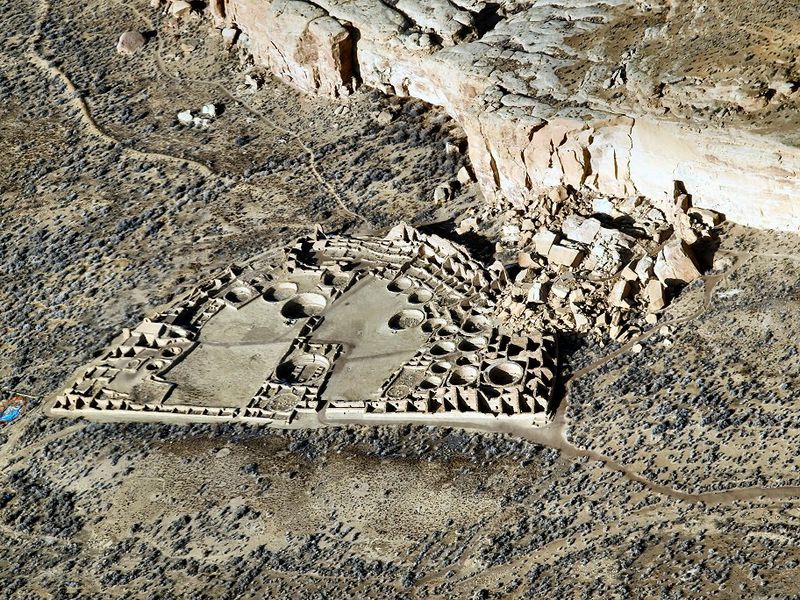 I’ve been noodling all week about what form a sustainable tiny house city might take. While my recent online wanderings into the city planning of Black Rock City got me started on this quest, its overall design is really geared for the week-long Burning Man event.

Models for truly sustainable cities would need to focus on other requirements in order to meet the year-after-year needs of its residents. This is why these particular ancient places popped back into my mind.

Pueblo Bonito (above) was occupied for about 300 years starting in AD 828 and had between 650 and 800 rooms over 2-acres of land. The total peak population is unknown; some estimate it had been the home to several thousand people and others suggest it was home to less than 100 and served as a ritual or trading center.

While the potential peak population estimates fluctuate greatly, most agree that Chaco Conyon became uninhabitable due to a combination of local deforestation and an extended drought. Sadly this makes Pueblo Bonito an excellent example of what can happen when non-renewable natural resources are exhausted and water runs dry.

Cliff Palace (above) had about 150 rooms. It’s estimated that it took about 20 years to build and was continuously inhabited from about AD 1190 through c. 1260. Drought is suspected as the main cause for it’s abandonment.

The Puye Cliff Dwellings have a similar story. It was the home of about 1,500 people and built into the top and sides of a mesa. It was abandoned in 1577 due to drought, after several hundred years of occupancy.

Not all the ancient cities of the southwest were abandoned. The next two, the Hopi Mesas and The Taos Pueblo have been continuously inhabited for hundreds of years. Some say more… and I tend to believe them.

While living in the southwest I never had the opportunity to visit the Taos Pueblo, but I did spend about a month (two two-week visits in 1984 and 1985) staying with a family in Shongopavi, a Hopi village on Second Mesa.

The lessons that can be learned from these ancient communities can (and do) fill many volumes, but after you’ve dug through it some core lessons emerge.

I think the core requirements for a truly sustainable city (or civilization) must include these things. It may also be obvious that I might be thinking our current global civilization has been headed down the wrong path for some time.

Instead of spending too much time dwelling on how wrong we’ve built it, and how vulnerable we may be, I like to spend my time thinking about how we might build something better, inspired by the wisdom of the past. 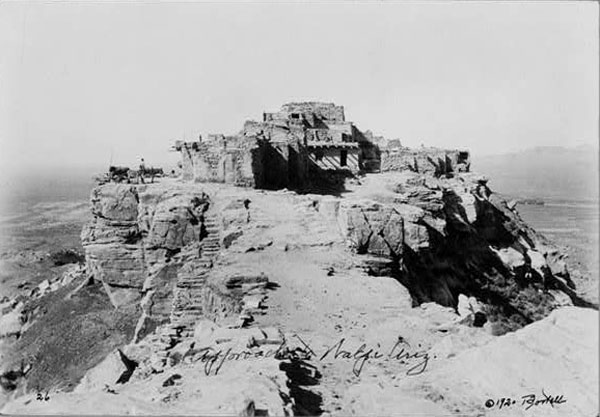