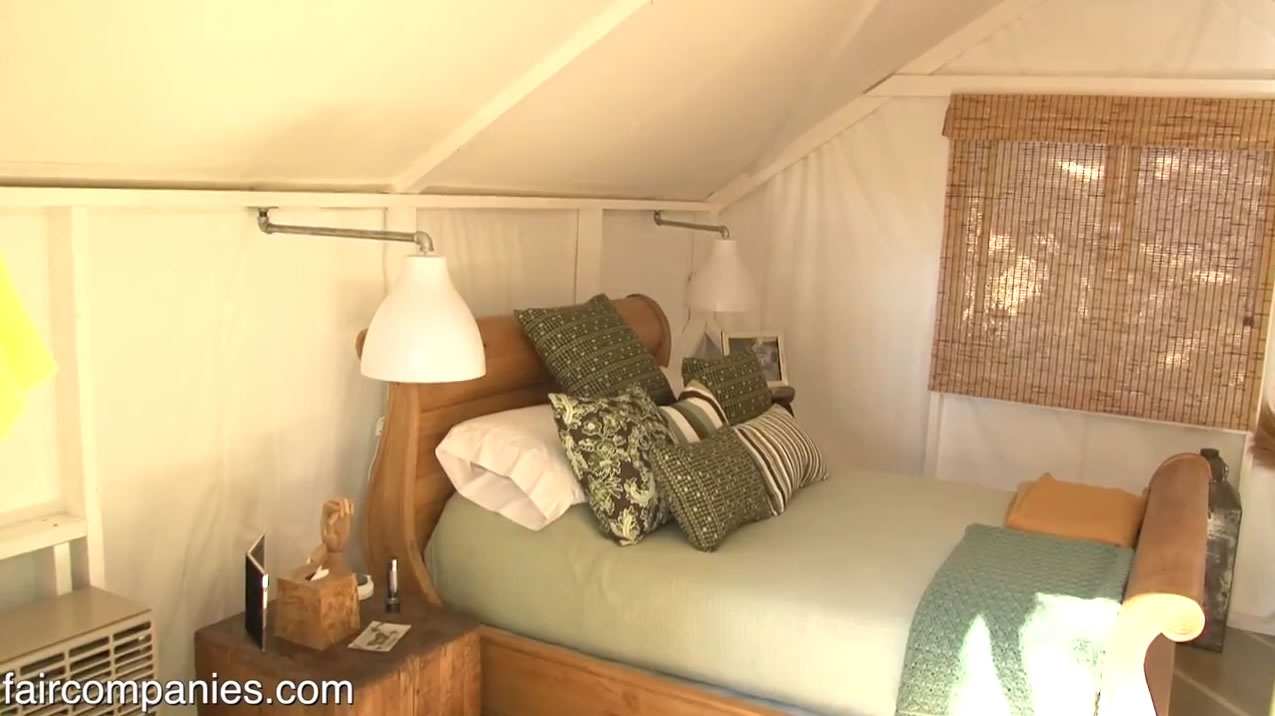 Recently Kirsten Dirksen visited Glen and Gerry at their unusual home in northern California. It’s a tiny tent cluster of three tents they  connected with a series of decks and paths. Mostly they live outside, cook outside, and bathe outside. The temperate climate of California makes that possible.

When they first bought the land their intention was to build a home, but first they wanted to experience the property to help inform the future home’s placement and design. But something about outdoor simple living must have convinced them that their tents were the way to go.

They bought the tents from a company called Sweetwater Bungalows and made some careful customizations. The main tent measures 14′ by 20′. The master bedroom tent and guest room tent are smaller. An old shed left by the previous owner serves as the bathroom but the shower is outside.

Everything was done on a frugal budget – but their careful attention to detail shows clearly in the style and presentation of the place. It’s really amazing that so much could be done so well with so little. My kudos to Glen & Gerry! 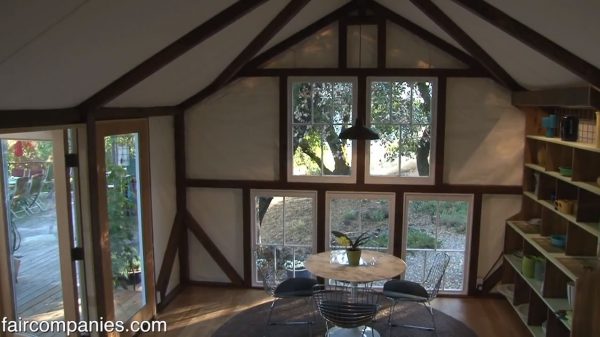 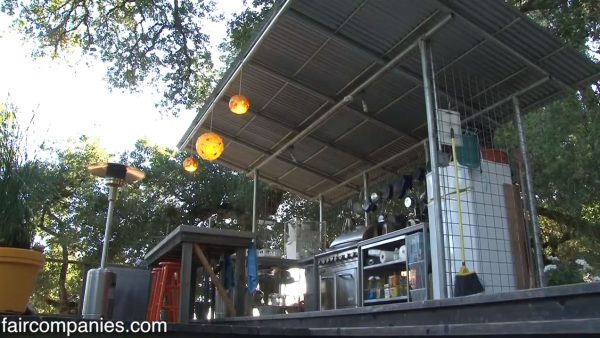 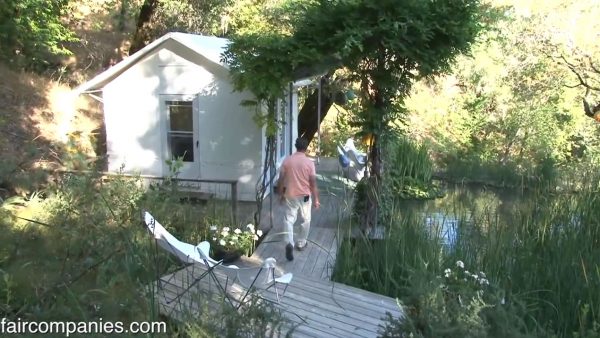