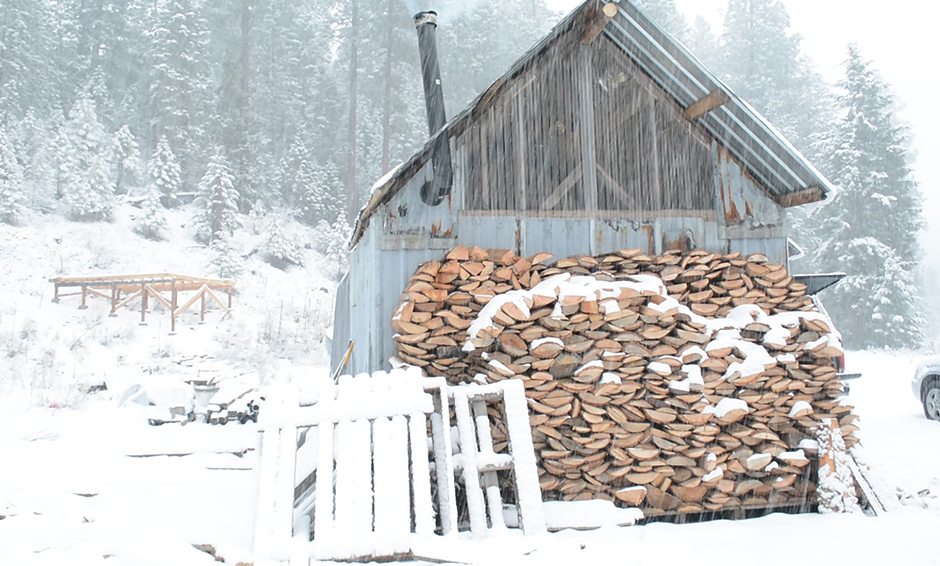 Here you see a tiny 10×12 cabin nestled in the snowy woods that was built 95% with reclaimed materials. As the cabin was built with salvaged materials that were gathered for an extremely low cost, the entire cabin was built for just $300. The builders of the cabin are a young couple in the Pacific Northwest that are on a journey of developing a sustainable, off grid homestead, and this was their first larger build project.

There is more to this cabin than meets the eye. From one angle, it appears that there is nothing more to this than a tiny cabin. However, this is actually a three­sided cabin that was built onto the end of a portable RV garage. Since this young couple didn’t want to rent an apartment while building their home, they decided to live on their land in a travel trailer but as winter was approaching, it became obvious that their portable RV garage wasn’t going to be enough to protect their RV from the elements. They were going to need to do some winterization to keep their pipes, tanks and pump from freezing. Winterizing an RV is a lot easier when you’re on the grid than off the grid as relying heavily on electricity isn’t an option.

The cabin addition houses a wood stove as it would not be safe to put the wood stove in the carport. When the wood stove is fired up, the temperature of the inside of the cabin sits at around 68 degrees Fahrenheit, even when it’s 10 degrees outside. When their generator is on, they’re able to hook up a couple of air movers to circulate the warm air to the back of the insulated carport. So far, the combination of the wood stove and the air movers is enough to keep things from freezing, and should get them by until spring when they will begin construction on a more permanent dwelling.

To follow this young couple on their journey of developing an off grid homestead from scratch, be sure to visit their blog Pure Living for Life as well as their social media channels including Facebook , Instagram and YouTube .

YouTube video talking about the project in more detail: 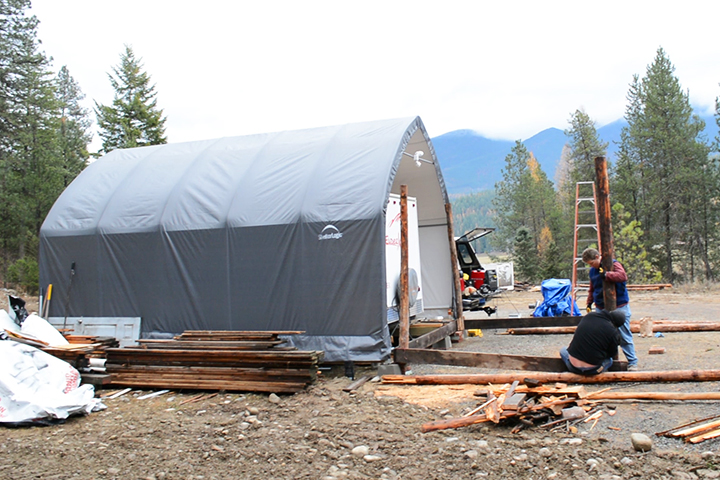 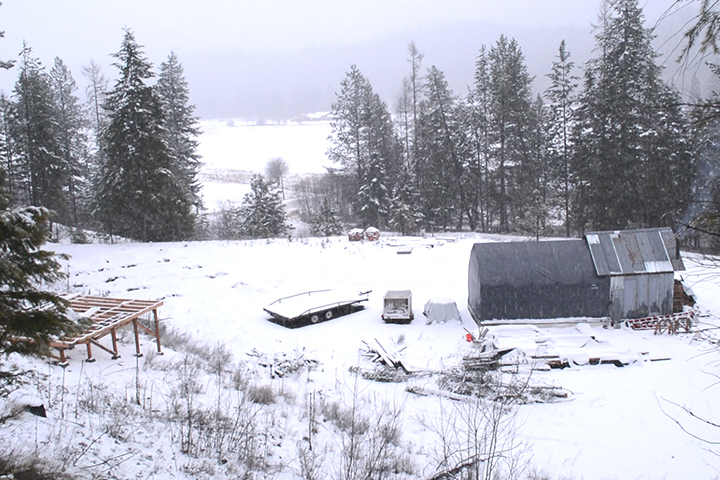 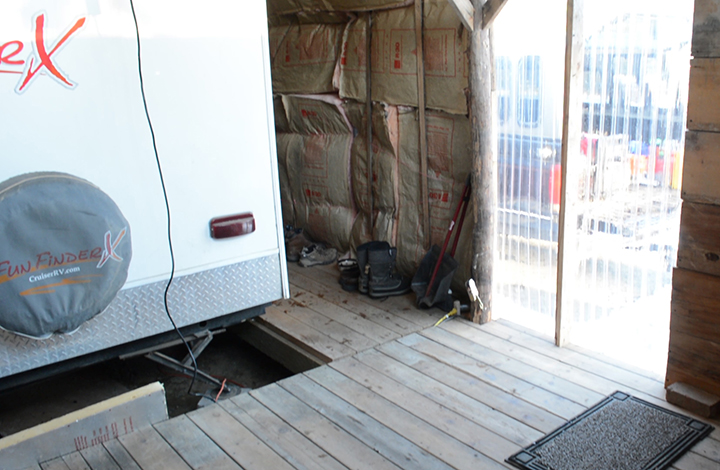