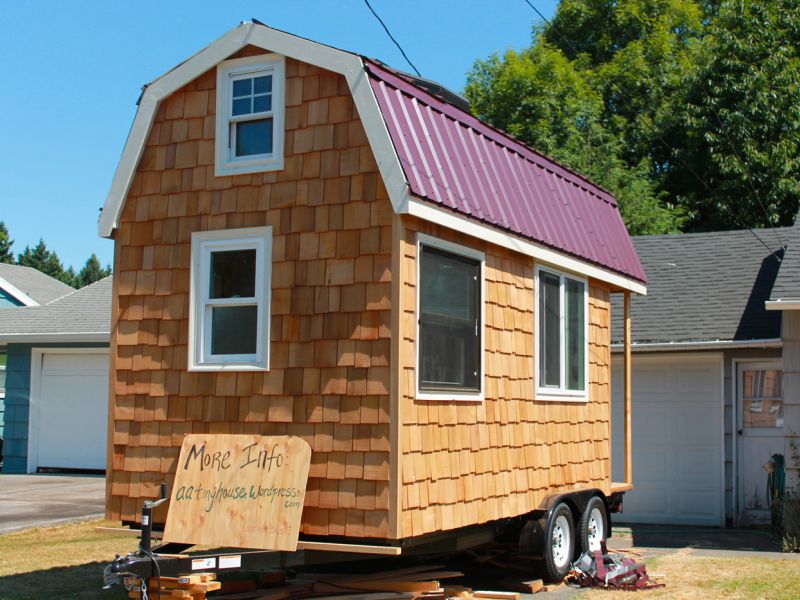 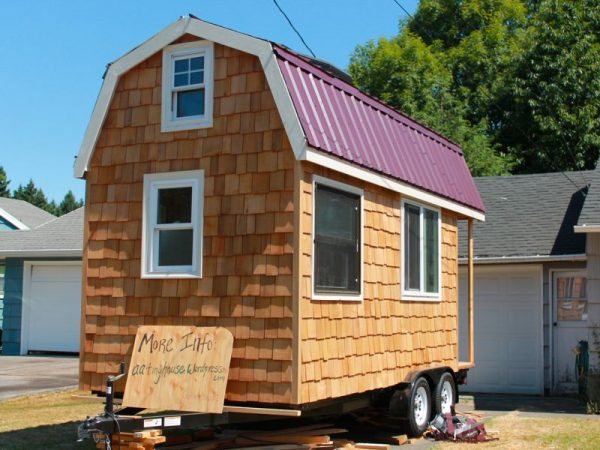 April Anson is a graduate student at the University of Oregon. She built this tiny house instead of choosing to rent, and plans on living in the home while in school and possibly beyond. She recently spoke at a conference and presented a paper on tiny house rhetoric and philosophies which was well received. April posted the following on her blog:

” I am happy to report the paper was so well received that not only did I field enthusiastic questions of interest and support, I was also asked to speak at the 2014 Sustainability Symposium at Concordia College in MN. I must say, I was very much encouraged by people’s responses. As my paper was a critique of some of the problematic and privileged romantic rhetoric surrounding the tiny house movement, I was nervous that the critique would come of as non-constructive criticism. In fact, it was just the opposite. The talk roused interest as well as very productive discussion on some of the unique potential in the movement, and how the movement might be developing.”

I suspect folks like me are partially responsible for some of the romantic rhetoric, so I’d love to read the paper. 😉

Below are more photos of April’s wonderful tiny home. We don’t see too many gambrel roofs on tiny houses but as you’ll see below, they can really add a lot of interior headspace – especially in the loft. 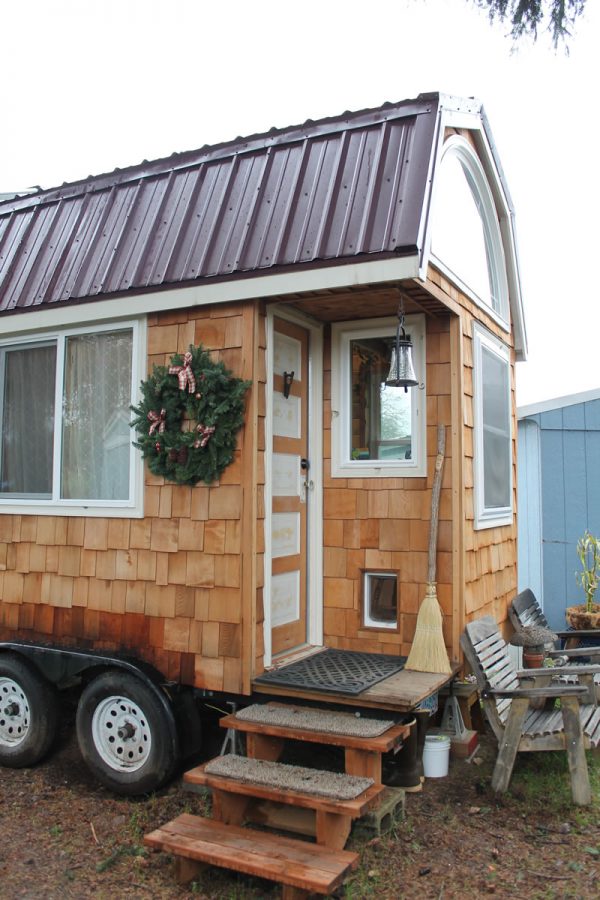 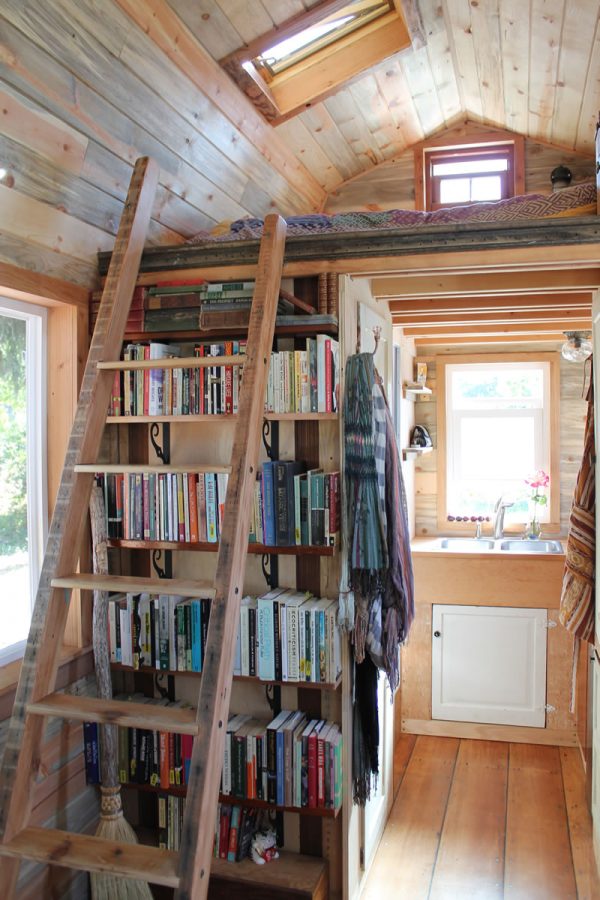 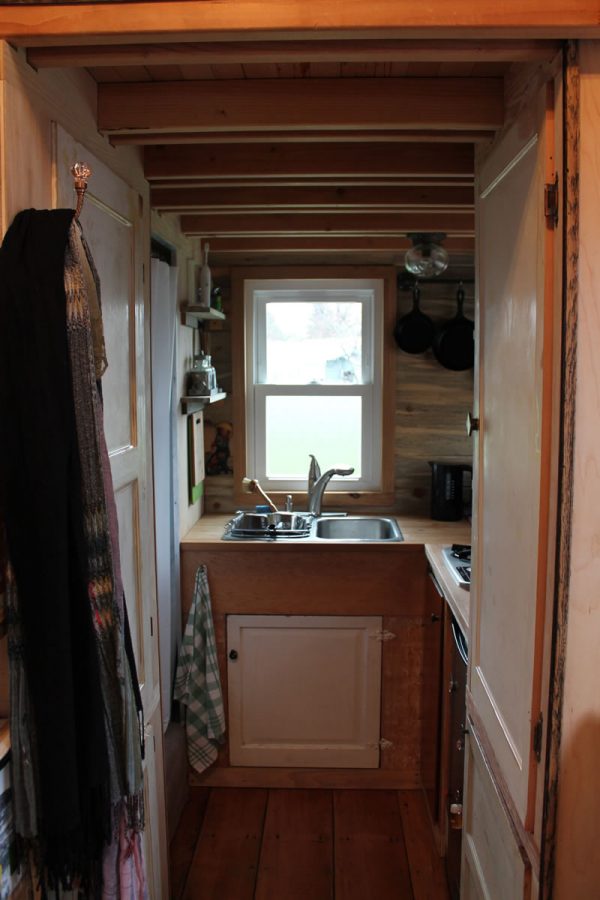 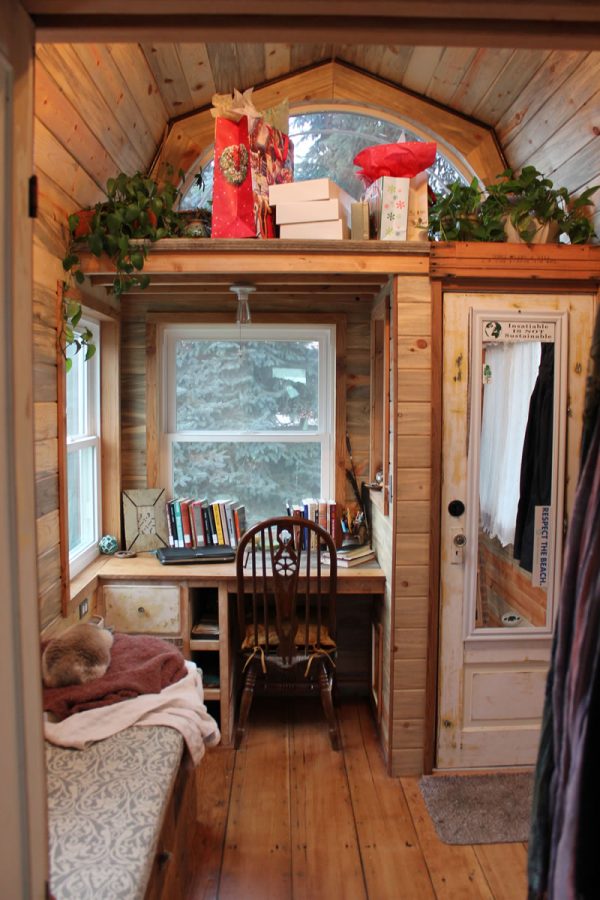 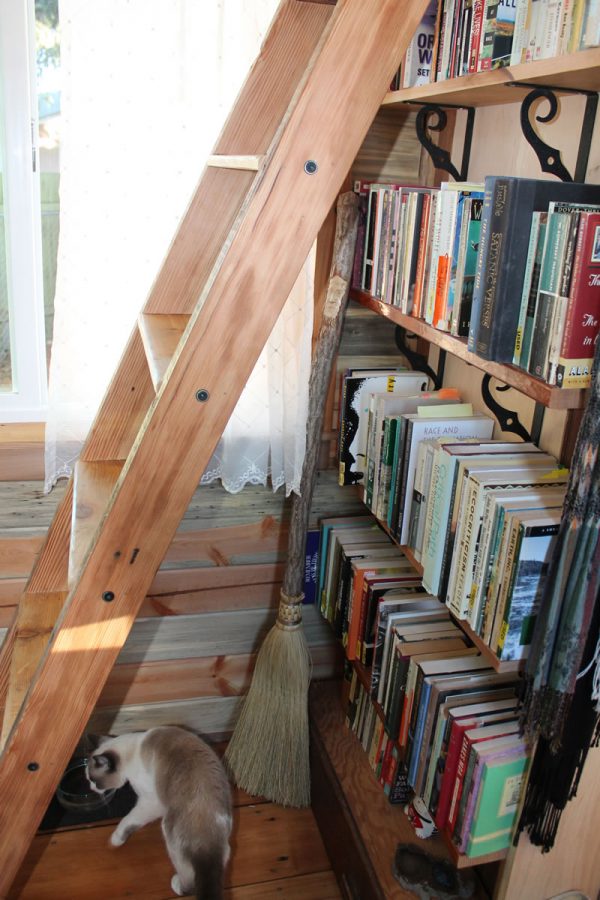