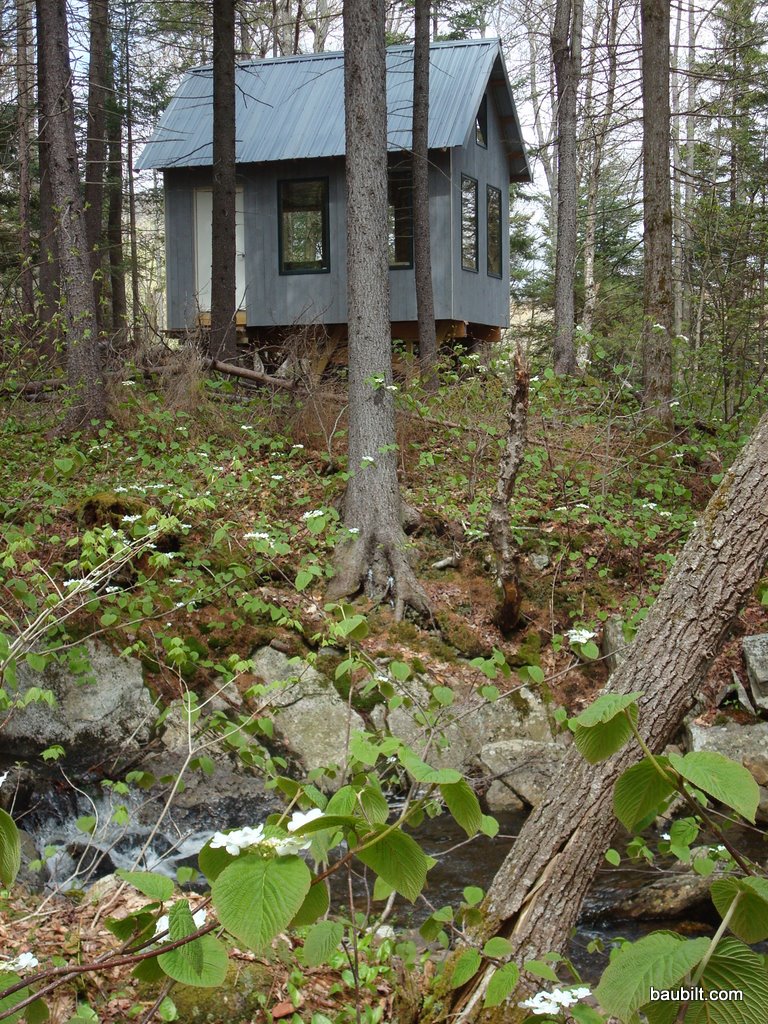 This tiny cabin is perched on a boulder overlooking a rushing stream in southern Vermont. It was built by Karl Ulrich and measures 10′ by 16′. He designed it to be built in less than 14 days for under $10,000.

To avoid building permit trouble he carefully researched local codes and found a classification that could be used to describe his project, an accessory building (a shed). This also meant that the building had to follow those rules and could have no water in or out. It also could not technically be a habitable space but that didn’t mean it couldn’t be perfect for the occasional visit, which is how Karl planned to use the cabin.

Karl launched his Baubilt blog in January 2010 but it’s already packed with useful and well written content. I’ve already bookmarked his RSS feed and look forward to seeing what else follows. Great work Karl, thanks for sharing your story!

Photo credit to Karl Ulrich. I first spotted this on materialicious.