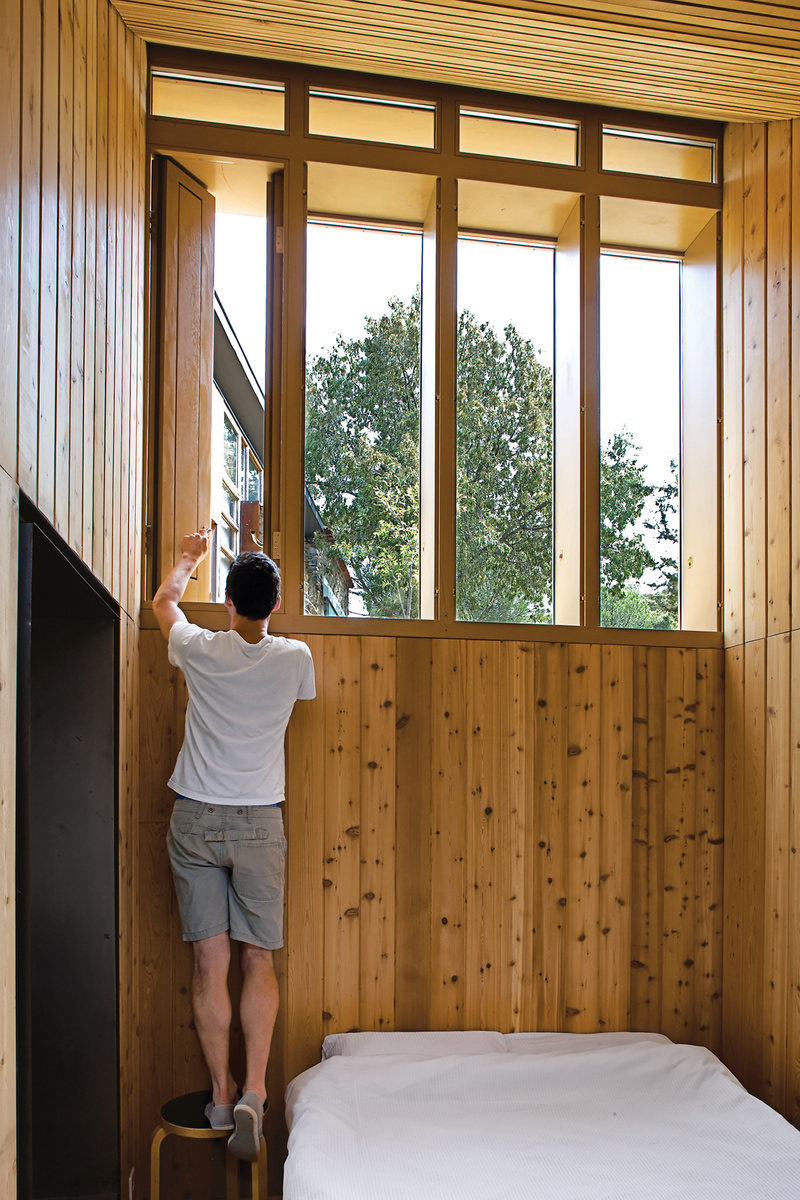 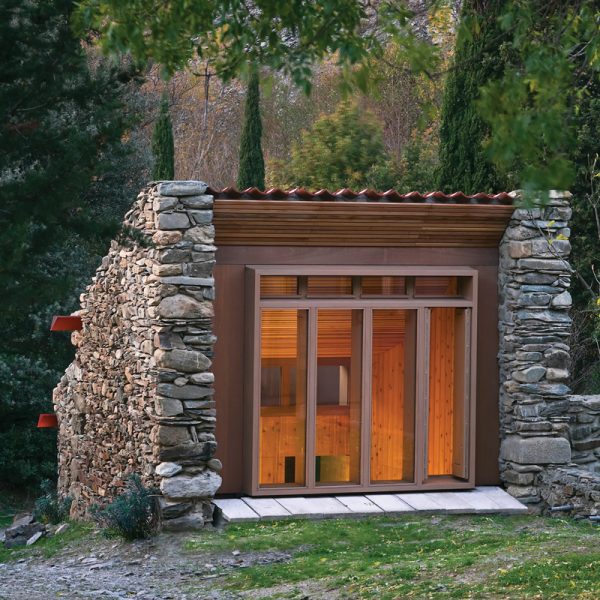 An old mill in southwestern France built in 1822 served as the basis of this small 2 bedroom, 215 square foot cabin. Londoners Anthony and Gillian Blee bought the property in 1981 and began the transformation in 2010 with the help of Blee’s design partner, Lee Halligan.

They prefabricated panels that would fit in the back of a van and brought them to the site for assembly. The property if off the grid which added to the challenge of bringing such a dwelling back up to a habitable state. Some solar panels were setup nearby and 12 volt lighting is used. A power inverter allows some electronics to be used as well, like a laptop computer – but otherwise the solar system is small and simple.

Heating comes from a wood stove which is situated in an old unneeded doorway between two rooms. The house sits on a north facing slope making passive solar heating options more difficult. Large windows were used in the south face to let light in and an eave is used to shade the windows in summer months. Other thermal advantages are that the cabin has some thick stone walls and is partially buried underground – thermal mass always helps even temperatures out.

See more of this cabin at Dwell. Photo credit to Sarah Blee. 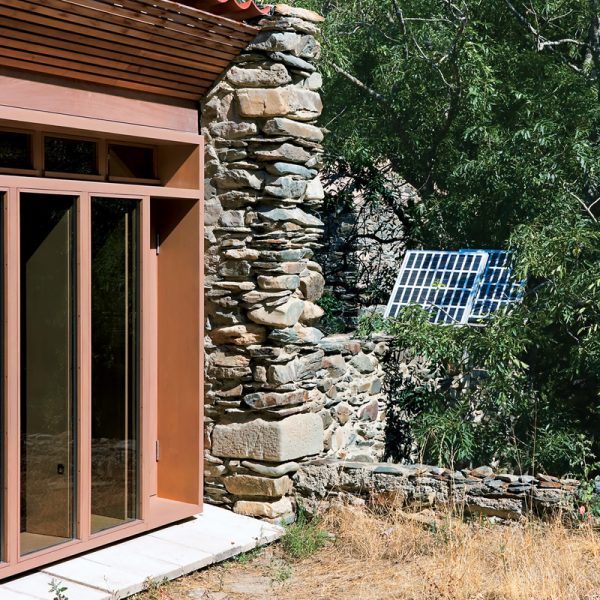 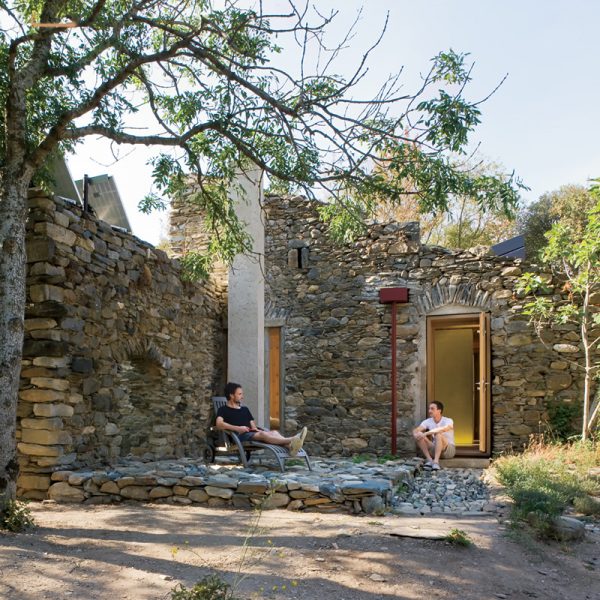 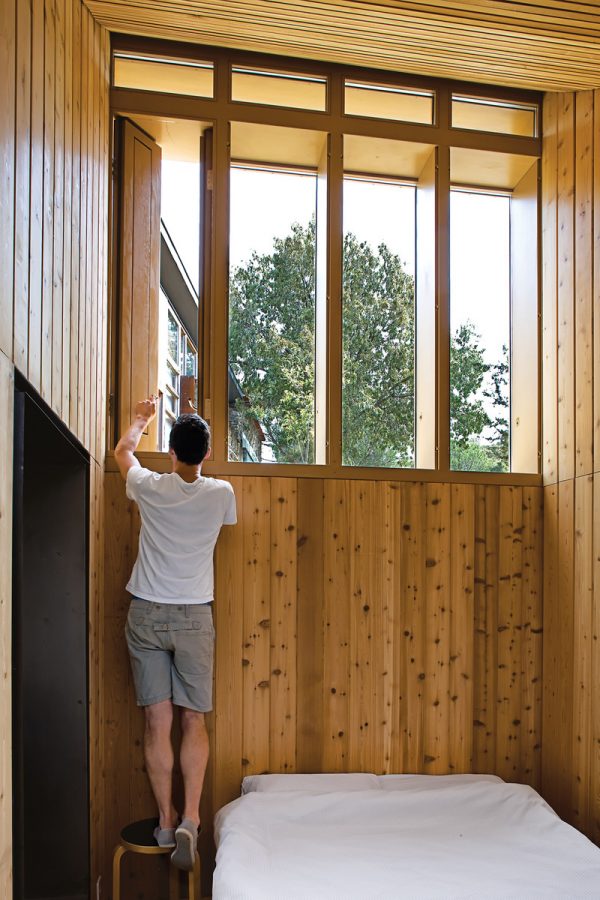