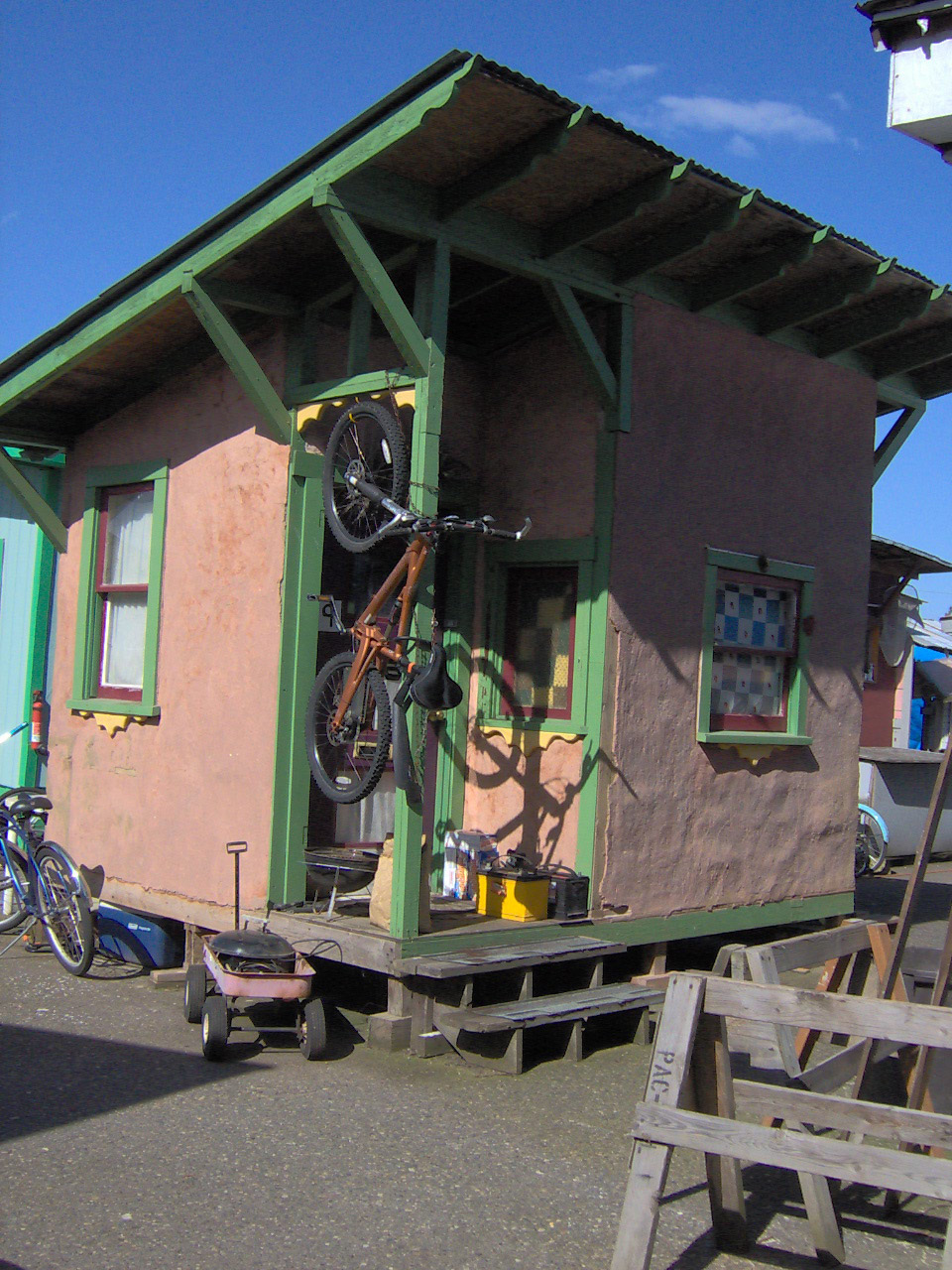 One of my regular readers, Malcolm, reminded me tonight about a tiny house village in Oregon that was established by a group of homeless folks through successful acts of civil disobedience. The city of Portland now accepts the existence of Dignity Village as a self-regulating, city-recognized “campground”. The Portland City Council has guaranteed the community’s existence through at least 2010 (source). The tiny homes are often built from salvaged building materials by the occupants themselves. 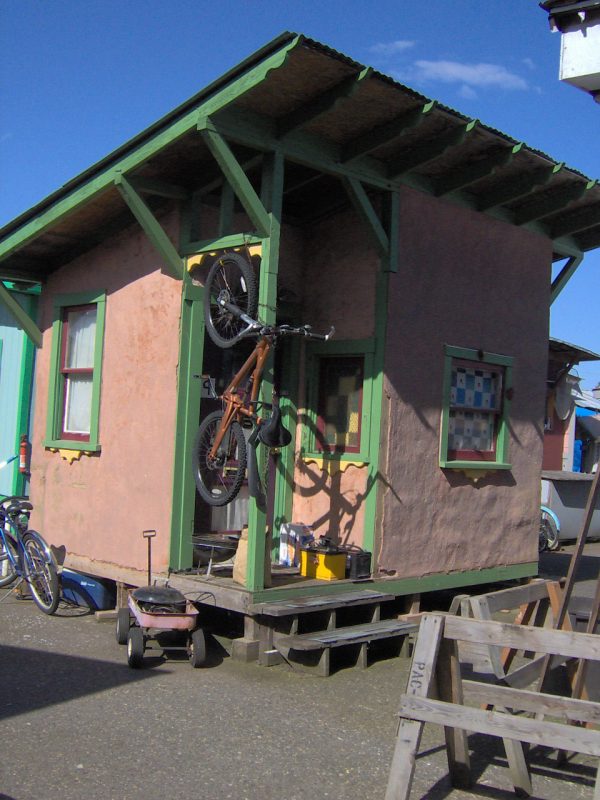 There is much written about the origins and governance of this community on wikipedia and the Dignity Village website but I wanted to point out two very important aspects of communities like this that may go unnoticed.

Empowerment is powerful stuff – The first is that by allowing people the freedom and space to find solutions to their own problems their spirits are reinvigorated amplifying a sense of hope and pride in each individual. This opportunity of empowerment in itself can wipe away the biggest road blocks and allow people to rise up and take back their lives. Often all society needs to do is get out of the way.

Better for everyone – The second is that communities like these can be successfully self-governed, safe, and even a valuable additions to the community. It’s also arguable that villages like this could help people get back on their feet faster simply because it’s easier to succeed in a safe and nurturing environment.

To learn more about this village in Oregon visit the Dignity Village website. Photo credit wikipedia and Google Maps. Thanks again for the tip Malcolm! 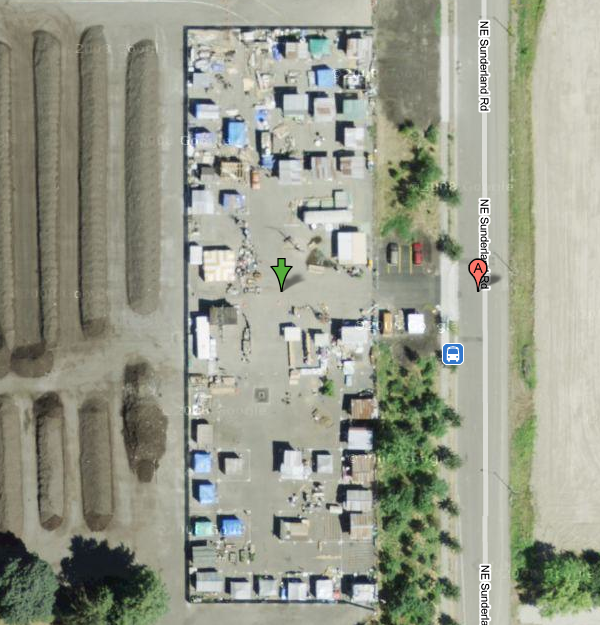 Above: A screen shot from Google Maps showing the actual layout of Dignity Village just outside Portland, Oregon.

Below: Two more photos of the tiny homes you’ll see at Dignity Village. 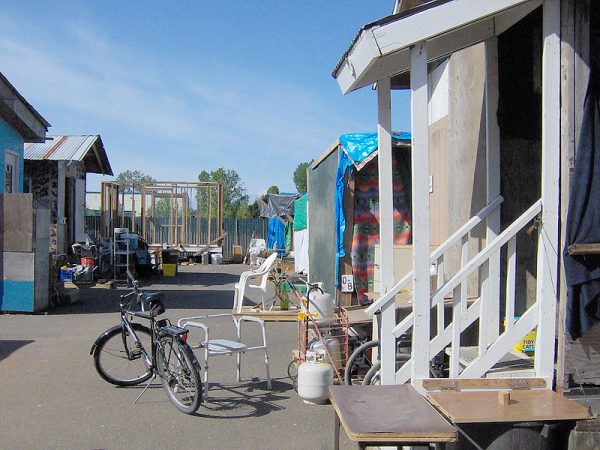 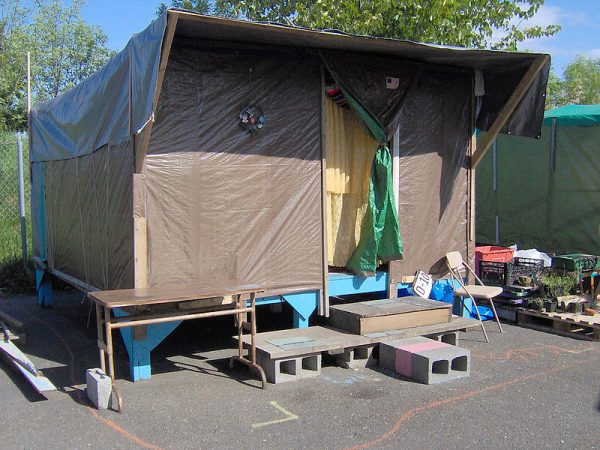