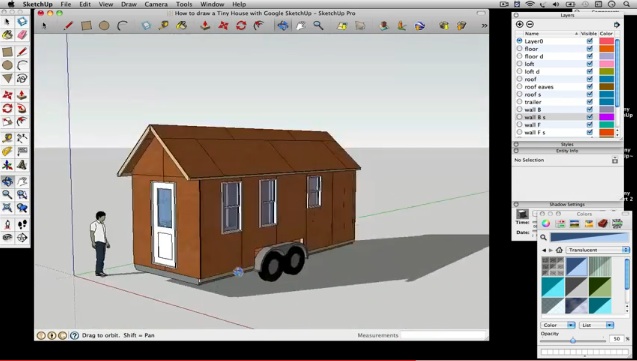 In the fourth part of this Google SketchUp tutorial I show how to draw the front door, windows, and exterior trim. By the end of this clip the house is really starting to look like a complete tiny house and only needs siding and a finished roof, which I’ll cover in part 5. In part 6 we’ll move inside and draw interior walls, bathroom, and kitchen. Be sure to follow along on YouTube by subscribing to the Tiny House Design YouTube Channel.