Home
How To
How to Move Yourself Off The Grid 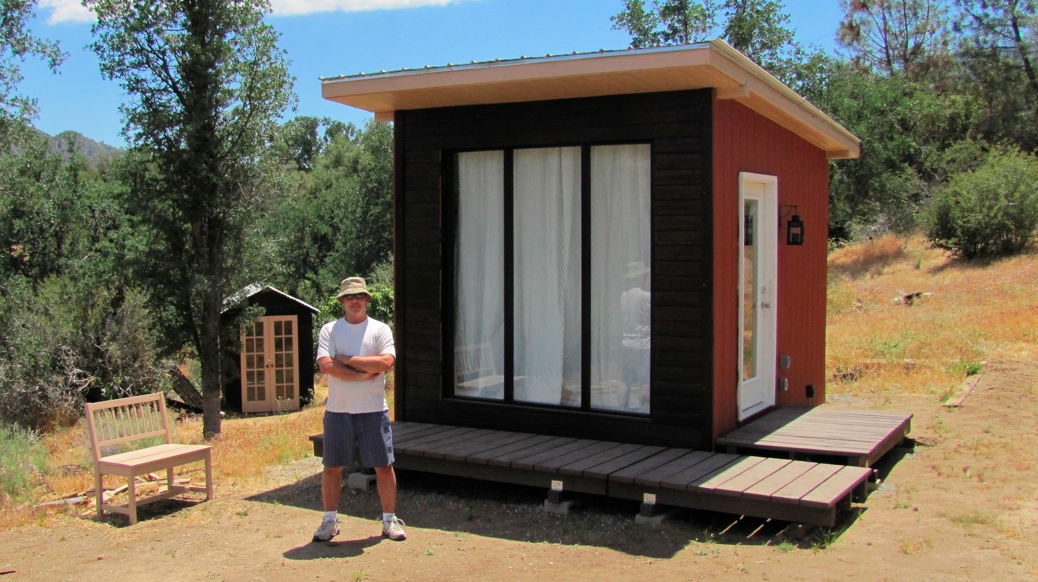 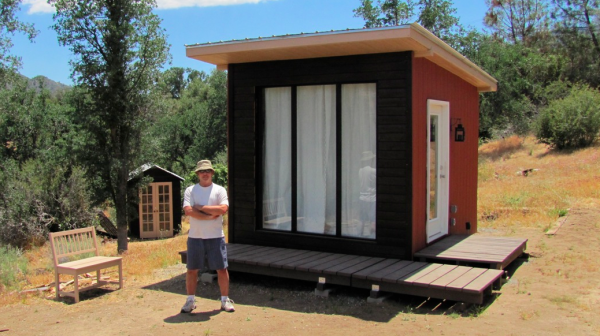 It’s easy to take flush toilets, grid-power, and fresh water on tap for granted. I can’t blame any of us for thinking that all these modern conveniences are normal… it’s the onlynormal we’ve known. Due to this most folks have a hard time imagining an off-the-grid life because it’s not clear what’s needed to make the leap.

So here’s a crash course in practical and sustainable solutions for moving yourself off-the-grid.

Photo of The Urban Rancher and his off-grid cabin.

Flush toilets are really insane when you stop to think about what they do. They begin by taking several gallons of perfectly good drinking water and mix it with a little pee and poop to produce sewage. Sewage is a mess and really hard to turn back into safe drinking water; but it is easy to transport to treatment plants through enormous networks of pipes, an infrastructure that need regular maintenance. To clean it up, chemicals are used to treat the water which in-turn keeps everyone in the chemical business very happy. Isn’t there a better way!?

Humanure Handbook – A fellow by the name of Joseph Jenkins has actually written an book on the topic called the Humanure Handbook.  He’s also designed a toilet nicknamed, The Lovable Loo, which is essentially a 5 gallon plastic bucket in a plywood box. You might also hear these toilets referred to as sawdust toilets because sawdust is literally used to cover the deposits between visits.

The other component you need with this system is a dedicated compost pile out in the backyard with enough space to cook your poop for two years. The stink stays buried in the compost pile under a layer of straw. When you need to add a bucket load you simply pull back the straw, add the fresh material, and cover it back up. So there is some stinky work involved but the the chore is a simple one. This may also be the most sustainable, low-tech, and safe way to turn our waste into something useable.

Commercial Composting Toilets – If the virtually free sawdust toilet seems far too gross, consider spending around $1,000 for a commercially produced composting toilet. These units work swiftly to decompose the material making them more palatable by most folks. If you move your tiny house around a lot this kind of system would be much more practical than a Lovable Loo too, because it’s self-contained and required no backyard compost pile.

Another somewhat tricky waste material to dispose-of is the runoff from sinks, showers, and laundry. This is referred to as greywater which will still have traces of human waste in it, so it can’t just be left to run down the street. In a normal house this water is mixed with sewage to make more sewage. Seems kind of silly doesn’t it?

The solution is to reuse and/or treat the water right there on-site instead of funneling it down a sewer line to a treatment plant miles away. There are many different high-tech and low-tech ways of dealing with greywater but if you choose to build a tiny house be sure to consider handling the plumbing for your sewage separately from your greywater. The people at Earthship Biotecture have an incredible greywater system that is built right into homes and could serve as a model for any home’s future greywater system.

Instead of drilling a well or tapping into municipal water sources, consider collecting rainwater and storing it in tanks for year-round use. Rainwater harvesting is becoming more and more popular because it’s so simple and low-cost. It can also be perfectly healthy to drink with a little filtration. I wrote-up a detailed post on some ideas for rainwater harvesting which you might find useful.

The power grid is an incredibly complex network that requires constant maintenance and monitoring. The entire system is actually incredibly inefficient. For example, line loss, literally the resistance in the wires, sucks electricity from the system before it reaches its destination in your home. To compensate the utility company has to produce more just to defeat the inefficiencies of the system.

Imagine a world where people made their own clean electricity at their point of use. For such a system to remain low-cost we’d need to learn to use less power and move way from using the energy hogging appliances that grew-up dependent on fossil fuel sourced grid power. We’d also need to invest in our own off-grid systems up-front. The good news is that alternative power options are coming down in cost.

Photovoltaic (PV) Solar Panel – Most folks these days are familiar with this technology, panels that produce electricity when exposed to direct sunlight. For a tiny house and a frugal occupant a few solar panels, batteries, and some simple electronic control equipment may be all that’s needed for an off-grid electric system.

Wind Turbine – If you tend to stay put and live in an area with ample wind, a small wind turbine can be a great addition to an off-grid system because it increases the diversity of you power sources. Many off-grid systems also include a backup generator that is used to charge up the batteries when the sun is not shining. By adding other renewable sources of electricity, like wind and hydro, you can reduce your dependency on fossil fuel burning generators.

Micro-Hydro – If your land has water running crossing it, and you have water rights to it, you may be able to tap a small portion of it and spin a small turbine. This can be one of the most reliable and steady ways to produce electricity because as long as the water flows you have water.

All that is needed is a drop in elevation between the inlet and the turbine, some pipe, and a way to get a small portion of the water out of the stream and delivered to the tiny turbine. The inlet can simply be a submerged bucket with a pipe connected that brings the debris-free water downhill to the turbine.

In most modern homes natural gas, propane, and heating oil are the common fuels burned. But we’re really beginning to see the true cost of using these limited natural resources. If we moved from being dependent on fossil fuels to using renewable energy sources we’d significantly reduce the risk of rising energy costs and continued environmental impacts.

Wood – Burning wood is actually a carbon neutral way of heating a home. When a tree grows it absorbs carbon. When we burn it it releases that same carbon. If we use a highly efficient wood stove in a small living space we can actually get through the winters with little environmental impact and effort. The problem with burning wood for heating a large home is that it would take acres of trees to make it sustainable. Heating a small home requires less energy input which in turn reduces the cost, impact, and effort needed to stay warm in winter.

Methane – Some inventive folks have actually built systems that produce mathane gas from their waste, both human and vegetable. It’s rare to come across this kind of a setup, and they are reportedly a bit tricky to operate, but they can provide a renewable natural gas for cooking and heating.

Alcohol – I’ve not seen this done a great deal but the idea of having a small still for distilling alcohol for burning in an alcohol stove may be a viable alternative on a small scale.

In this modern world it’s hard to imagine life without fossil fuels, flush toilets, and fresh tap water. Actually I think it’s perfectly logical to say that without these things our lives would be very different.

Tiny houses are much easier to maintain in good or tough times. Every time we take-on one more square foot, we increase the effort required to maintain our living space. Living more simply and sustainably lowers risk and can increase our opportunities to prosper.

Changing the way we think about the basics is the first step in changing the way we live. Imagining downsizing to a smaller home and owning fewer possessions is a giant step. But it’s a giant leap for most to learn to live without the reliance of modern conveniences. Most of us are still on the way there too, living with a foot in both worlds, testing the water and exploring. I hope this little introduction to alternative utilities helped move you forward.