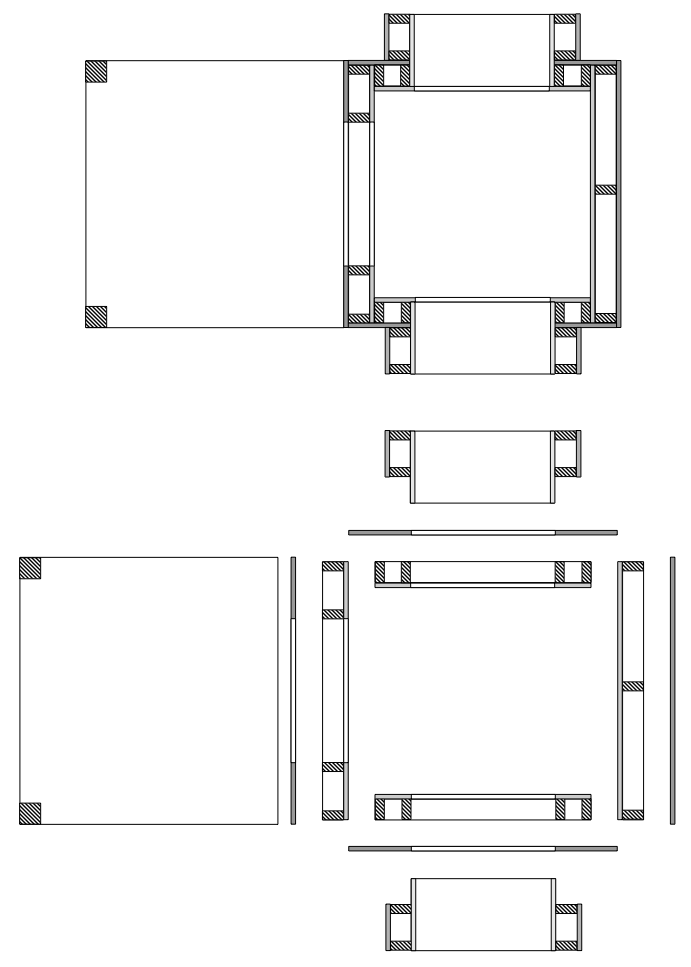 Last night I stayed up late drawing the framing plan of Nine Tiny Feet and posted the work-in-progress plans here at about 1:00 AM. I realized that there had to be a much more efficient way to enclose nine square feet. Well when I woke up I had an idea. Not sure why I’m suddenly obsessed with Nine Tiny Feet; blame it on the arrival of spring.

Instead of framing it like a normal house I think it makes more sense to build panels, screw them together, wire, plumb, insulate, and cover them with the exterior plywood. The bay windows would be built-up separately and insterted into the window openings in the wall panels. The floor and loft would be built similarly. The roof would be framed in the usual fashion. By doing it this way many of the 2x4s in the walls are not needed and there’s more space in the walls, floor, and ceiling for insulation.

I think this will work because it’s so tiny and using the plywood as part of the structural framing will be fine. Here’s the revised framing plan and an exploded view so you can see how the separate pieces would be built and assembled.