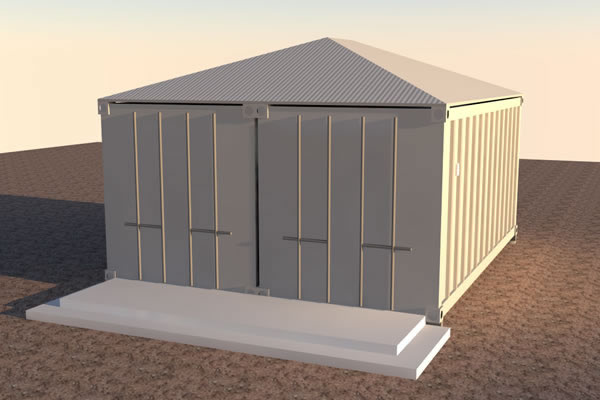 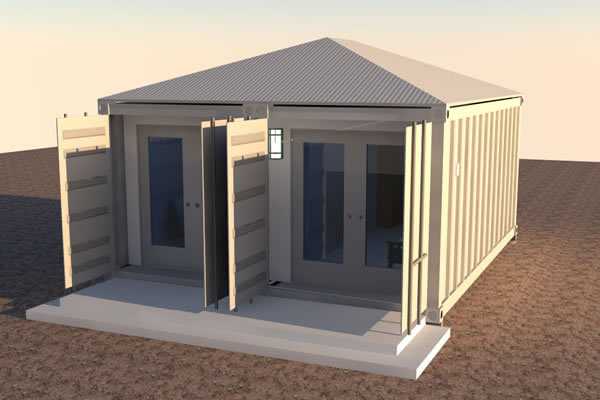 Building on the last shipping container concept it seemed logical to add another 20-foot shipping to see how much more space that could really provide. I didn’t do anything vastly different with the interior – mostly just moved things around. Instead of using the storage sofa/bunk beds this time I show two queen size futon sofa beds, making it possible for this space to sleep four people.

The kitchen also features a taller refrigerator and table for four. I didn’t add a range imagining that a portable hotplate could be used. I’ll spend more time working out the interior details in part 3 of this series.

You’ll also notice that I’ve drawn a shallow pitched hip roof for this version. This approach would be more fire proof than the large overhangs of the last design. You see when a wildfire come across remote buildings one of the easiest things to catch fire are open roof eaves. Boxed eaves (closed in framing) can help reduce the risk of a building catching fire so the absence of eaves plus a metal roof and exterior should be even safer.  I can’t say I like the way this roof looks but like the utility of it for a remote cabin.

On the interior, between the two containers, I’ve drawn just two 3-foot wide doorways. With proper supports the entire wall could be removed but to add a little more privacy for the two bed areas I thought this might be worth visualizing. The more holes you cut into shipping containers the weaker the containers become – or at least the more they need welded-in reinforcement.

If you’d like to play with this drawing in SketchUp (+ Podium V2) you can download the original SketchUp file here. I’m still using a demo version of Podium (15 days left) and growing increasingly fond of it – so I may need to spring for it eventually. 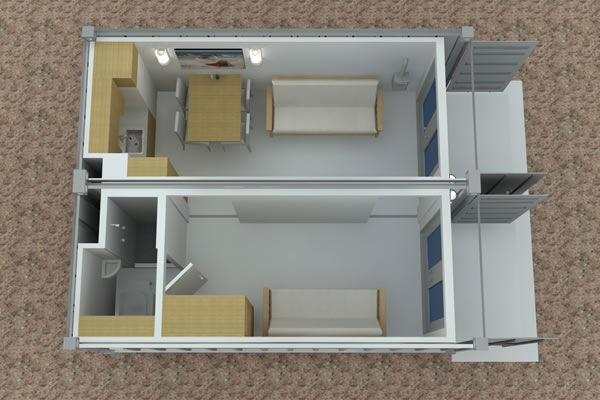 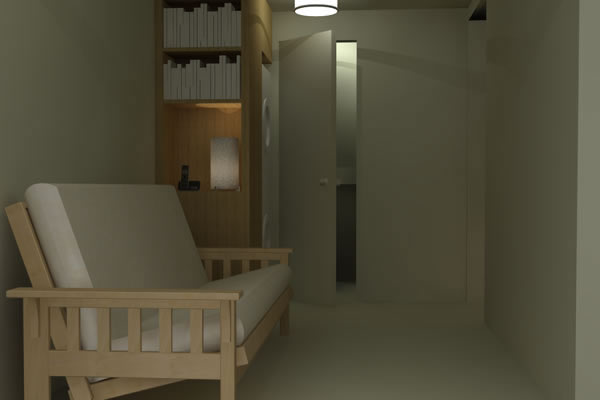 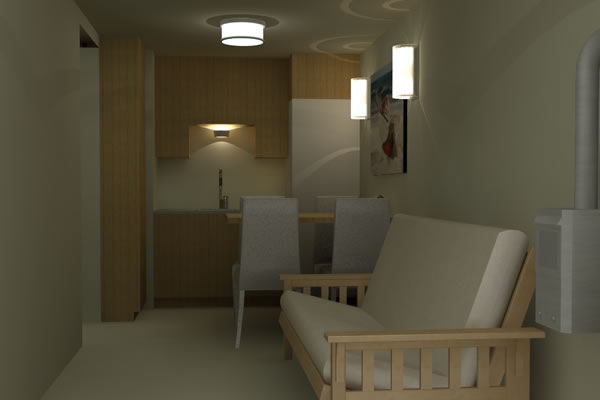 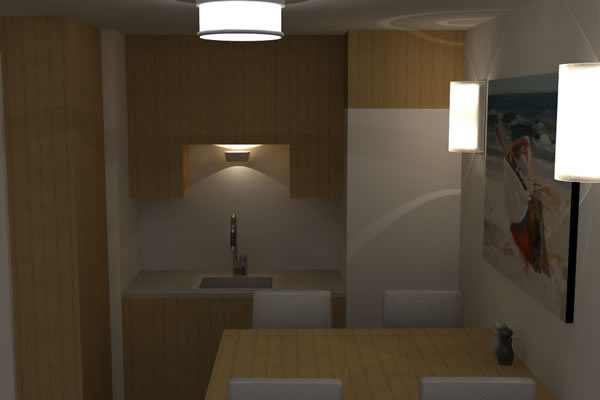