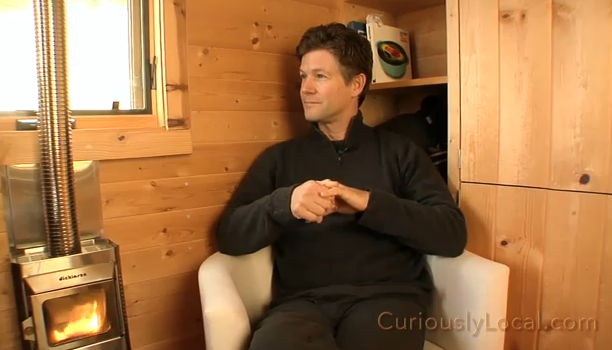 In the following interview with Tumbleweed Tiny House Company, the original founder Jay Shafer, he describes some of his initial motives for choosing to live in a tiny home. Civil disobedience was one item that topped the list. Demonstrating that size was not a requirement for safety, prosperity, or happiness was (and still is) one of Jay’s primary motivators.

Most of us can identify with this aspect of tiny houses, and it’s true, in some circumstances living in a tiny house can be illegal. But there are a lot of good reasons beyond Civil disobedience for choosing extreme downsizing. There are also many people who are uncomfortable with the possibility that living in tiny houses might be illegal.

Jay does go on to describe some of the loopholes, like setting up tiny house communities on former mobile home park sites, where the zoning would permit tiny houses. But I wonder if these notable exceptions are overshadowed by his primary message.

I’m not knocking Jay for leading with his convictions – quite the opposite. But I wanted to emphasize that tiny houses can be legal to live in. The reason I’m taking a moment to point this out is that the number one question I hear is… where can I live legally in a tiny house? People want an affordable and legal tiny house option.

The problem is that tiny houses break many of the conventional rules for single family zoning. So if you were to ask your local building department for a permit to build a tiny 120 square foot dwelling on a permanent foundation, it’s likely that many changes to your design would be required including increasing the square footage.

This is not the case in all communities. Some places have far less restrictive rules, but determining which communities would allow tiny houses is as complex a puzzle as the diversity of the codes themselves.

The easiest way to avoid the building departments’ fees and regulations (typically speaking) is to build your tiny house on a trailer foundation. This was the loophole Jay used initially. The trailer typically puts the house in a category not covered by building departments – and under the much less restrictive governance of the highway departments.

So if you like the Civil disobedience aspect – more power to you. If you’re uncomfortable with breaking laws there are plenty of legal loopholes for you to work within. At the end of the day those looking for solutions will succeed and those looking for obstacles will stumble and fail.

For more ideas about where you can live legally in tiny houses read my post titled, Locating Land for Tiny Houses.

Here is the interview with Jay Shafer.