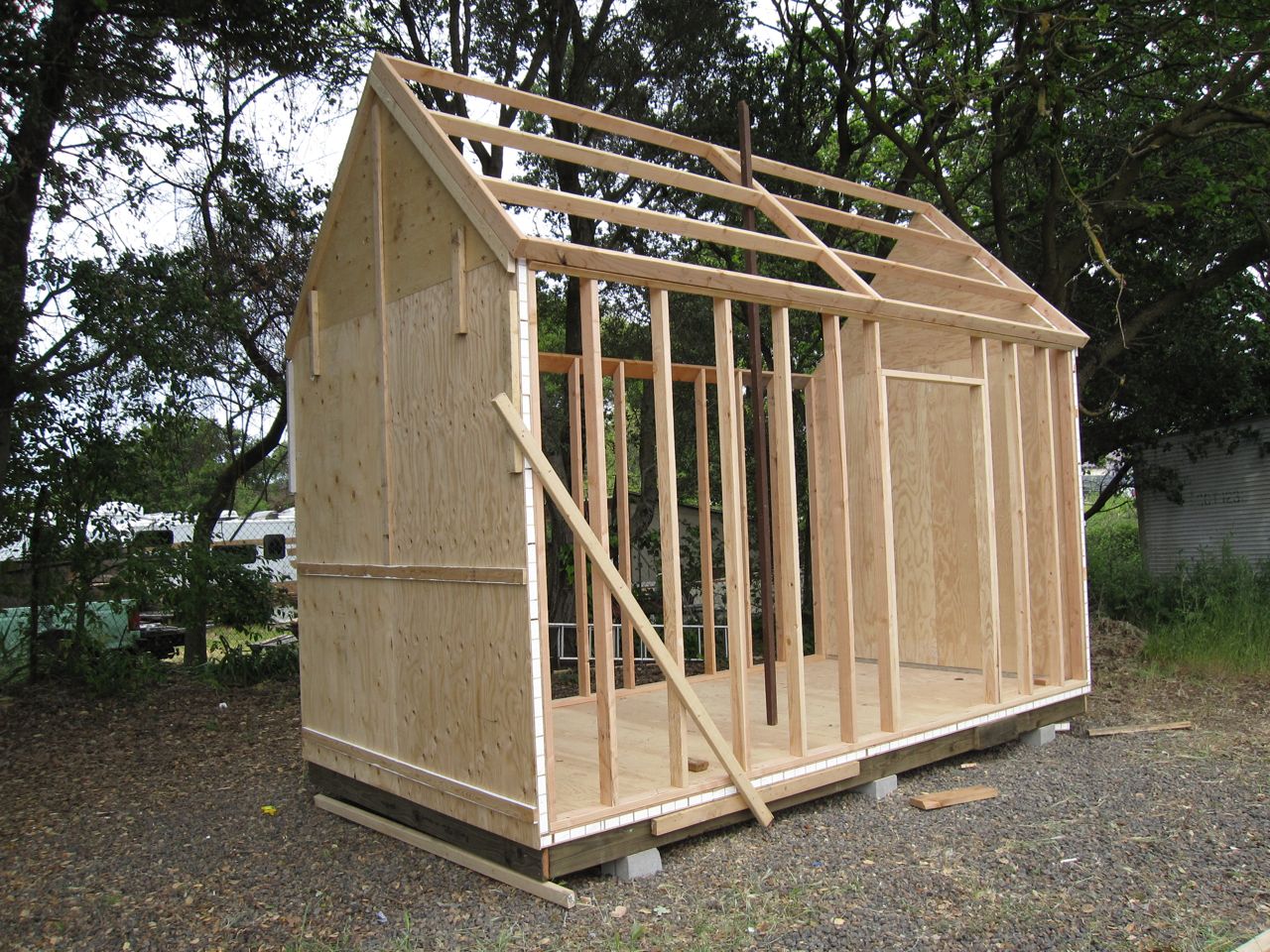 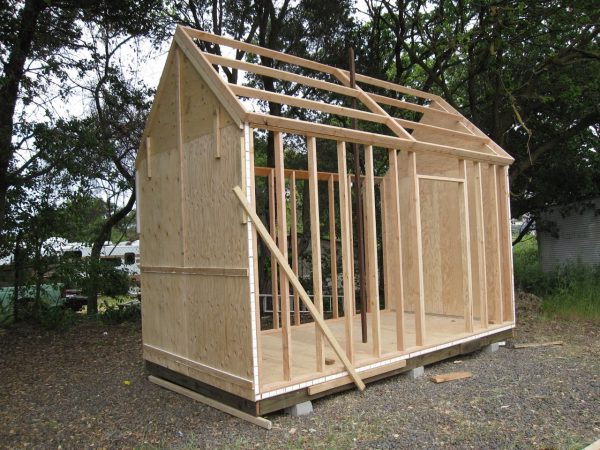 If you’ve been a reader of Tiny House Design and Kent Griswold’s Tiny House Blog for a while you might recall that a small group of us bloggers, designers, and builders got together for a visit at Jay’s Tumbleweed Tiny House in Sonoma County, California. Jay called it, a meeting of the tiny minds. You can read more about that gathering here and on Kent’s blog.

One of the results of that meeting was the birth of a collaboration between Kent and Stephen Marshall of Little House on the Trailer. The Sonoma Shanty is a simple 8′ by 15′ tiny house that can be built without permits in many communities because it technically meets the definition of a shed. The basic structure can be built quickly for the cost of about $1,200 in materials.

To make the design more accessible they’ve come up with several ways of delivering the solution to future tiny home owners:

To learn more about the Sonoma Shanty visit Kent’s Tiny House Blog and Stephen’s Little House on the Trailer. Here’s a video they put together to explain more.