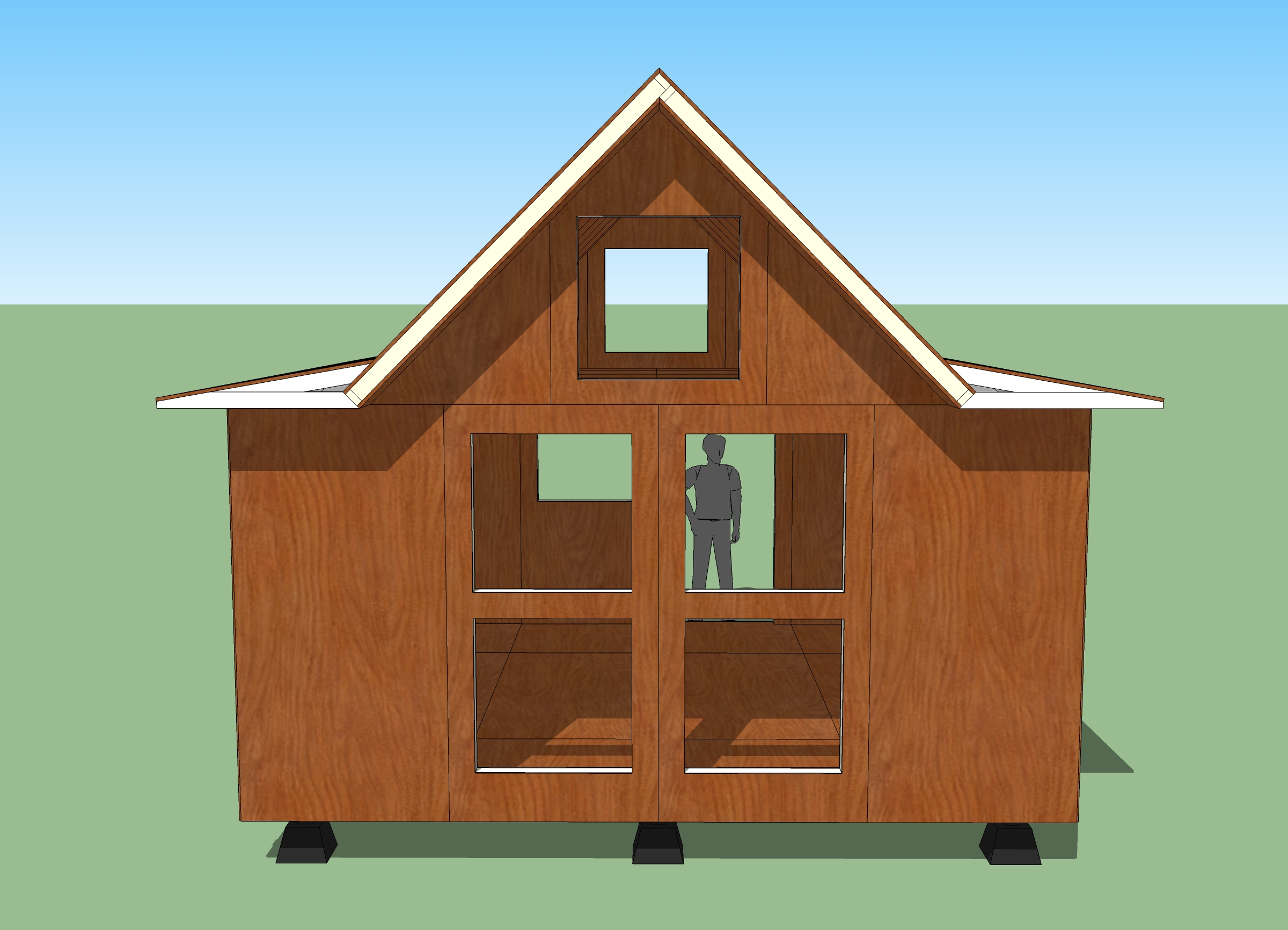 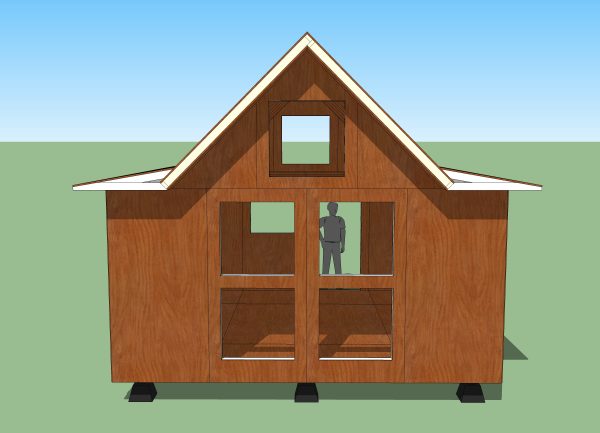 I’ve been working on this 16′ by 16′ design every night this week and wanted to share an update with you. I’ve worked out most of the prefab panel construction details and how they all fit together. The next step is to work out how best to arrange the interior so that five people (in this specific case, 3 adult women and 2 children) could live here comfortably. The final step will be to publish a set of plans so that someone could actually built it.

One of primary requirements for this house was that it should be easily built, assembled, disassembled, moved, and reassembled by the people who will live here. This is why the design calls for simple handmade prefab panels. The panels could be made out of a variety of different materials but I have it draw with common 2x4s and sheets plywood. The hardest part of drawing a house like this is to work out all the details in the plans so that novice builders could actually built it.

When I’m done with this design I’ll take the same components, rearrange them, and show how a variety of different homes could be built using the same (or similar) parts. I’ll also redraw the Simple Panelized Shelter that got this latest round of design concepts started.

If you missed the back-story on A House For Khayelitsha you can read about the origins of the project at Tiny House Living. 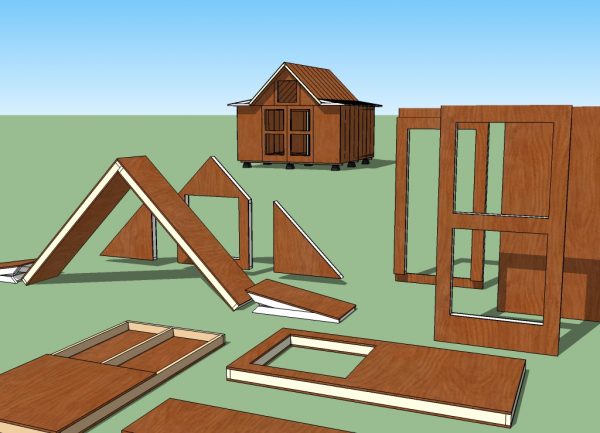 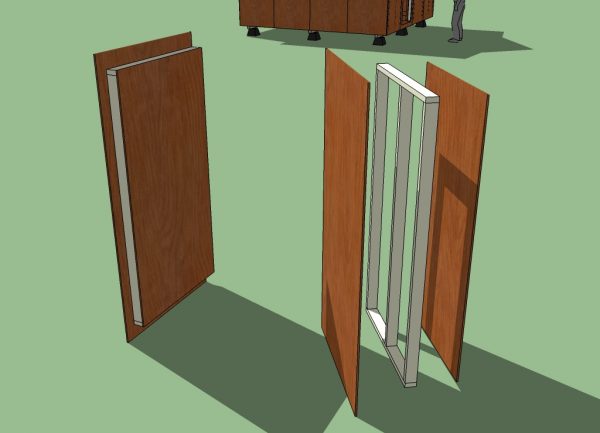 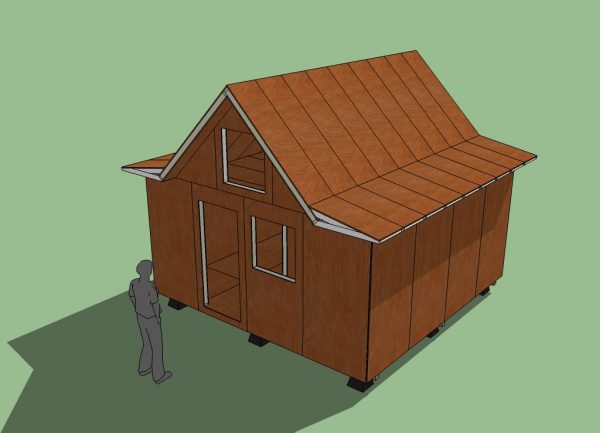 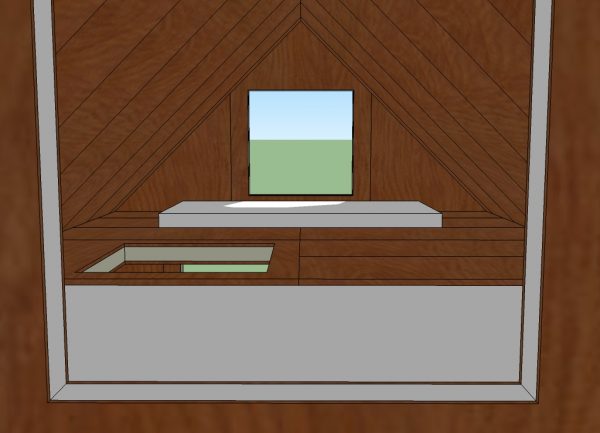