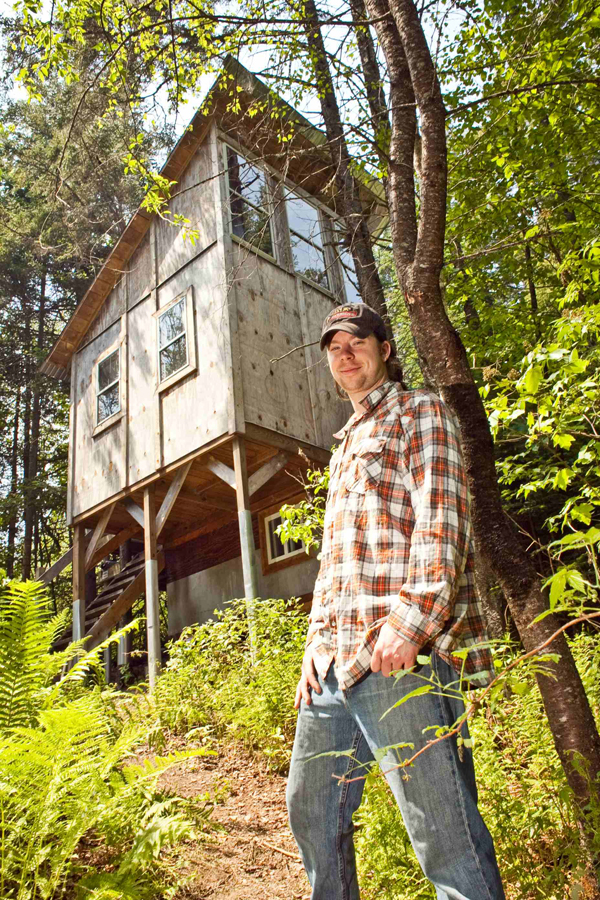 Of course we’re crazy… after all we admire (or are) people that live in 100 square feet or less. Take my friend Derek “Deek” Diedricksen for example… he’s the author of a homespun tiny house book with what could be the longest book title ever. It’s called, Humble Homes, Simple Shacks, Cozy Cottages, Ramshackle Retreats, Funky Forts (And Whatever The Heck Else We Could Squeeze In Here!). If the book title isn’t enough evidence of eccentricity take a look at this recent video that shows off the pages of the book:

All kidding aside, the reason tiny housers seem extreme is only because living simply in small spaces has not been the typical dream sold in malls and on television. One would think that those that think outside the norm would be considered thought leaders and innovators… but alas… we’re stuck with the crazy label for now.

Luckily more and more people are coming around to the idea that less really is more sustainable (environmentally & economically) and that the oddballs my actually have caught onto something here.

A good example of this trend is that Mimi Zeiger is working on her second book on tiny homes. You can find her first book, Tiny Houses

, on Amazon. At this very moment she’s busily putting on the finishing touches and oddly enough crazy guys like Deek and I may actually end up on the pages. We’ve both sent off our project photos and have our fingers crossed she doesn’t come to her senses anytime soon. Thanks again Mimi!!! 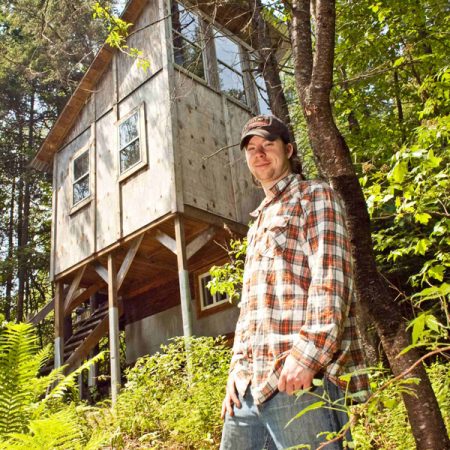 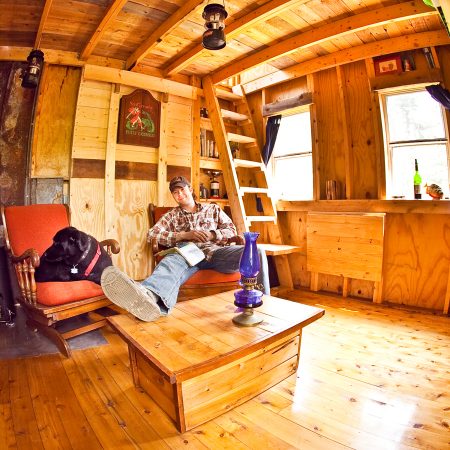 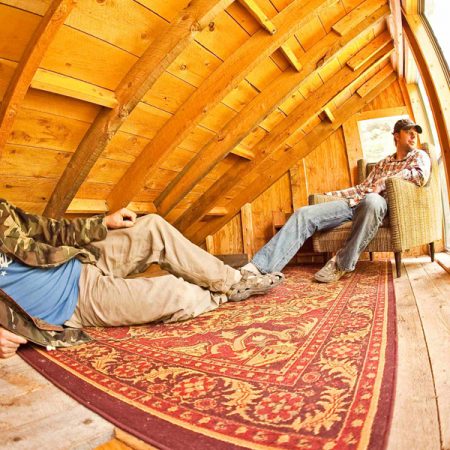 Above are a few photos that you might see in Mimi’s upcoming book. That’s Deek at his tiny cabin in Vermont.

You might also want visit his YouTube Channel, and watch the first three episodes of his show called Tiny Yellow House.