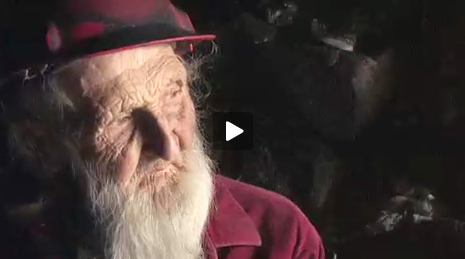 Alex at Tiny House Talk came across this great video of folks living happily in caves in Idaho. The caves were the initial creation of Dugout Dick, a local prospector, discovered that the caves were much more comfortable to live in than any surface built structure. I suspect it also shortened his commute.

Dick didn’t live there alone. Eventually he found that other folks liked the idea of living simply in his caves so he offered to rent them space for very little money, like $300 a year.

This past week Dugout Dick passed away after a very long, and apparently very happy life. The film is part of a larger project called YERT which is definitely worth some time investigation. Great find Alex!