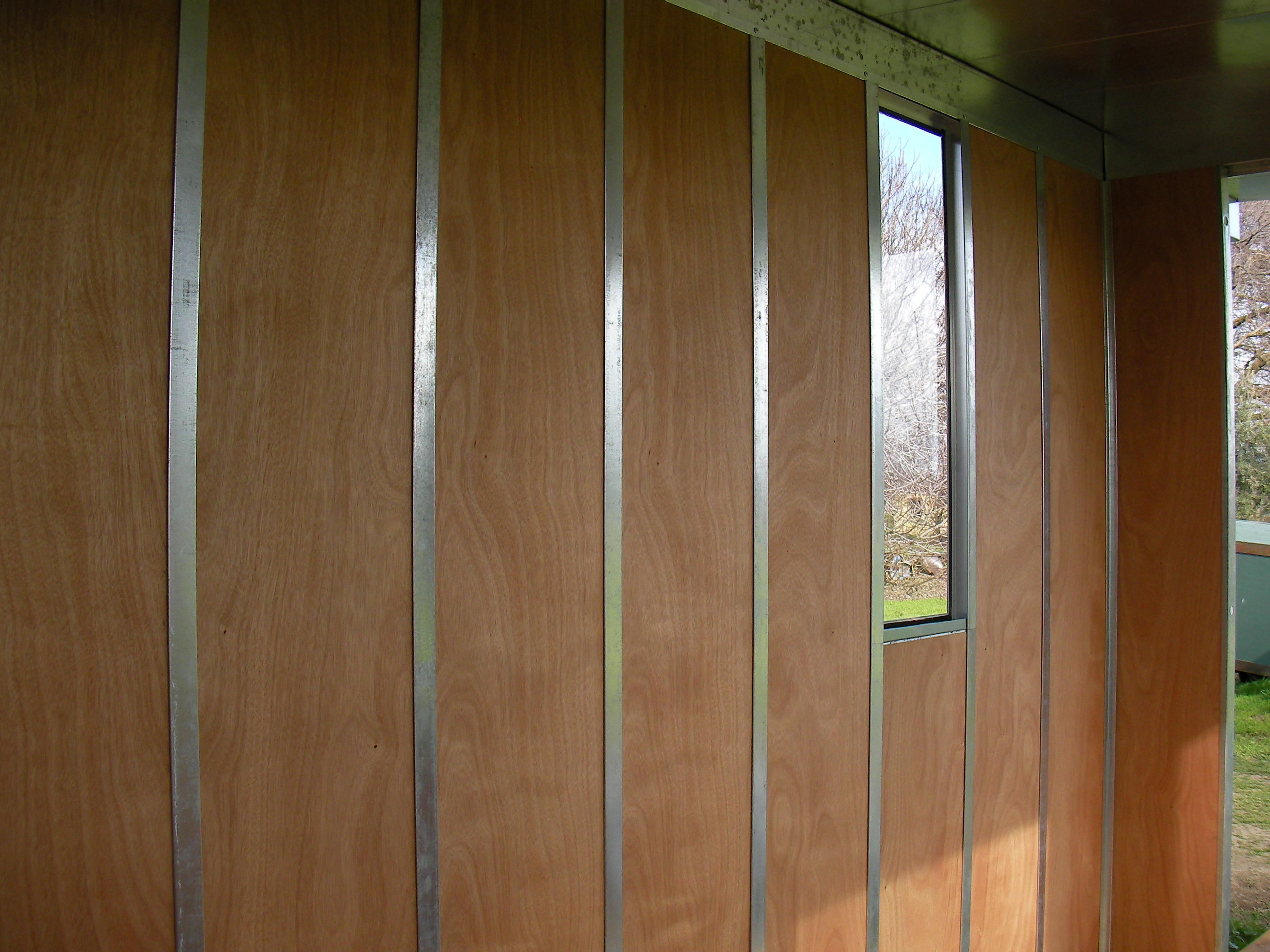 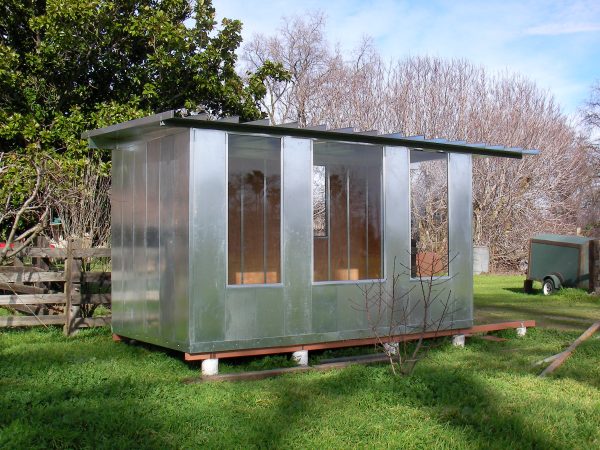 Eric, one of my readers, sent me some photos of a tiny house project he’s been prototyping. The design began as a disaster relief shelter but in the end didn’t quite meet his initial goals. It did turn out to be a clever way to build a small building so in that regard is a real success.

Here’s what Eric told me about his prefab micro house:

I wanted to design a system of standardized prefabricated metal panels that would clip together to form a building without the need for framing. The panels are structurally very strong and have insulation and the interior wall surface pre-installed (basically a metal SIP).

The panels are sized so there is no material waste during manufacturing or assembly. Another benefit is that buildings of different size and configuration can be put together using the same basic panels. The building can be changed after construction by simply adding or removing panels.

Once the building is no longer needed, it can be disassembled and the panels used for any type of building needed at another location. None of the components weigh more than 25 pounds and everything needed for an 8′ x 15′ building fits in a single load in the back of a long bed pickup. My hope was that one person would be able to assemble a building in a single day.

If panels are damaged and no longer usable, they can be disassembled and recycled. The panels are also fairly simple to manufacture, so they could be manufactured locally after the initial emergency has subsided.

I designed the panels and system components over the last few years (I’ve been kicking this idea around for about 20 years). About a year ago I started building some prototypes and worked out most of the kinks. Last summer I built enough panels for a 8′ x 15′ building.

In January we had a stretch of nice weather so I assembled it at my father’s farm near Chico, California. It was easy to assemble and almost everything worked as planned, but it took me 15 hours to finish on the already installed foundation (and I still need to find some doors).

I could probably put the next one together a lot faster, but the idea was that someone without experience would be able to build it in 8 hours. Disassembly will probably take about the same amount of time.

It also ended up being more expensive than I expected. I was shooting for a cost of under $2,000. I scavenged a lot of the materials and did all of the fabrication myself, so it did cost less than that.

But when I priced all of the materials required and added manufacturing labor costs based on the time it took me to fabricate the components, the real cost came to just over $5,000. If someone geared up to manufacture the panels in volume and could get materials at wholesale prices, the overall price would be lower. But I doubt if my original goal is achievable.

So I think my experiment was not a success, but I do have a portable building that I think is kind of cool to use for something. I’ve attached a couple of photos of the nearly complete building. I also have a web page with more photos and more details on the design and fabrication at www.basicresearchlab.com.

It looks like a success to me 🙂 Thanks again for sharing this with us Eric! 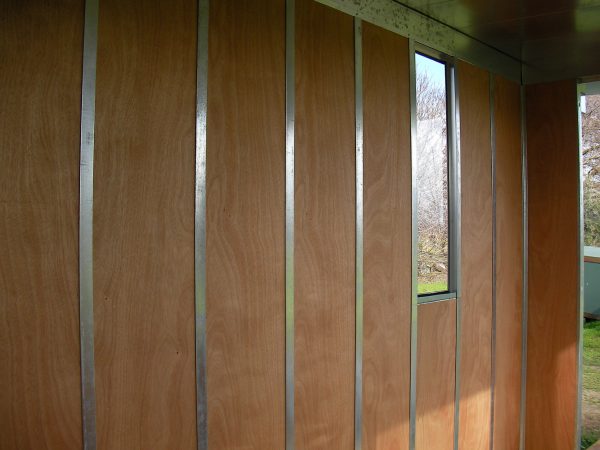