Home
Trailer
Should You Invest in a Liftgate For Your Car?

What Is A Liftgate?

A liftgate is kind of like a mini-elevator that helps you lift up heavy objects into your truck bed. A liftgate for a car, on the other hand, is the actual back covering of the car in the rear, complete with lights, wiring and, often, hydraulic liftgate system for easy opening. 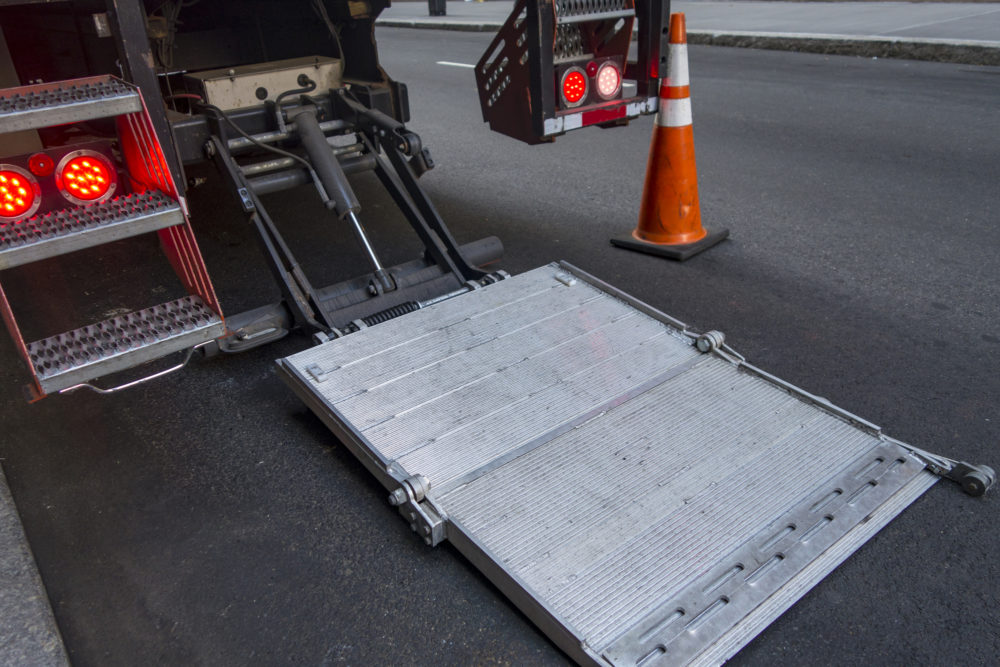 A power liftgate opens and closes with a push of a button, allowing for easy access into the truck area when your hands are full. Some vans and cars even have sensor-enabled technology where you simply wave your hand or foot and the liftgate opens.

How Do Liftgates Work?

Make sure that you know the weight limits and do not exceed them to avoid any mechanical damage and expensive repairs.

When it comes to the car liftgate mechanism, “[t]he standard liftgate utilizes a hydraulic pressure to force a piston through a cylinder which raises and lowers the gate. They are typically controlled via a switch box with a simple “up” and “down” function.” (Source: flow.space.)

Difference Between A Power And Manual Liftgate?

A power liftgate has a hydraulic system that can be operated with a remote or even with sensors while a manual gate (which can still be hydraulic) needs to be used by pulling a lever or a handle manually in order to open and close it.

While a power liftgate is more convenient to use, keep in mind that it also has more components (such as sensors, wiring and motors) that can malfunction overtime and might be costly to repair.

A power liftgate operates electrically, with a motor-operated hydraulic mechanism, while a manual liftgate might have a foldable extending arm that supports the liftgate when open and folds in when closed.

The power liftgate has a sensor and motor assembly on each side that are synced and attached to hydraulic piston arm assemblies. These hydraulic pistons are extended once in the “open” position and they lift up the liftgate.

The manual liftgate assembly is very simple and consists of the lock assembly, hinges and a door.

Most of the time, the power liftgate feature can be disabled in the vehicle’s settings:

A hands-free liftgate is exactly what the name implies: you can open and close it by waving your arm or leg in front of the sensor. With some models, you have to perform a kicking motion in the location where the car projects an illuminated auto logo.

Characteristics Of A Good Liftgate

In order to choose a good liftgate, there are several things you want to consider:

When it comes to truck liftgates specifically, you want to consider the following things prior to purchasing and installing one:

The top 2021 SUVs that offer a hands-free power liftgate are:

For vans, the top vehicles with great power liftgates are:

Box trucks or small cargo trucks can get a custom-installed power liftgate.

How Much Does It Cost To Put A Liftgate On A Vehicle?

The power liftgate install can cost anywhere from $2,000-$9,000, depending on your choices and your location. Since most older vehicles or vehicles under $30,000 do not necessarily come with a factory-installed power liftgate, consider the need and the investment before the install.

While more experienced or mechanically inclined individuals might be tempted to do the install themselves, there is some fairly complex wiring involved and you want to make sure that you do this properly.

Even experienced mechanics can take up to 4 hours to install the power liftgate mechanism, so it might be a good idea to hire someone to do it and to have warranty on the labor.

Liftgate service is referring to a truck equipped with an electric or hydraulic piece of equipment that allows it to lift heavy cargo. The cargo can be either lowered from the truck’s bed to the ground or from the ground to the tailgate of the truck.

This is something that is advertised as an additional service that is given by freight carriers when picking up or delivering freight.

Pros and Cons Of Car Liftgates

Pros of having a car liftgate:

Cons of having a car liftgate:

For a car owner, having a power liftgate is simply a great convenience, especially for busy parents, individuals who haul things around or individuals with disabilities.

For a truck owner, having a liftgate makes their process of loading and unloading heavy items a breeze. Having a liftgate on construction- or farm-use trucks is a great idea and saving one’s back or even needing extra help to load up.

For owner-operators of loading and moving trucks, having a liftgate is a lifesaver. The platform brings the heavy objects up and down from the truck cargo area safely and with a press of a button.

Can you manually open a power liftgate?

Yes. You basically “overwrite” the power functionality by using the gate manually. Sometimes, this might cause issues with the power liftgate overtime, especially when using excessive force while opening or closing the liftgate.

Can you add a power liftgate to your car?

Yes, you can install an after-market power liftgate to your vehicle to help make your life easier. It is a fairly simple and cost-effective add-on.

Can you reset a power liftgate?

There are ways to reset a power liftgate; these depend on the make and model of your vehicle. For example, a Honda Pilot power liftgate can be reset by having the vehicle in Park with all doors unlocked. “Press and hold the power tailgate button on the dashboard until the tailgate starts to open. Press it again to stop, or press and hold until it reverses. Press the tailgate inner button to automatically close the tailgate.” (Source: www.vehiclehistory.com)

Where is the liftgate switch?

The location for the liftgate switch assembly differs from vehicle to vehicle. For some (like Infiniti vehicles), it is located in the glove compartment, for others (like Chevy) it is located on the upper console. The actual liftgate button to open and operate the liftgate is usually near or under the liftgate handle.

What is the difference between tailgate and liftgate?

Liftgate is lifted UP while tailgate is lowered DOWN.