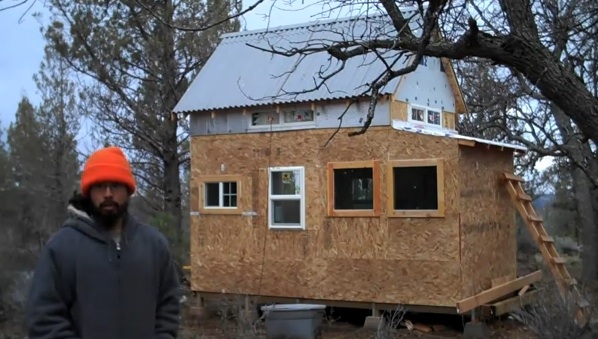 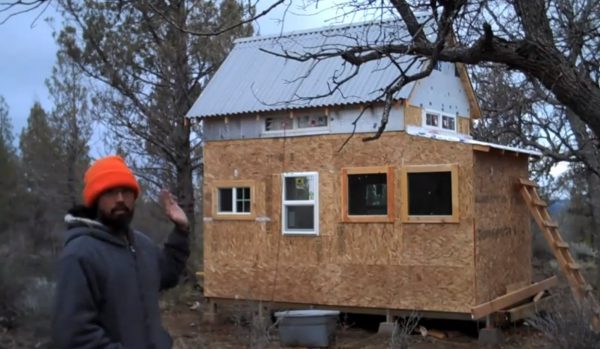 Ryo Chijiiwa’s cabin (a.k.a. Hut 2.1) is still very much under construction, as you can see in the video tour below, but despite the cold weather Ryo has continued to make steady progress on his tiny cabin in Northern California.

You might notice he’s approached the construction a little differently than most. His cabin is framed a bit more like a tiny timber frame and he’s installing the insulation on the on top of the exterior sheathing, right under the exterior siding. I imagine in the future he’ll have the option to insulate the wall cavities, which would make it very cozy.

Ryo once worked for Google in the Silicon Valley but chose to escape the cubicle farm in search of true freedom. I suspect many people would jump to the conclusion that he’s gone bonkers for buying remote property to live in a tiny house… but of course… I think quite the opposite. I think Ryo figured out – like many of us are starting to figure out – that life might be a lot more fulfilling if we just dialed back the speed a little. A simpler life doesn’t necessarily require building backwoods cabins, but that is definitely one path to take.

If you’d like to help support Ryo in his efforts, he’s produced a 2011 calendar (which I have hanging above my desk now) and has added a donation page to his blog. I don’t know Ryo personally, but I’m happy to chip-in to help him succeed. After all… we’re all stronger together.