Ryo Chijiiwa is prepping for a 31-day isolation experiment. Ryo has 60-arces of raw land in Northern California where he’s built a tiny off-grid cabin. As you can see from this recent photo the cabin still needs some finishing touches, but I don’t think Ryo is too concerned at the moment about appearances. I suspect he’s more interested in making sure he’s ready to spend 31 days alone in the woods.

Beginning mid-February, Ryo will begin his 31-day stay. He’ll live off stored food, water, fuel, and whatever he can gather from his land. His electricity will be provided by a small solar array, just enough for lights and computer. Heat will come from a small wood stove. Additional rainwater will be collected to supplement his current stores.

You can follow along as this story of self-reliance and survival unfolds at Laptop and a Rifle. 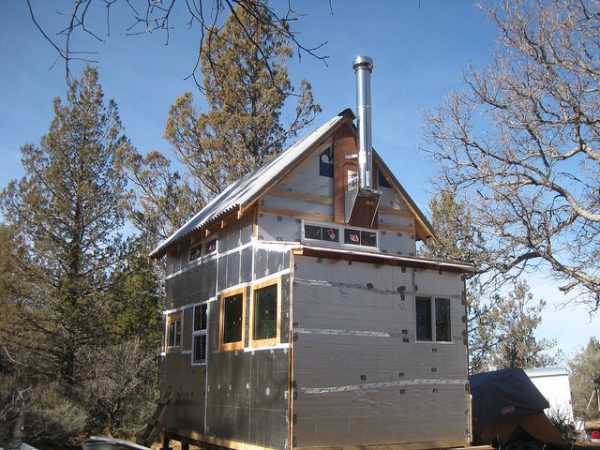