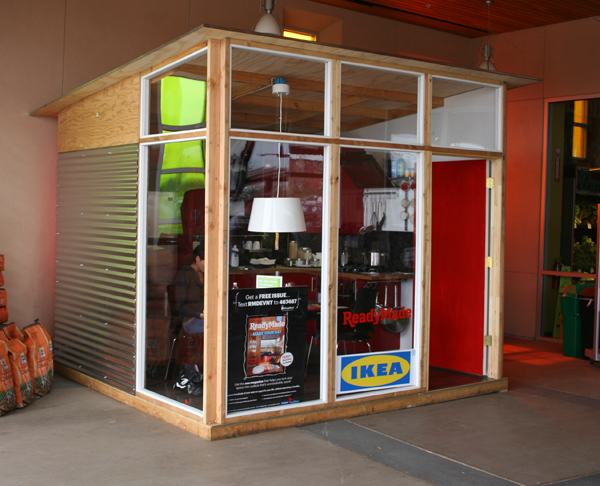 Back on March 21st IKEA and ReadyMade ended a six city tour of ReadyMade’s Signature Modular Dwelling finished out with a little kitchen from IKEA. Luckily the sixth city was Roseville, California and the little house was on display outside the very Whole Foods Market that Julia, Katie, and I shop at from time to time.

The kitchen looked just like what you’d expect to see from IKEA, clean, modern, modular, and relatively affordable… but it was the building I was interested in looking at closer. I’m sad to say that my initial reaction was of surprise and disappointment. It really looked like a display case and not a usable dwelling.

In Readymade’s defense, and I really like the content ReadyMade delivers, the house seemed designed specifically for showcasing the IKEA stuff inside. But it would take some modifications to make the structure habitable.

For example the big single glazed windows could be swapped out with air-tight and insulated units. The walls, floor, and roof would also need insulation. I imagine the added weight would require beefing up the structural too. For example take a look at the roof framing, which is nothing like normal rafters. It’s more like a box grid that is screwed to the roof sheathing to help keep it from flexing under its own load. 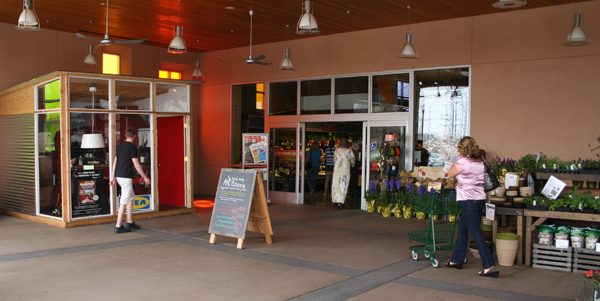 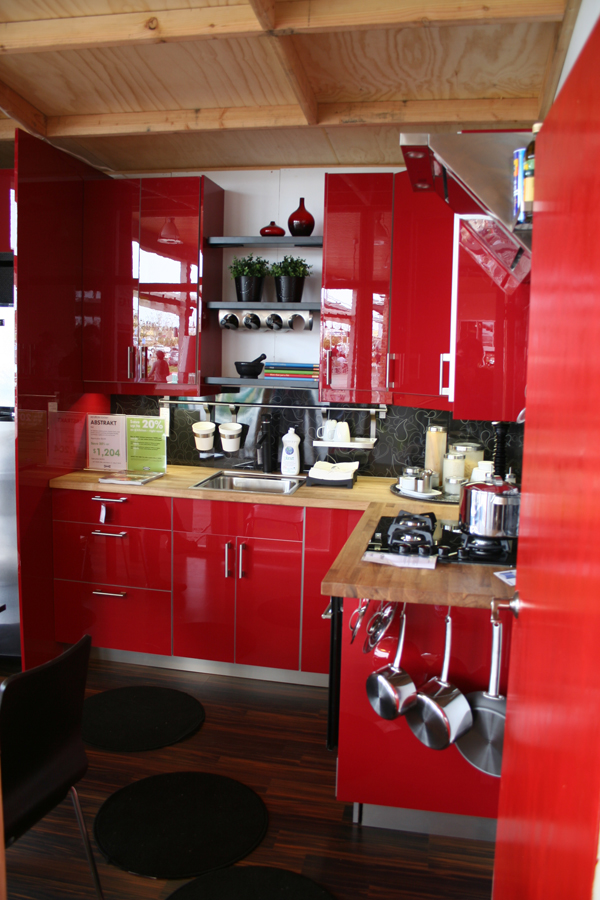 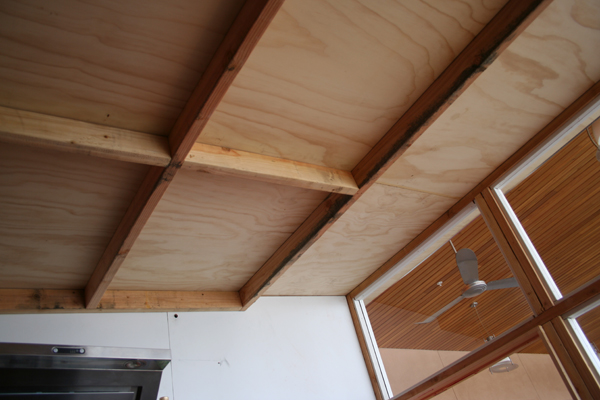 The only information I could find on the structure was a 3×5 postcard inviting visitors to Get on the list to receive information when Readymade develops blueprints. If you’d like to get on their list the card said you can send your email, phone number, and email address to [email protected]

I loved seeing a tiny house being used as a display in such a high traffic location. But I would have liked to see more energy spent on developing a viabile little building. I’m not sure if ReadyMade is really moving in the direction of selling house plans but I’d encourage them to take this little modern concept to the next level. If they kept the construction and assembly simple while making it a bit stronger, energy efficient, and weatherproof, I think they would have a real winner. Remember it’s the execution that disappointed me, not the design. It’s a cool little modern prefab design concept.