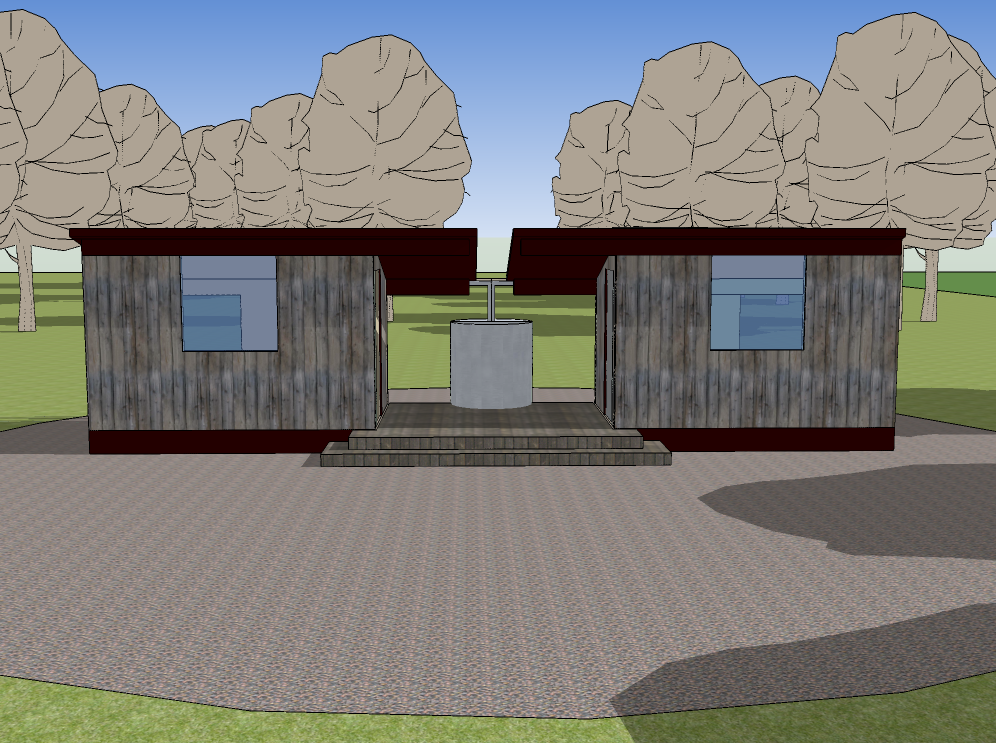 After all the great feedback from my Two Sustainable Sheds post another variation began to develop in my mind based on a dogtrot house; which is two small houses connected by a breezeway under a common roof. I have to thank Tim for mentioning this… I had never heard the term before and now it’s stuck in my head.

As you can see it contains many similar features like a rain water collection system, solar panels on the roof, two small sheds, and some exterior living space. The main differences are that this house has windows on the south side for passive solar heating, awnings over those windows to block out the summer sun, and the exterior space is covered by the long overhanging eves that create the covered breezeway.

The sheds would still be built as separate structures making this a project that would require no permits in many communities. But please check you local codes before building anything without permits. The deck between the two sheds would also be separate so there would be not physical connection between the sheds of any kind except for the rain gutters that feed the water storage tank.

I noodled over the idea of adding a green house around the water storage tank and using the thermal mass the water would provide to heat the house but decided to leave it out for this variation. I think the sun facing windows would be ample for heating the interior living spaces.

For those of you playing with Google SketchUp I’ve also included my SketchUp file here for your sketching enjoyment. I zipped the file for faster downloads; you’ll need to extract the zip file before opening with SketchUp.