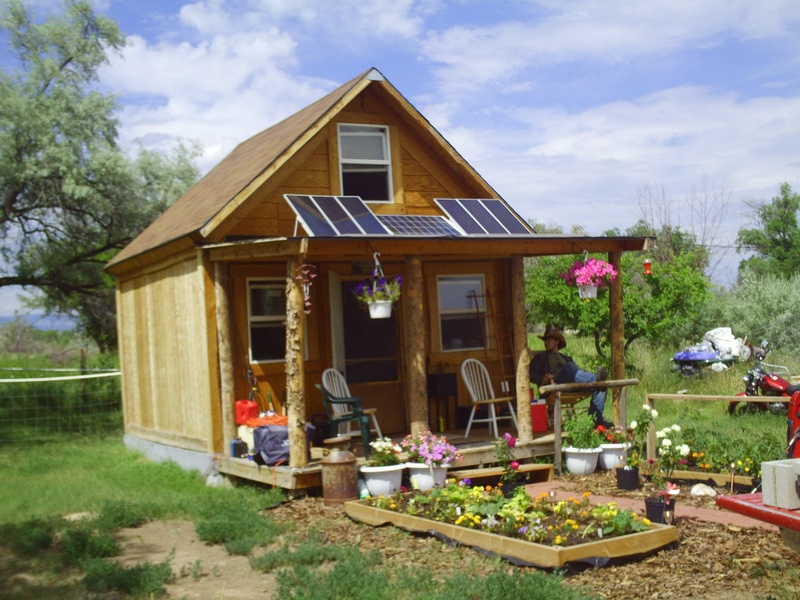 I’ve written about this Simple Solar Homestead before but LaMar has made some improvements to his website including the addition of videos and photos of cabins built from the plans in his book. His book is called Simple Solar Homesteading and its 196 pages and costs $19.95. He also sells a $5 ebook called Off-Grid Solar Power.

The  structure of the 14′ by 14′ cabin below can be built for about $2,000 in materials. His book is packed with all sorts of ways to live off-the-grid on a low budget. Back in 2008 I bought an earlier version of this book (as an ebook) and was amazed with all the information inside. It’s exciting to see LaMar expanding his online content and offering and update to his already amazing book.

Update: The day after I posted this LaMar posted this great little video slide show of how this little cabin was built.