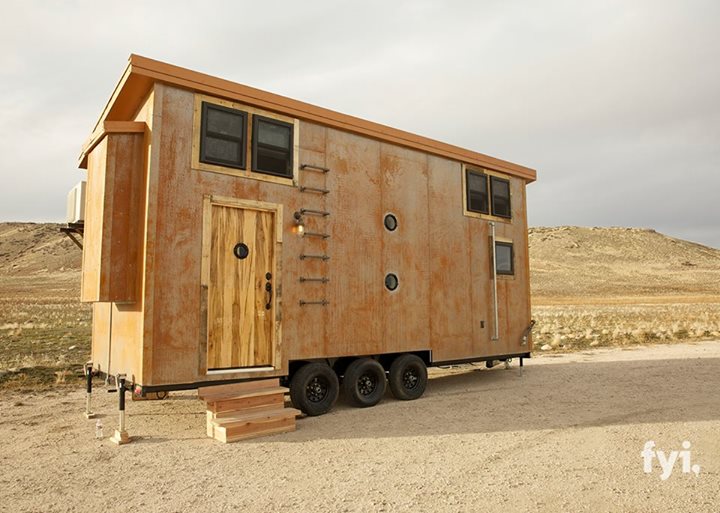 As featured on Tiny House Nation, this 340 sq. ft. Steampunk Adventure Home is ready for full time living. It’s designed with a country and industrial feel. Inside this tiny home on wheels you can see a spacious kitchen, cozy living space, two sleeping lofts and bathroom. There’s a kid’s loft above the living space and the parent’s loft is above the bathroom – where they added some shutters for additional privacy.

Photos via Tiny House Nation on the FYI Network. 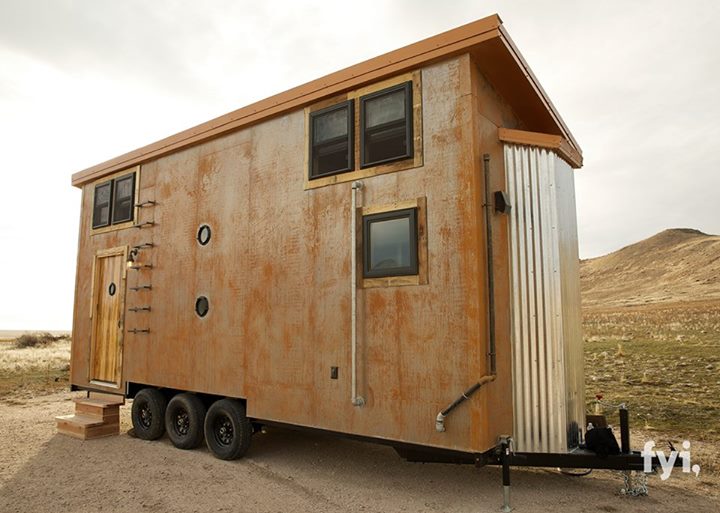 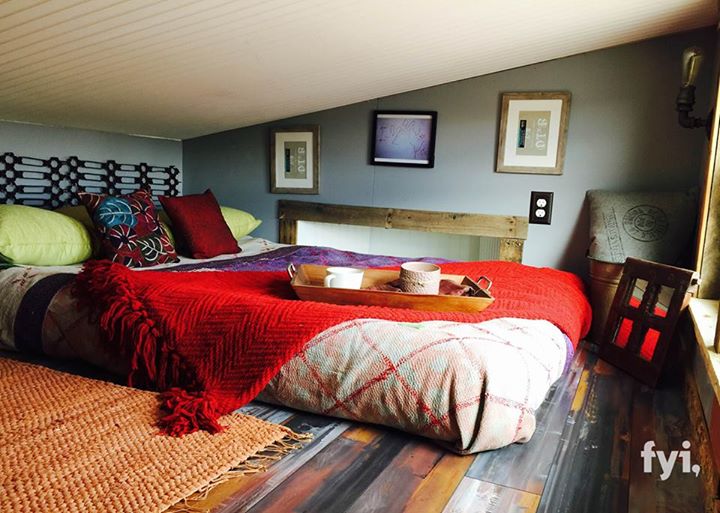 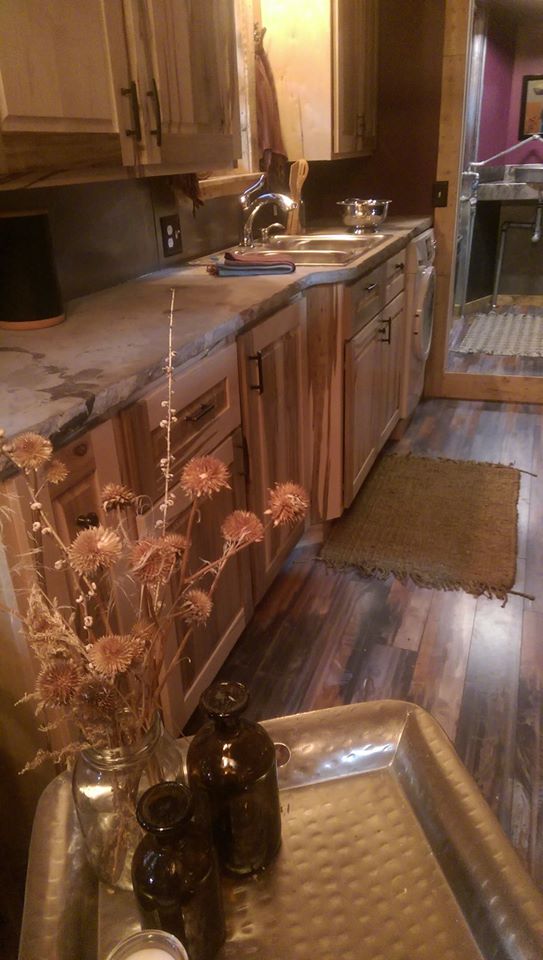 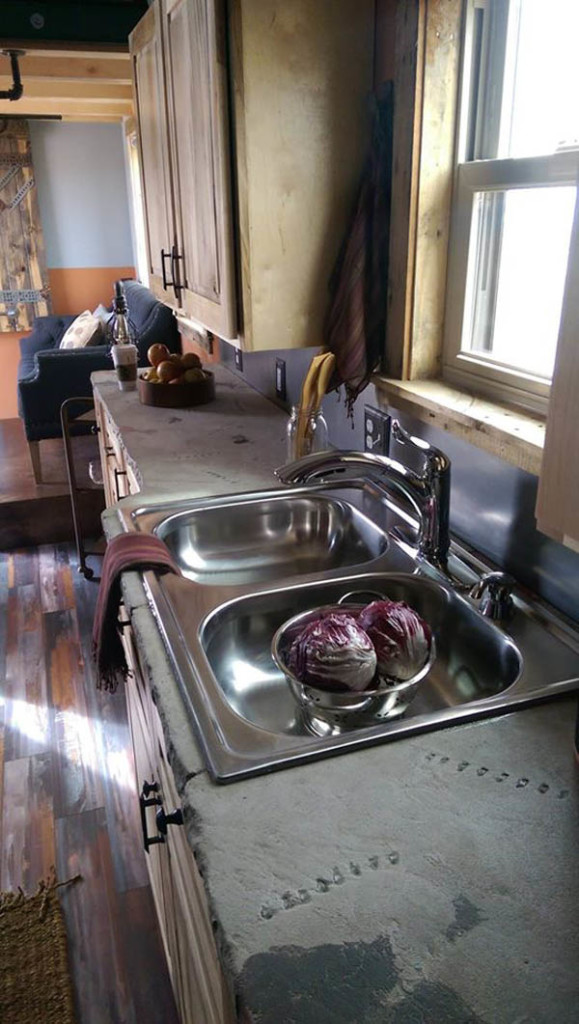