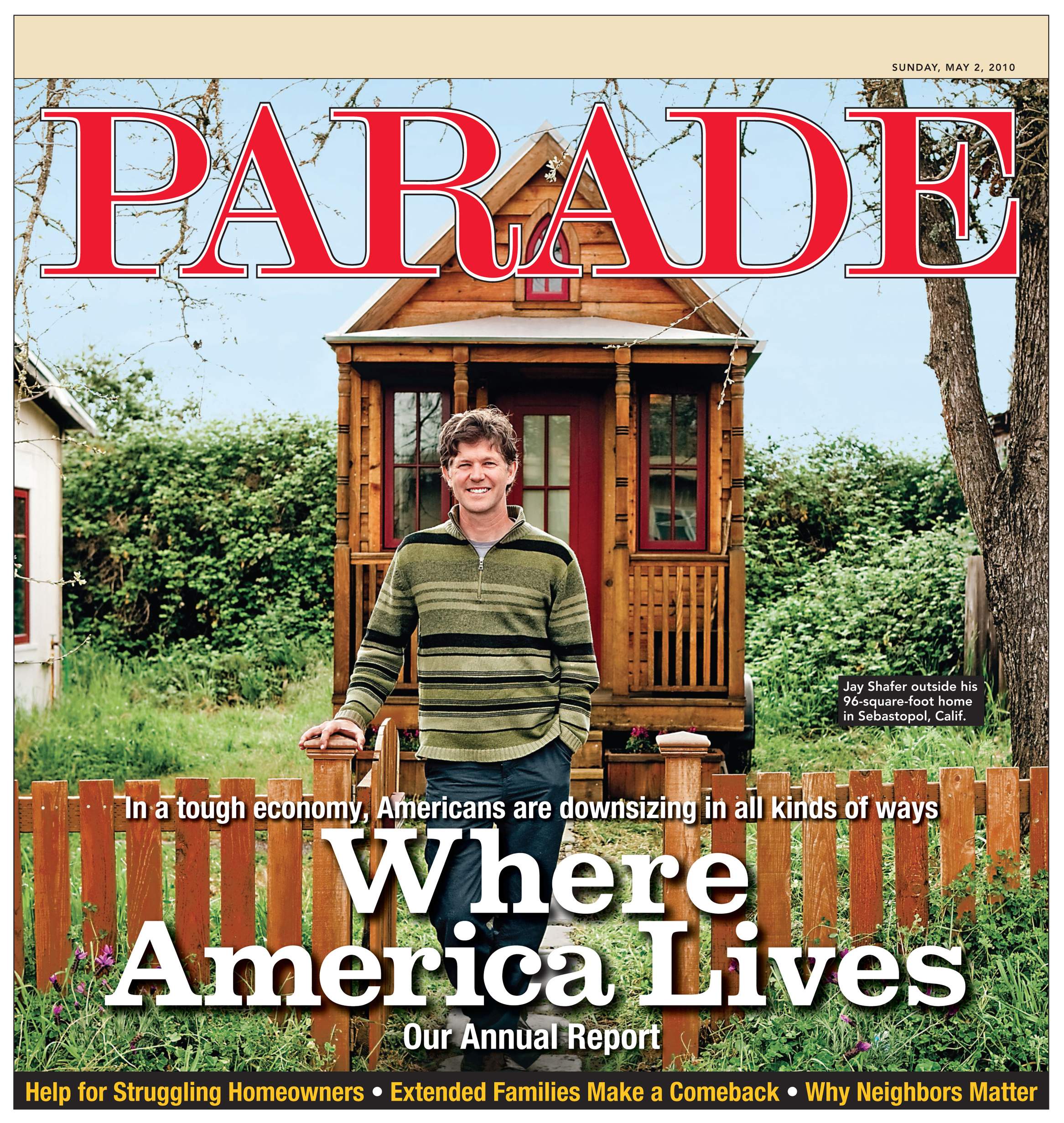 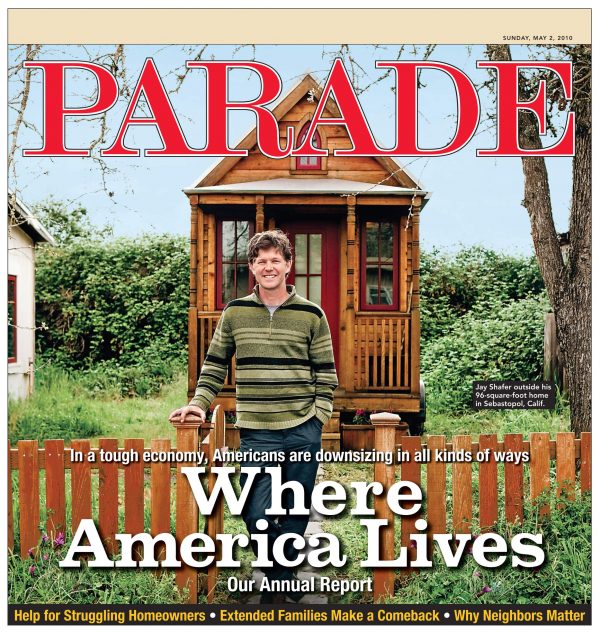 Jay Shafer is featured on the cover of the current issue of Parade Magazine, which has about 70 million readers each week and can be found inside many Sunday papers. The article is titled, Help for Struggling Homeowners.

Many of us have already learned the hard lesson that committing to too much house in just too risky. Tiny houses represent an interesting extreme solution that some find to be the ideal solution. But I suspect for most people tiny houses are simply an icon of freedom, a symbol that illustrates the true value of a home. Shouldn’t the true value of a home be measured by the happiness and security it brings instead of its size and cost?

Jay Shafer was onto this fact years before the housing crash and was living in a tiny home of his own design and construction. In fact it was an early version of his Small House Book that inspired me to reflect on my own housing choices and start blogging on Tiny House Design.

The most valuable lesson I’ve learned from the tiny house movement is that less is more sustainable… and I don’t just mean square feet.

Life can be complicated. The more irons we have in the fire the busier we’ll be tending to our commitments, which also adds more risk and chaos to life. By choosing to move toward a simpler life, each step we take moves us closer to increasing our personal freedom and happiness. This freedom can come in the form of reducing debt, paring down on possessions, cutting back on commitments, and of course… downsizing.