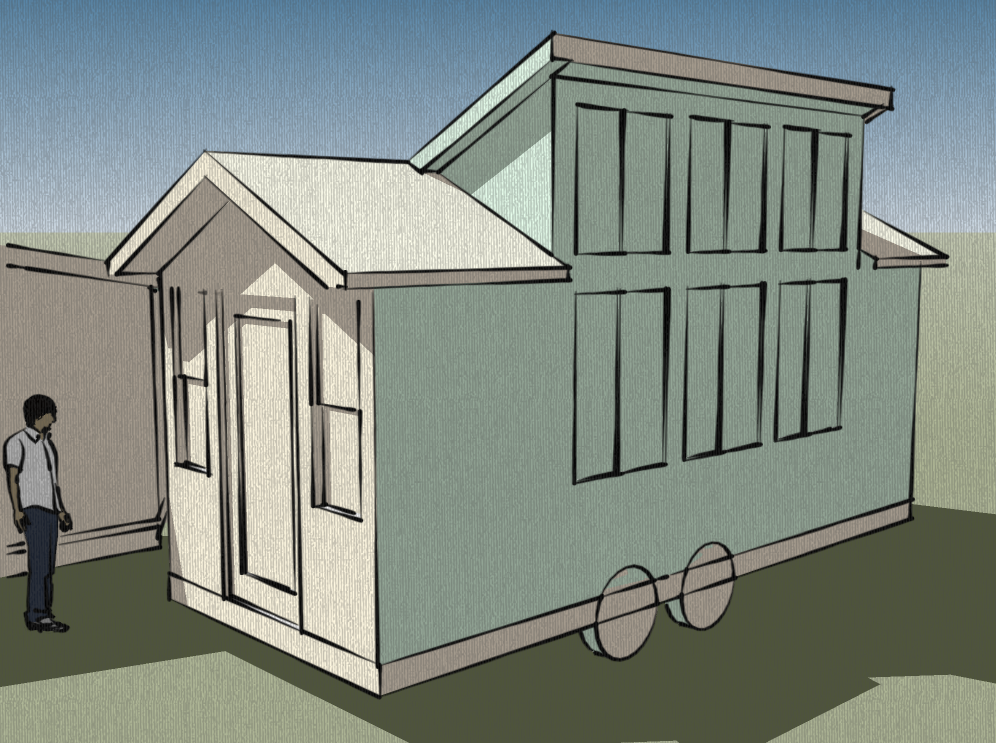 If you’ve been reading Tiny House Design for a while you’ve probably noticed that I’ve tried different drawing tools over time to draw my design concepts. Within the last few months I’ve been mostly using Google SketchUp, a free 3D drawing program.

The only problem with this free version is that it doesn’t include a 2D drafting program that would be needed to draw floor plans, elevations, and other schematics like the framing illustrations you’ll find in my free tiny house plans. In fact the reason I’ve been stalled on drawing my next free plan is that I’ve been looking for a better 2D drawing program.

The good news is that I’ve found one, it’s called Layout 2. The only problem is that it is bundled with Google SketchUp Pro which costs $495. Luckily they they give users an eight hour free trial. So I’ve downloaded the software and over the weekend I’ll fire it up and on Monday post what I draw with my eight hours.

I was planning on using my free trial to draw the next version of the Tiny Simple House but instead I think I’ll draw the next set of free plans, the 8×20 Tiny Solar House with Gables.

Here’s a video clip that describes why Google SketchUp Pro is worth $495. I may be a believer by Monday.