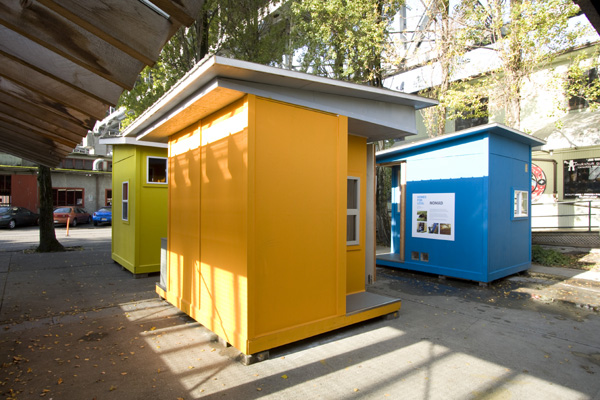 Oprah ran a story about the recession and the increasing number of people finding themselves with nothing but debt and homelessness. Part of the story was about the tent cities popping up all across America. The tent city they visited was actually not that far from my home near Sacramento, which surprised me at first. After about two seconds it made perfect sense because Sacramento has been hit hard by this economic hurricane.

On Thursday my friend Ryan sent me an article on a group of college students at Emily Carr University that built some tiny houses for the homeless as a school project. Ironically (or not) the story was in a little in a little newspaper Ryan bought from a homeless fellow he sees everyday in Boston called Spare Change.

The students built three prototypes and at first local governments weren’t interested in using them. Luckily someone came to their senses and today they are in use by the Vancouver Aboriginal Transformative Justice Society. They are no larger than 64 square feet, provide shelter and a warm place to sleep, and cost less than $1,500 CAD each to build.

For those of us who think about tiny houses every day this doesn’t seem like a new or strange idea. In fact it seems perfectly logical to build tiny houses for the homeless or anyone who needs or wants a low-cost place to live.  In fact it seems so logical to me I wonder why communities across America with growing numbers of tent cities haven’t already begun building them. Don’t worry I have a vague awareness the immense complexities that would impair such a simple solution, but I am hopeful that Oprah’s story will encourage the slow turning bureaucratic cogs to allow such communities.

A community like this could not only provide safe tiny homes to live temporarily but a place to lock up a few belongings while they are away at work or elsewhere. They could also help people regain a sense of pride which would work wonders for helping these folks recapture their lives. The one thing that really stuck with me after watching her show Wednesday night was the despair these folks were experiencing. There’s nothing that impairs progress like the feeling of hopelessness. A tiny house to call their own could be their ticket to a brighter future.

The Oprah show did report that the Sacramento city government was considering legalizing our local tent cities but why not go a step farther and legalize portable/temporary owner-built tiny homes too. Then, god willing, go an extra step and provide a little money for building materials and basic services like water and waste management.

I know the state is broke but at some point don’t we have to admit that many Americans are feeling the brunt of an economic hurricane and deserve immediate disaster relief?

Photo credit to the students of Emily Carr University and CTV. You can also find more info about these tiny houses on Core77, Megaphone, and CTV. 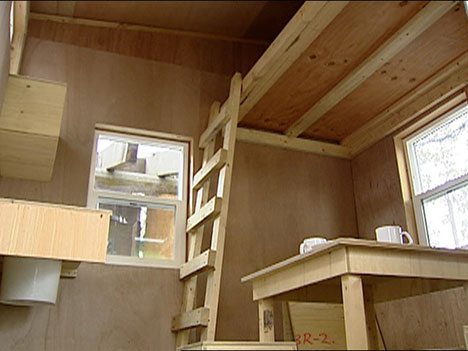 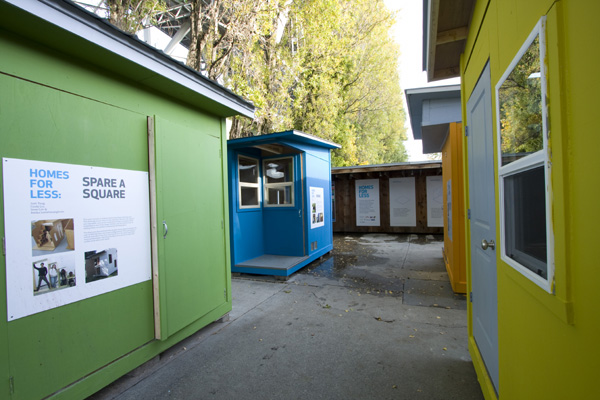 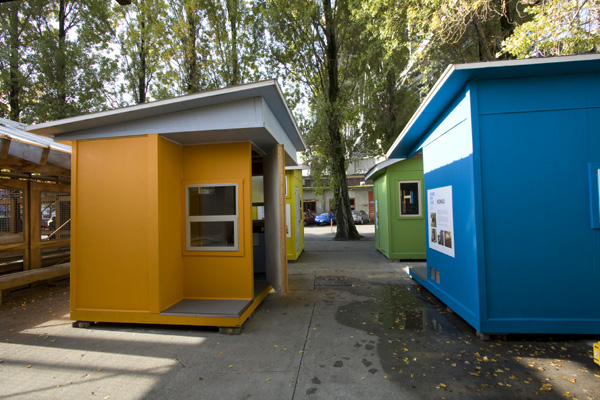