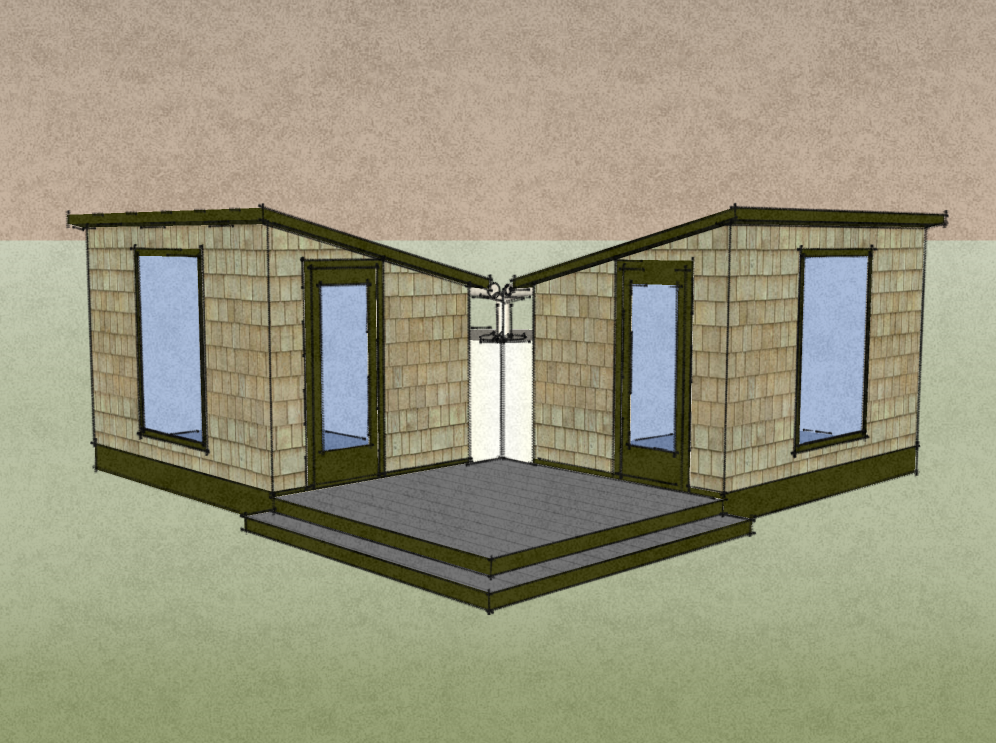 Here’s a simple concept that builds on the tiny shed cluster concept. This time instead of four sheds it’s just two 8′ by 12′ sheds connected by a deck. The roofs are setup to collect water and fill one cistern that sits on the south side of the house.

One shed would have a bedroom and tiny bathroom.  The other shed would be an open living area with a kitchen along the back 8-foot wall. On the roof would be solar panels for electricity and I’m even thinking of inserting a small trombe wall on each shed’s back wall to provide a fuel-free way to provide heat.

I’ll work on this design more over the weekend but I thought I’d share it with you in this early stage; seems like a nice thing to day dream about on the Friday before the long weekend. Until then here’s a quick sketch. For those of you playing with Google SketchUp, here is the actual file for you to play with. Just don’t do it on the boss’s clock 😉 Happy Friday!