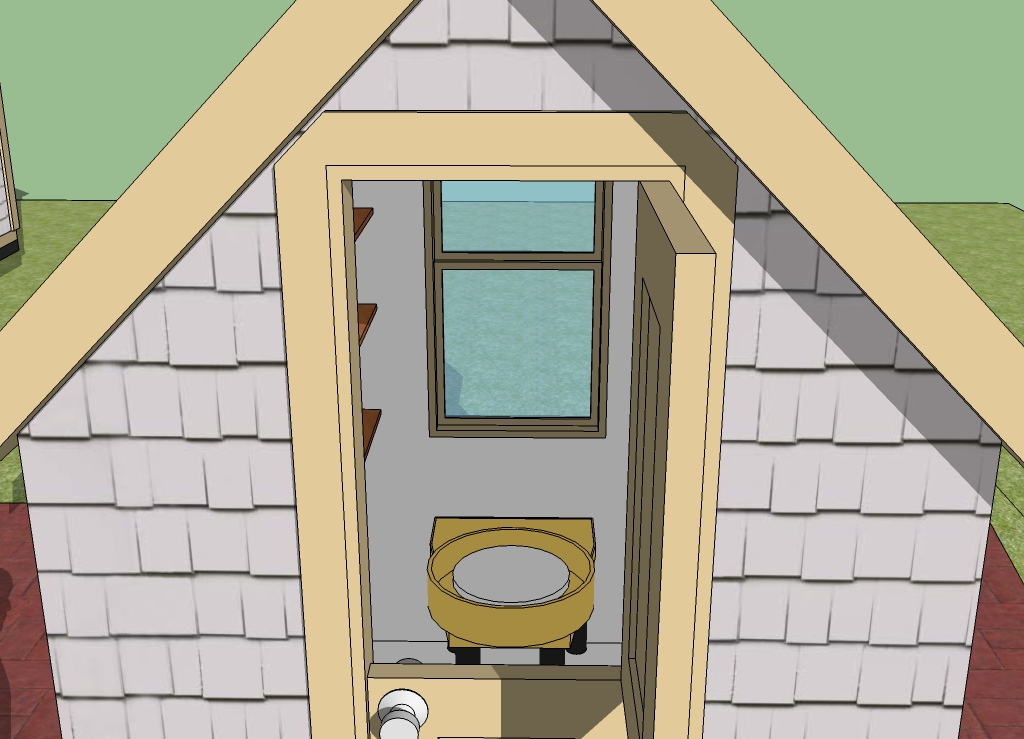 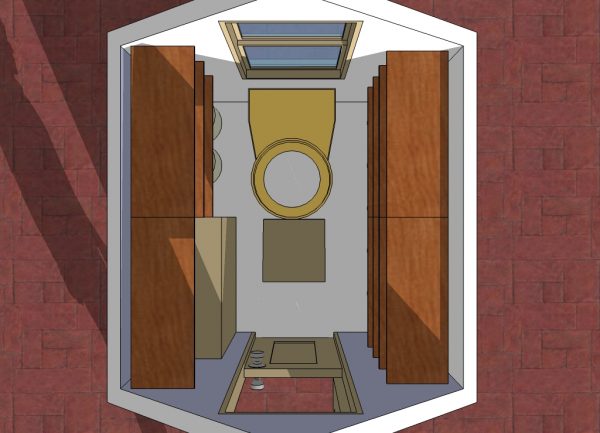 This is just a fun design exploration I’ve been daydreaming about. It’s a tiny ceramics studio that measure 6′ by 6′ and is configured for a studio potter. You see before the internet took-off and web design took my professional focus, I was a studio potter. While I studied architecture in college I ended up graduating with a BFA in ceramics.

Back in the mid-90s the internet was just beginning to become interesting. Google hadn’t been founded yet and few people had heard of eBay. So to sell my pots I had to take them on the road on weekends. I lived in a 450 square foot cabin in Mendocino County, California and built myself a little 160 square foot studio that was really more like a drafty shed. My electric kiln was on the porch of the house and shared a plug with my clothes dryer.

I’m not sure why but I’ve been really longing to make pots again, but I figure 36 square feet would be just enough space. So the other night I started this drawing and added a little gas kiln and mobile tiny house showroom to round out the day-dream.

I often wonder what I might be doing now if Etsy and eBay had been booming back then. I have no regrets on the path I chose, but I can’t help noodling over what it would be like to be a potter again, even if it was just part-time. I guess that’s the nice thing about paths and life, we can follow our noses where they take us if we give ourselves the permission to dream. 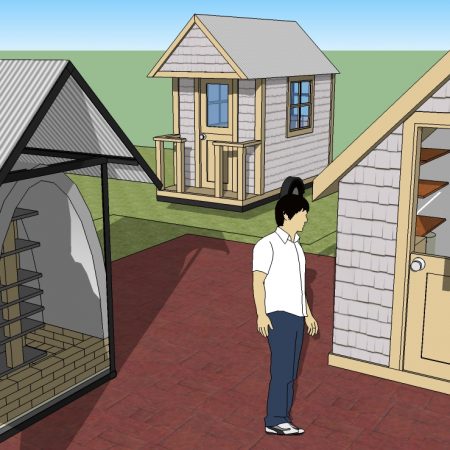 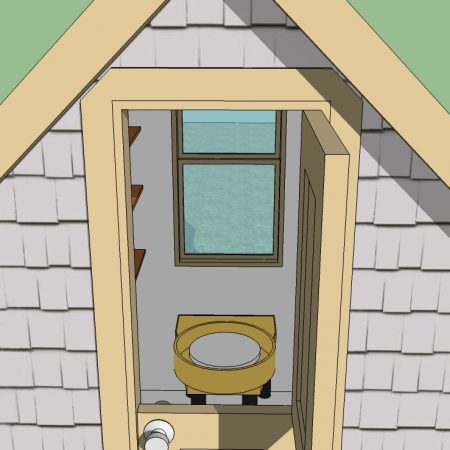 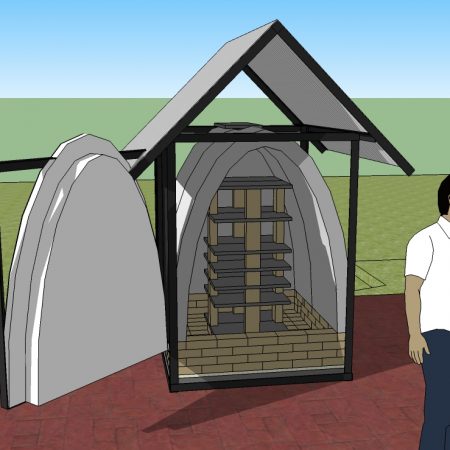 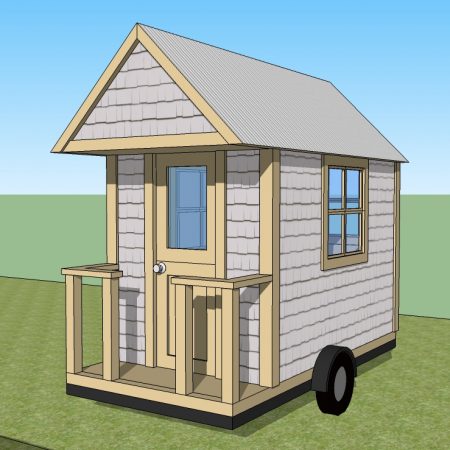 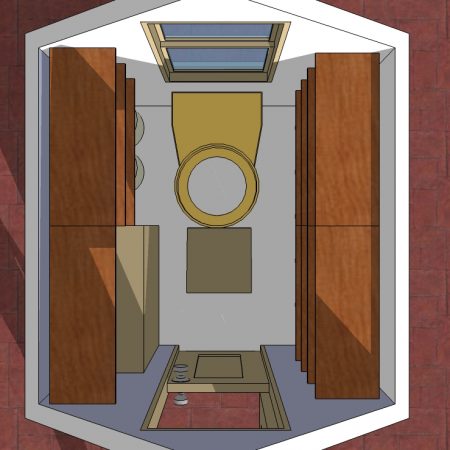 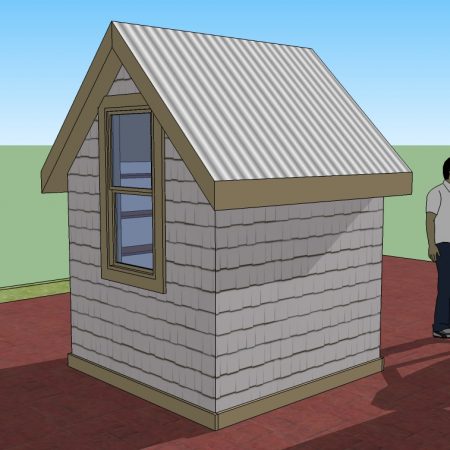 Details for the potters among us

The shelves on both sides of the wheel would rest on metal brackets and easily moved around. This way I could throw a board of mugs or bowls and set it up and out of the way. Some items like pasta bowls, covered casseroles, teapots, and mixing bowls would require bats which I’d keep in the floor near the buckets.

The tiny table would be used for wedging, mixing glaze, and the little bit of hand-building I’d do (mostly adding handles). The cabinet under the table would store away my scales, tools, and smaller containers of glaze materials. The buckets on the floor would be for slop recycling, glazes, and glaze materials.

The room would be too small for a lot of production volume without some extra storage space for greenware, bisque, and finished work. But it would be a great tiny throwing station and serve my part-time studio potter needs.

The kiln I’m picturing would be an updraft castable catenary arch with a firebrick base and ceramic fiber door. Two gas burners on the opposite corners of the kiln floor wouldn’t need bag-walls as the flames would be directed up and around the inside of the arch in a nice circular motion. I’ve not done the math on the inlet and exit port sizes but I think this would be just enough for the size kiln.

The pots I’d make at first would be very similar to what I made back in the mid-90s, which were cone 10 porcelain tableware. Although this time I’d stick to a clear glaze and focus entirely on form and usability. I’d keep the work focused on just a few forms too, that would empower people to eat and cook simply… much like one would need in a tiny house. These would be:

As you can tell I’ve put a bit of thought into this, but really… it’s just a daydream. I’m not quitting my day job, or tiny house design ‘job’, any time soon.