Home
Announcement
What Kind of Tiny House Would You Buy? 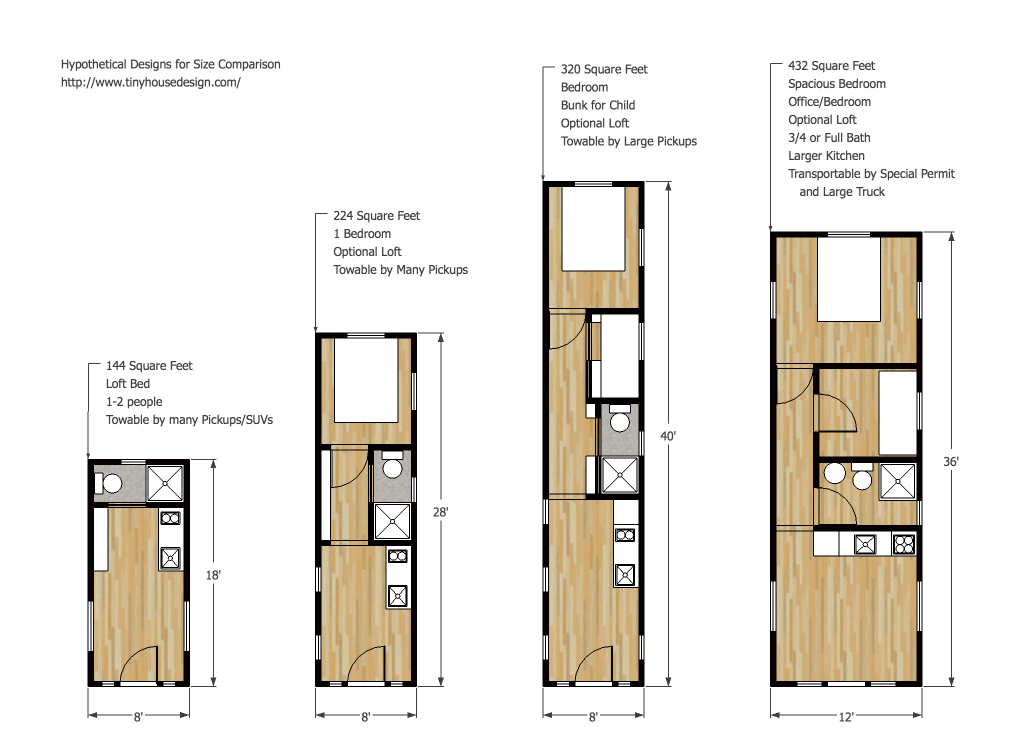 If you want to build your own tiny house on wheels it’s difficult to finance it through normal channels, so most people save their money and build when they have enough. This is really the right way to build a house and avoid a mortgage.

But some people need housing sooner. In the past few weeks I’ve fielded over a hundred emails from people who were recently introduced to tiny houses by the Jay Shafer video on Yahoo. Among the questions I heard a few sad stories of people searching for solutions fast. So I started noodling over an old idea, finding a way to finance tiny houses.

You see if a professional tiny house builder could find a way to construct a tiny house that traditional lenders would finance, more people could move into tiny houses faster. I think the answer is to build houses to standards that lenders and insurance companies already understand, which may actually not be that hard to do.

Luckily we already have two categories of RVs that lenders and insurance companies understand, travel trailers and park model RVs.

Below is a simple drawing of four hypothetical designs that illustrate how the different sizes compare. The three on the left are RV Trailer size and the one on the right is Park Model RV size. The floor plans are just for illustration purposes. Click the image to see a more legible version. 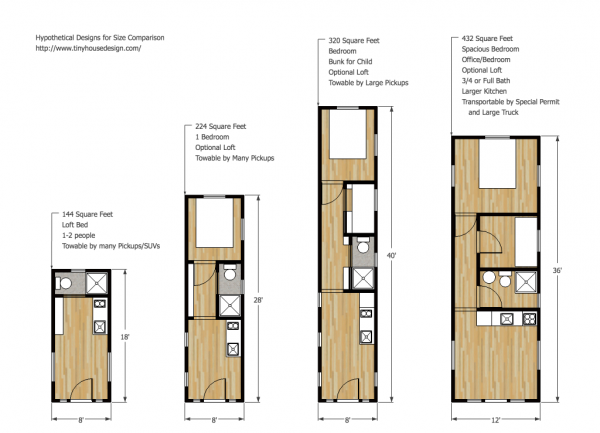 So now I have ten questions for you. Feel free to answer only those you feel comfortable answering. My goal is to figure out what people really want and need.