Home
Trucks
Why Do Trucks Have To Stop At Weigh Stations?

Do Truck Drivers Have To Stop At Weigh Stations?

A weigh station is usually located just off a highway (the exit signs indicate their location to turn off); they are basically like a checkpoint, where officials inspect the weight of the passing trucks. These weigh stations are operated by officials of the Department of Transportation, or the state highway patrol teams. 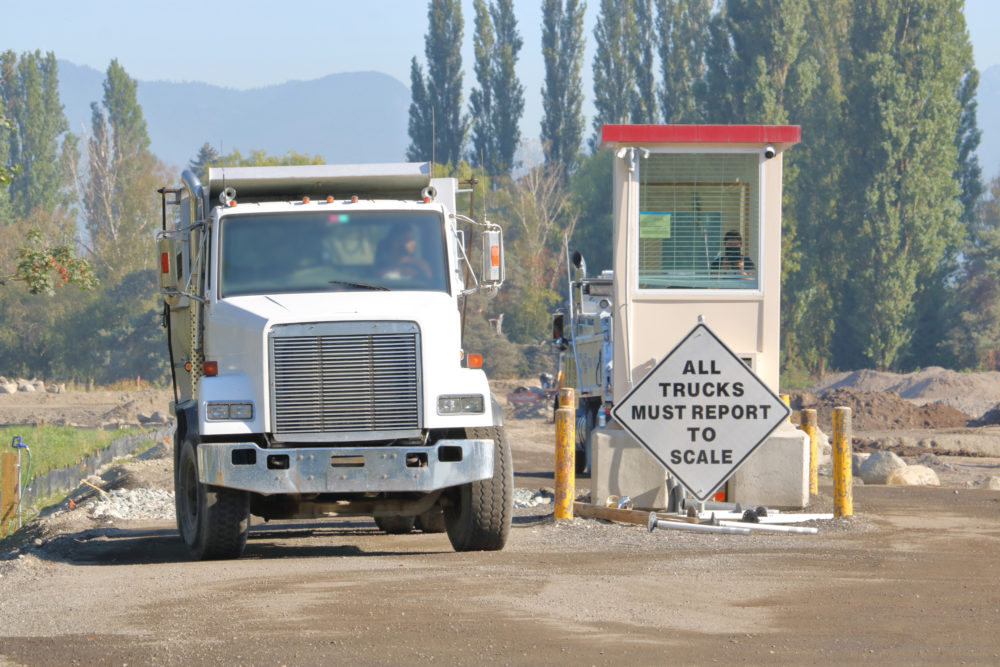 These weigh stations exist to check the weight of the trucks to ensure they are not driving over capacity and therefore placing others at risk when they travel on the highways, overpasses, bridges etc. The overall weight limits are important to ensure minimal tire or axle overload and damage or a semi-truck rollover.

What Trucks Sizes Need To Stop At Weigh Stations?

Most of the time, the weigh-in rules apply to commercial vehicles only due to their size and weight. However, this depends largely on the state one is traveling in. For example, when it comes to driving moving trucks, every vehicle over 7,500 lbs in GVWR is required to pass through the weigh station in the state of Virginia.

In other states, such as Washington or West Virginia, the rules differ: “Only agricultural trucks or commercial trucks with a GVWR of over 10,000 pounds are required to stop at weigh stations. However, a state highway patrol officer may require a vehicle or combination of vehicles to proceed to the nearest weigh station within three miles for weighing and inspection.”

Noncompliance can cost $300 per violation, as there are cameras at every turnoff spot. (Source: housemethod.com.)

When looking at average weight for moving trucks to determine whether or not they have to use the weigh station, below is some helpful information:

How Do Weigh Stations Work?

“After passing the scale, there might be an inspection. Your DOT number will be input into a computer. Your logbook will be examined for accuracy, and they’ll check your safety rating. First-time drivers likely won’t have a safety rating yet. In that case, you’ll get a pass.” (Source: www.hamrickschool.edu)

If your truck is overweight, there are several things that happen: if you are over 6,000 lbs overweight, you will be out of commission/grounded until you can lighten the truck and bring it back into compliance. Some states also charge a per-lb-overage fee, anywhere from pennies to up to $65/lb! As you can see, this can easily put an owner-operator out of business if they drive over weight limit.

What To Do When Stopping At Weigh Stations?

Unless one has a bypass app/device, every truck over 10,000 lbs of GVWR must stop at the weigh station to be weighed. In addition to the weigh-in, there is often at least a Level 3 inspection.

As you approach the scales, the license plates are being checked in the database against any violations or flags, including past incidents. Further, inspectors already perform a visual walkaround test to look at the tire conditions, the overall condition of the truck, the lights, as well as any obviously unsafe transport possibilities (such as, securing of the cargo).

Some items the DOT personnel inspects during a Level 1 inspection are:

What States Require Moving Trucks To Stop At Weigh Stations?

Below is a map of all weigh stations in the USA. For a most accurate map, go to drivewyze.com.

Below is a list of weight limits per state that requires moving trucks to stop at weigh stations: 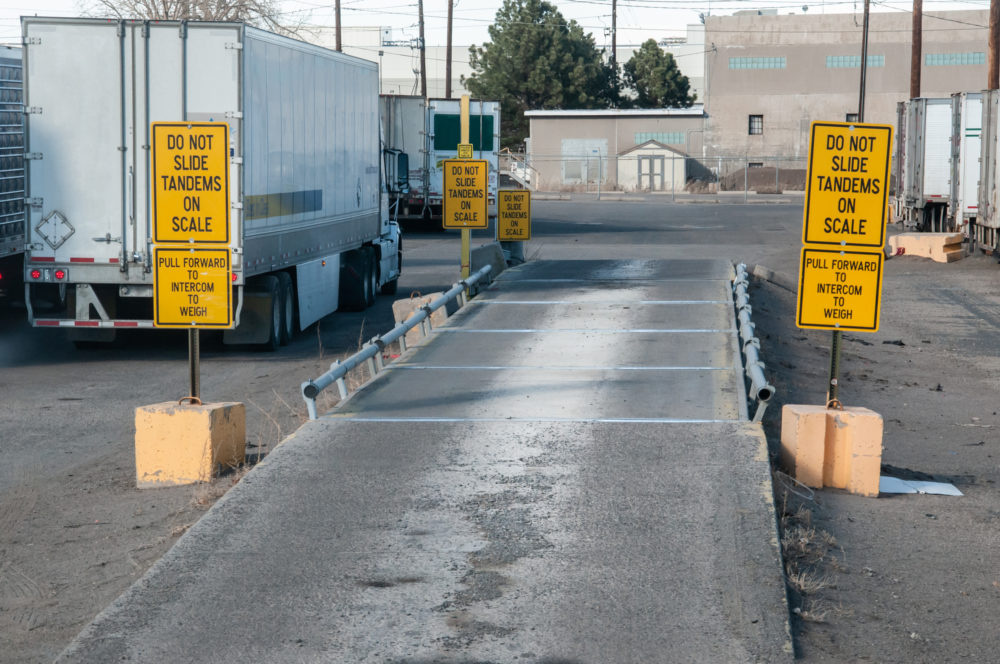 Where Are Weigh Stations Located?

Many weigh stations are located at state borders and ports of entry. Below is a Website that shows maps with the locations of weigh stations per state: www.allstays.com.

What Happens If Trucks Don’t Stop At Weigh Stations?

It is illegal and not a good idea to ignore the weigh stations, if you are in the category that’s supposed to stop. In all 50 states, this applies AT MINIMUM to all trucks weighing over 26,000 lbs GVWR. Non-compliance can get really expensive, with a $300-600 fine per non-compliance event, and higher for each subsequent noncompliance.

There are cameras at each weigh station entry point. Furthermore, your noncompliance with the weigh stations will alert the authorities that you might be hiding something, whether it’s unsafe driving conditions or questionable cargo.  A highway patrol officer might stop you to follow up and issue a citation.

While there might be valid reasons to want to avoid weigh stations (e.g. not wanting to waste time and gas, knowing the truck is within compliance etc.), the weigh stations are there to keep truckers and everyone around them safe. These weigh stations cost at least $10/pull-in/truck for the truck company, which adds up really fast! (Source: onswitchboard.com)

There is a way to bypass the weigh stations and that is with a bypass program transponder (such as Switchboard Bypass) or a PrePass app. The trucking company must apply for those and continue to submit service and safe driving records on a regular basis to remain on the program.

Do 15-foot U-Haul trucks have to stop at weigh stations?

Trucks over 10,000 lbs of GVWR might be required to stop in certain states. For example, this is the rule for California: “Rental trucks can be a U-Haul, Ryder, Sears, Budget, Enterprise, etc. A rental truck is a motor truck, according to CVC Section 410, and must stop at the weigh stations. Most scale facilities make this very clear with signs reminding drivers: ‘All Daily Rental/Moving Trucks Must Stop At Scales When Open.” (Source: www.moving.com.)

Do trucks that pull campers have to stop at weigh stations?

The most common question RV owners have in regards to weigh stations is whether or not they are required to stop at them or not. In almost every case, the answer is no, unless directed by local signage or told by highway patrol to do otherwise.

How much does it cost to weigh a truck at a weigh station?

“There are currently no additional charges from CAT Scale for using Weigh My Truck. Pricing for U.S. Locations is $13.00 for a first weigh and $3.50 for a reweigh.” (Source: weighmytruck.com.)

Again, this is the same principle as for U-Haul trucks. Some states might require trucks weighing over 10,000 lbs GVWR to stop at weigh stations.

Can you weigh an RV at a truck weigh station?

Yes, you can pull in and have your RV weighed, although these scales are used for commercial use only. You will also be charged a small fee for doing so.

Is there an app that helps to avoid weigh stations?

There are a few. Two of them are Drivewyze and PrePass.