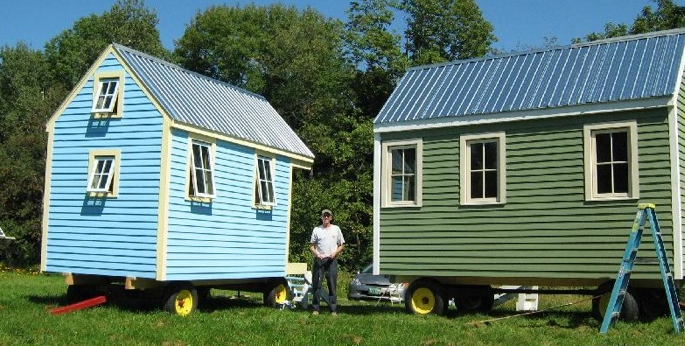 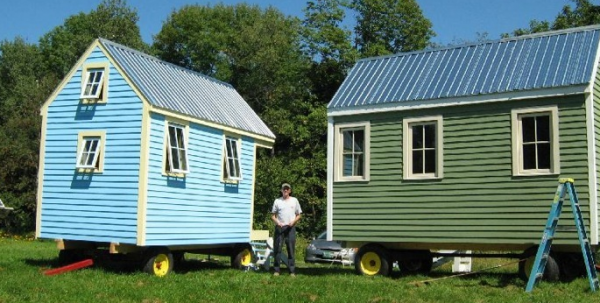 This is Tim Guiles, a tiny house builder up in Vermont. His tiny house company is called Yes Wee Cabins. Tim has been living in tiny spaces since 1988 when he bought a sailboat that he lived aboard full-time for three years. During that time he learned the benefits of downsizing his possessions first hand. After moving off the boat he spent some time in graduate school studying environmental engineering and later decided to build a small 8′ by 12′ cabin. After two years in that tiny house he decided to build a bigger 12′ by 20′ home.

Now with a few tiny houses under his belt Tim is building and busy creating some very nice tiny houses and even selling house plans for those of you that want to build one themselves. His houses start at about $13,000 for a do-it-yourself cabin shell kit and go as high as $36,000 for a complete 8′ by 18′ cabin. His top of the line house include quite a few nice features like a 350 watt solar system, 32-inch shower, 4-burner propane range (with oven), and a lot of insulation, R-20 in the walls and R-30 in the roof.

Thanks to Derek for passing this onto me! Nice find. 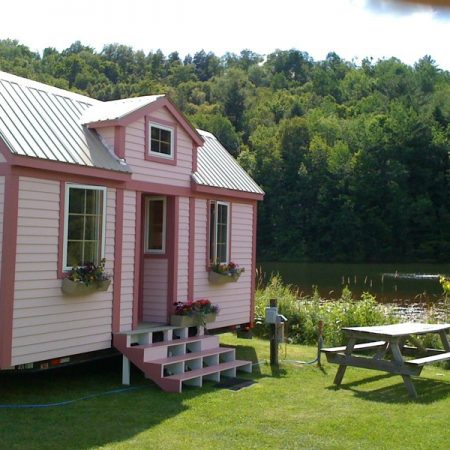 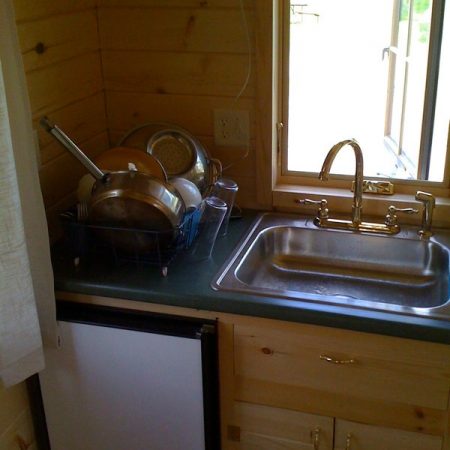 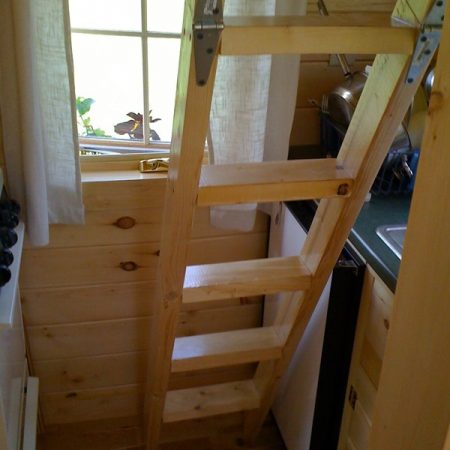 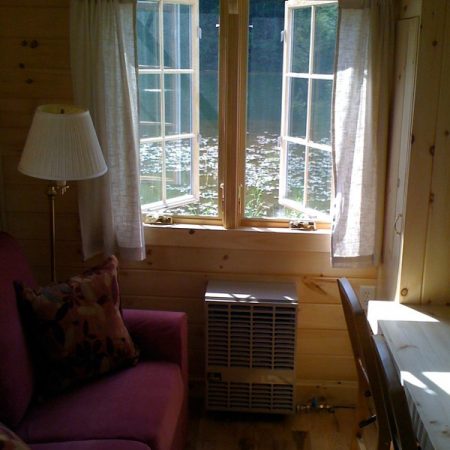 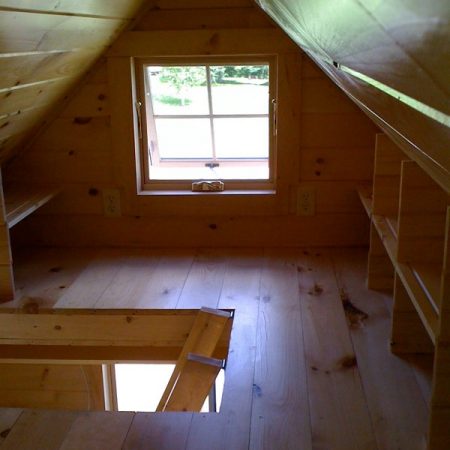 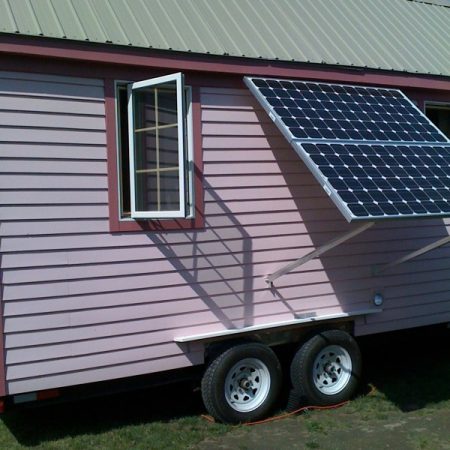 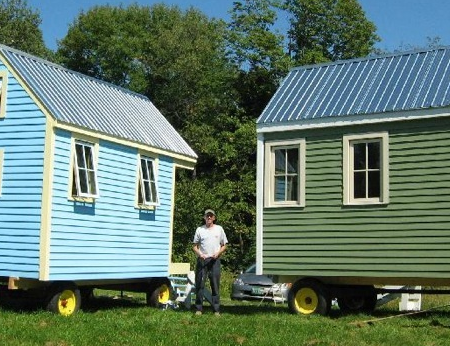