Home
Tiny Living
Can I Live In A Tiny House On My Own Property? (Is It Illegal?)

Have you been asking yourself, can I live in a tiny house on my own property? If so, you’re in luck because we’re going to answer that question for you!

We’ll also cover what kind of local building codes and regulations you’ll need to factor in as well as which states it’s difficult to build tiny houses in. 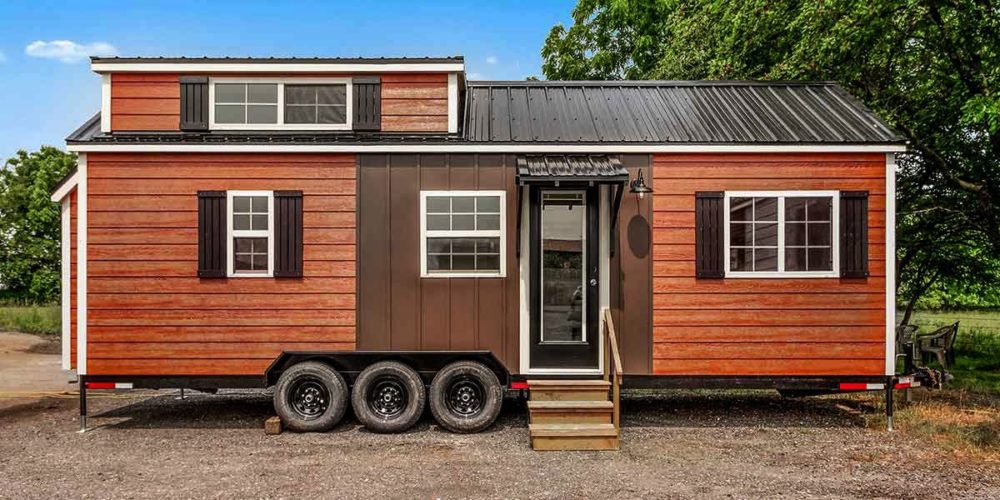 Can You Put A Tiny House On Your Property?

In most cases, yes you can. But, you might have to adjust how your tiny home is built to comply with the local rules and requirements.

The state you live in also makes a difference as to how easy it will be to build and whether the tiny house will be the only one on your property.

These rules will also change based on the type of tiny house design you choose. You’ll usually face more difficulties in building your tiny home if it’s the sole house on your property.

Can You Put Multiple Tiny Homes On One Property?

Most of the time, it’s legal to build multiple tiny homes, or a tiny house community, on the same piece of land. But, it’s essential to contact the local government to check the spacing requirements between each house and other building codes and zoning regulations.

Before you begin planning for your tiny houses, visit the town office to get the relevant information. You’ll need to get permission to build more than one home on the property, and depending on which state you live in, there may be different processes for it.

Do You Need A Permit to Build A Tiny House In Your Backyard?

Most states require a permit to build a tiny home. Just like a standard size home, tiny house constructions have rules, codes, and local zoning regulations that you’ll need to follow. Whether you need a permit depends on the size of your home and the location.

You’ll want to build your tiny home legally, so you must comply with local zoning laws and ordinances. If you’re confused by the many regulations, talk to a contractor who is knowledgeable about the relevant zoning codes.

Although building a tiny home can be complicated, an expert can help you avoid any mistakes. You could also find other tiny homeowners near to you and ask them for advice about the relevant codes.

Before you start planning for your tiny home, it’s important to know the difference between zoning and building codes. Both of these limit and dictate how tiny homes are built, but they mean different things.

Local building codes dictate how you can build your tiny house, whereas zoning depends on the location of where it’ll be built.

Zoning regulations are based on local factors, and they decide the required size of your home depending on which zone it’s located in. To get this information, you’ll need to contact your local planning or zoning department.

However, lots of states have a minimum square footage size of 1000 feet or above for the construction of a new tiny house.

Is it considered an RV

In certain states, a tiny house is subjected to the same rules and laws as an RV and can’t be registered as a regular home.

Tiny buildings must comply with the safety and construction standards of The Department of Housing and Urban Development or HUD. Created in 1965, the HUD is a United States government agency.

Its primary focus is to create more opportunities for affordable homeownership, supporting homeowners and the housing market in inner-city locations.

Some US states require tiny homes to be built on permanent foundations and connected to public utilities like water and electricity, so off-grid tiny houses are unlikely to be approved. Many local governments will only inspect or allow permanent homes.

California is known for being very tiny house friendly. In some counties, tiny houses on wheels can be built as caregiver dwellings in the backyards of homeowners who need daily assistance.

However, Los Angeles isn’t as progressive. In 2016, the city of LA agreed they would return all the tiny houses that were seized by the police to the homeless people that they were meant for. But, the Mayor announced that he wouldn’t support the construction of a community of tiny houses.

Oregon is one of the best states for tiny houses, especially the city of Portland. This city approves and supports the building of ADUs – accessory dwelling units.

This means that everything tiny building-related has been approved, including tiny house communities, and even a tiny house hotel!

Spur, Texas, is a town that famously announced itself as the tiny house capital of the United States, with the town’s local government voting to get rid of virtually all of the building restrictions.

The town of Spur has since had many tiny homes built there, all of which must have their designs submitted for approval. The owners must also agree to have their houses connected to the town water supply, sewage system, and electrical grid.

A tiny house built on wheels must also be put on concrete foundations because of the high tornado risk.

Pennsylvania is another very tiny home-friendly state. Rural areas are likely to be easier to build your home on, just make sure you check with the local municipalities for more information.

In Pennsylvania, a tiny home must comprise at least one room that measures a minimum of 120 square feet. Other rooms must have a minimum square footage of 70 feet, except for the kitchen, and they can’t measure less than 7 feet in every direction.

The United States vacationland is a big supporter of the tiny home community. Florida has many tiny hotels and RV parks where enthusiasts can try out a tiny home lifestyle. Although not every town agrees to permit tiny buildings, most of the state seems to be in support of it. 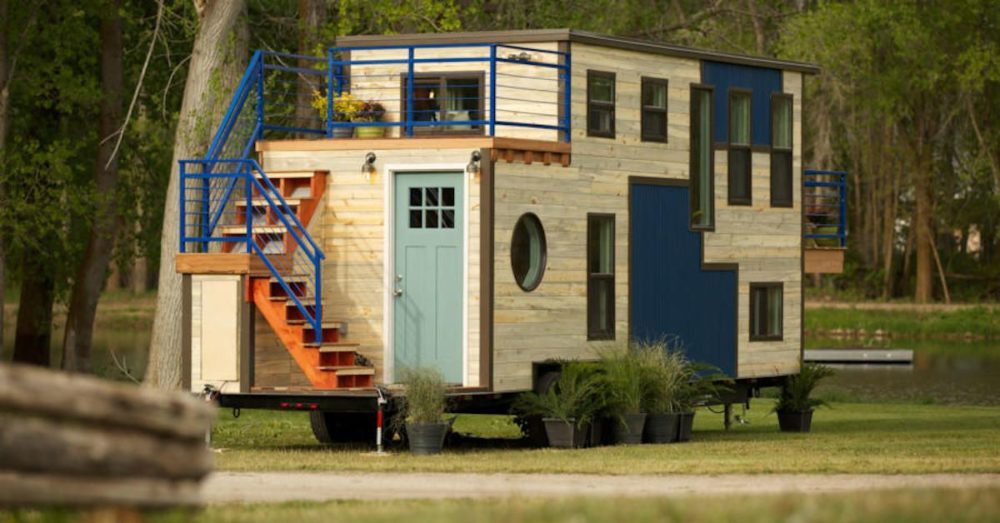 Although you can find tiny houses in rural parts of New York, none of the state’s towns have announced any easing of zoning rules to allow tiny houses to be built.

While the tiny home movement is becoming more popular in metro areas of Iowa with high living costs, it still won’t be easy to build your tiny home in this state. The main hindrance to tiny homes is down to the zoning districts which decide the minimum square footage.

Because of the high cost of living, a tiny home community in Montana would be very beneficial. Unfortunately, tiny homes aren’t acknowledged by most local ordinances at the moment.

In Montana, you can register a tiny building that you’ve self-built, but there will be restrictions similar to that of RVs or travel trailers.

Another state that hasn’t officially recognized tiny houses is Missouri. In many towns, tiny houses are classed as travel trailers. Regrettably, this consideration gives tiny homes restrictions that make it tricky to live legally. Tiny houses on wheels are also considered travel trailers.

A travel trailer means a portable unit on wheels that’s specially designed to provide a temporary living space for camping, traveling, or recreational use.

Why Is It Illegal To Live In A Tiny House In Some States?

Tiny home living technically isn’t illegal in America, but some states aren’t as open to the idea as others. In fact, some have laws that make it very difficult, sometimes impossible, to be able to build a tiny house.

Because of this, in certain states, you’ll have to put more work in to be able to live in your tiny building. This means acquiring the proper permits and complying with the safety regulations set by the city council.

Can You Live In A Tiny House Permanently?

Yes, providing that you acquire the required permits from the city council and you find a suitable piece of land for your home, you can live in it permanently. However, although a tiny home may sound like a good idea at first, it can be a bit more complex.

Whether living in a tiny house is right for you or not depends on your choice of land, how the house is built, and your lifestyle.