Derek “Deek” Diedricksen is working on another tiny house. This time a portable 24 square foot place he’s nicknamed the Gypsy Junker. This isn’t Deek’s first tiny house project, he’s built a cabin up in Vermont and is also writing a book called “Humble Homes, Simple Shacks, Cozy Cabins, Ramshackle Retreats, Funky Forts (And Whatever The Heck Else We Could
Squeeze In Here)”. Here’s what he says about this Gypsy Junker.

Here’s my semi-completed “Gypsy Junker” on wheels. It’s 24 square feet with sleeping space for two (bunk-style) and made almost entirely from curbside wood and pallets, including recycled nails and screws when possible. Its dutch-style door is made from two kitchen cabinets with a homemade pin mechanism to attach and seperate the two halves and will later feature an outdoor, built-in, kitchen prep area. Inside the cabin will be a mega-tiny home-built woodstove, made from a recycled gas grill tank. Its been the brainstorming H.Q. while building it and sparked literally dozens of ideas for my book. 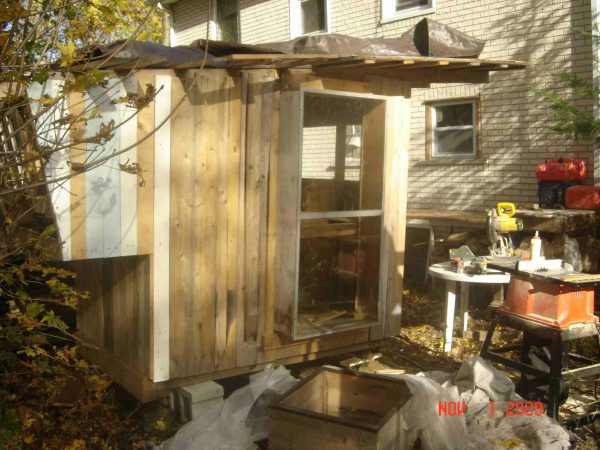 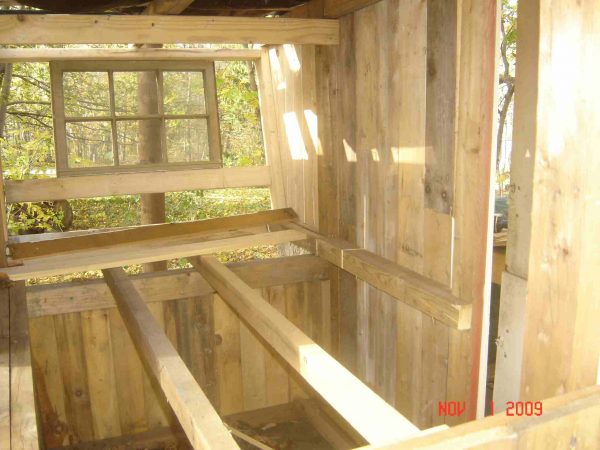