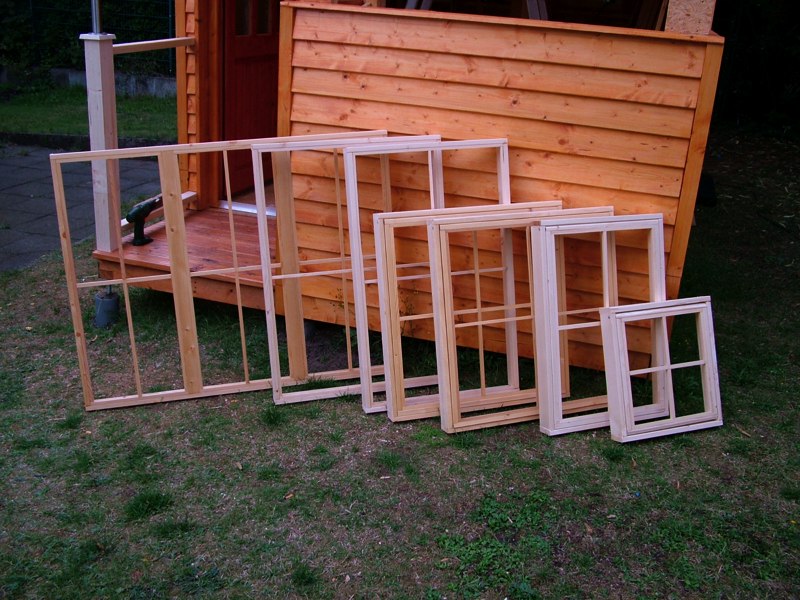 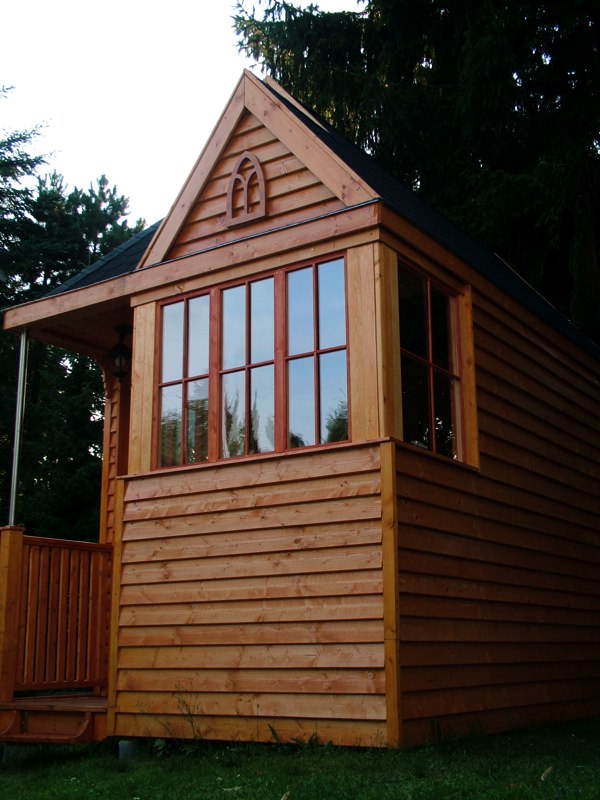 The other day my friend Kent, over at tinyhouseblog.com, posted a story about a fellow named Kai who has built a modified Tumbleweed WeeBee in Germany. I spent quite a bit of time looking through all the great construction photos that Kai has posted online and was especially interested in the windows he built from scratch.

Using Google Translate I was able to glean more information about his project and it seems that the building materials we take for granted here in America aren’t always available in Germany. So Kai improvised and made his own windows. I’m really impressed with how they turned out and I suspect they cost less than a commercially made windows, unless of course you count the time it must have taken to craft them.

The other big design differences you may notice is that this WeeBee is not on a trailer, and the roof pitch is not 12/12, it’s steeper. Kai wasn’t limited to a 13′ 6″ road height limitation so he decided to give himself more headroom. It seems that Kai used quite a bit of creative license with the Tumbleweed Tiny House plans he used, and why not… it’s Kai’s house. Really nice job Kai! Photo credit Kai Schaede. 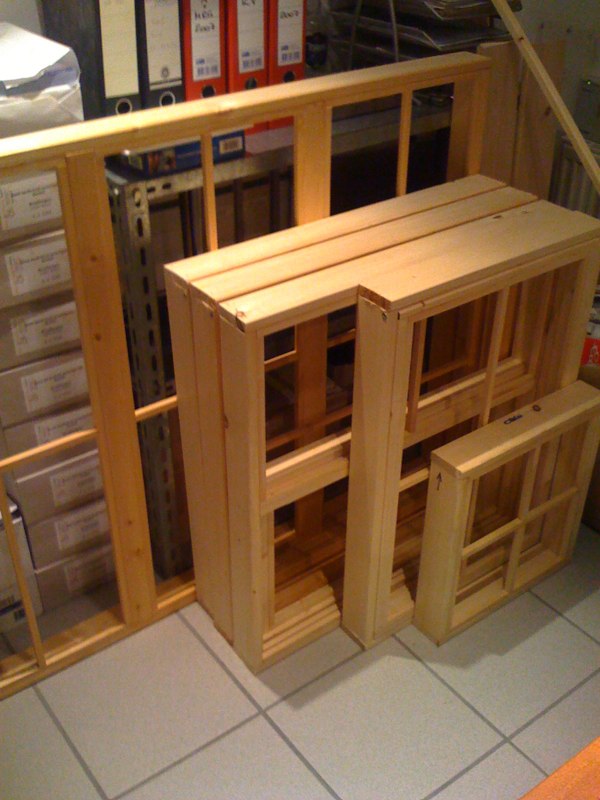 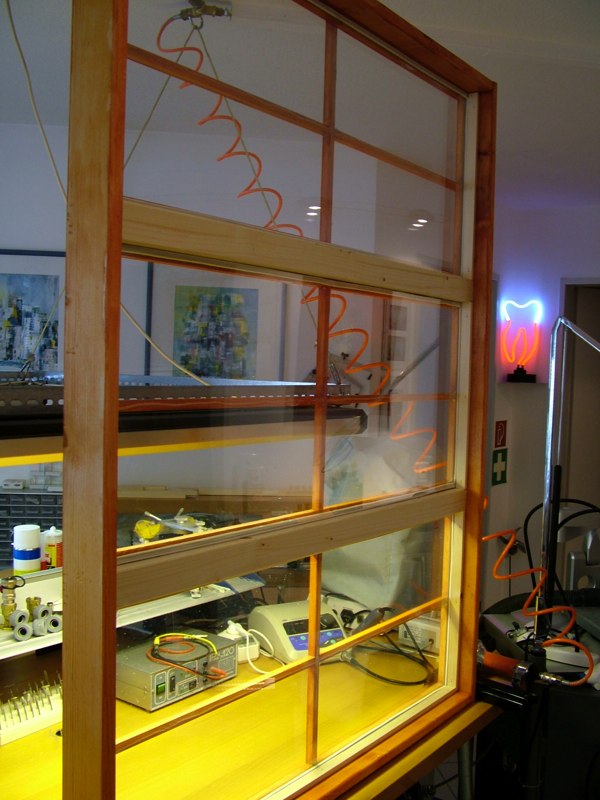