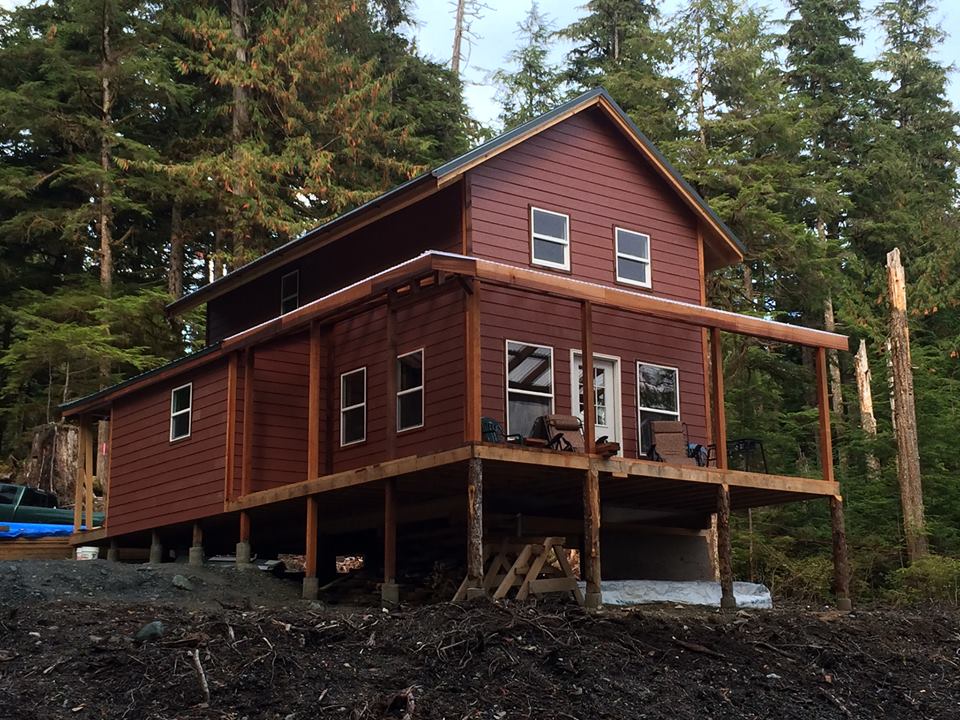 Ron bought one of my cabin plans, the 16×20 Pioneer’s Cabin, and took it to the next level. Here’s what he said.

“Michael, We just completed construction of the modified Pioneers Cabin.  I had an architect friend of mine modify the base plans.  It took 4 months and 9 days for me and my wife to build it.  I have included pictures.  This is built on 3.1 acres on the beach in Hollis, Alaska. My regards, and thank you for the reasonably priced base plans!”

Over the past few years I’ve found that most people that buy my plans tend to customize the designs. Truth be told, that’s actually my hope.

Building a tiny or small home is often within the reach of many folks – they just don’t know it. So by showing how a simple home can be put together, I hope to inspire others to build one themselves.

The house looks great Ron! Thanks again for sharing! 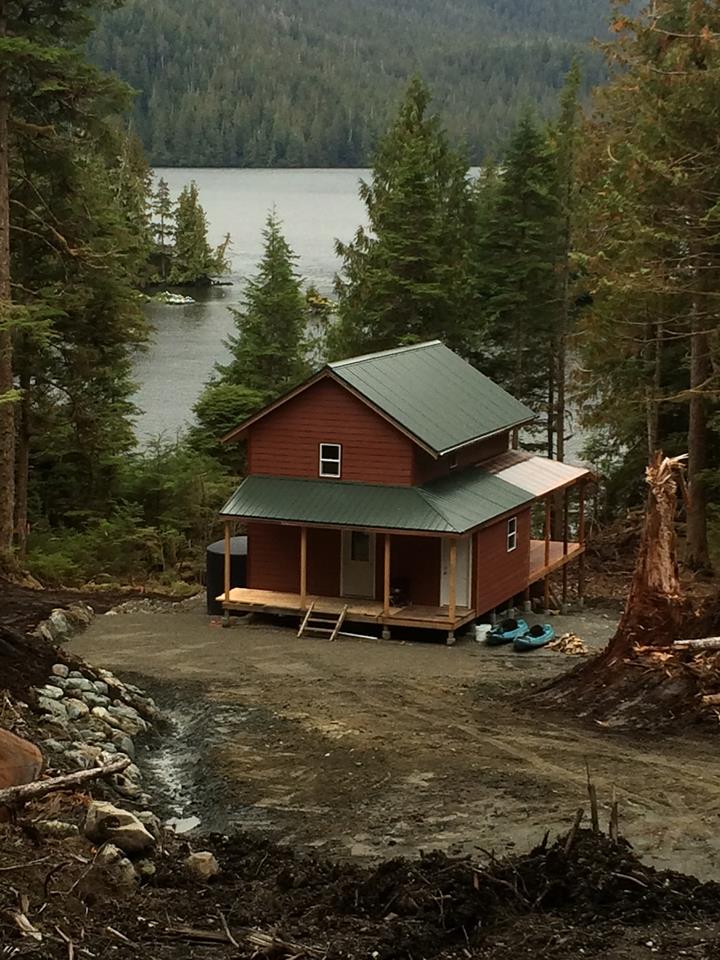 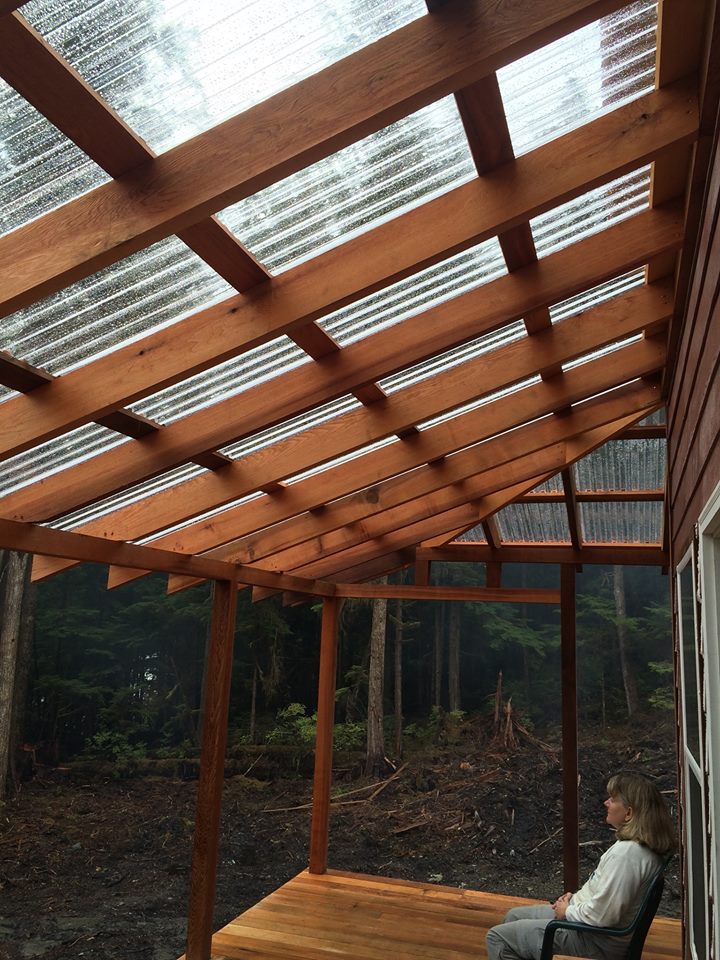