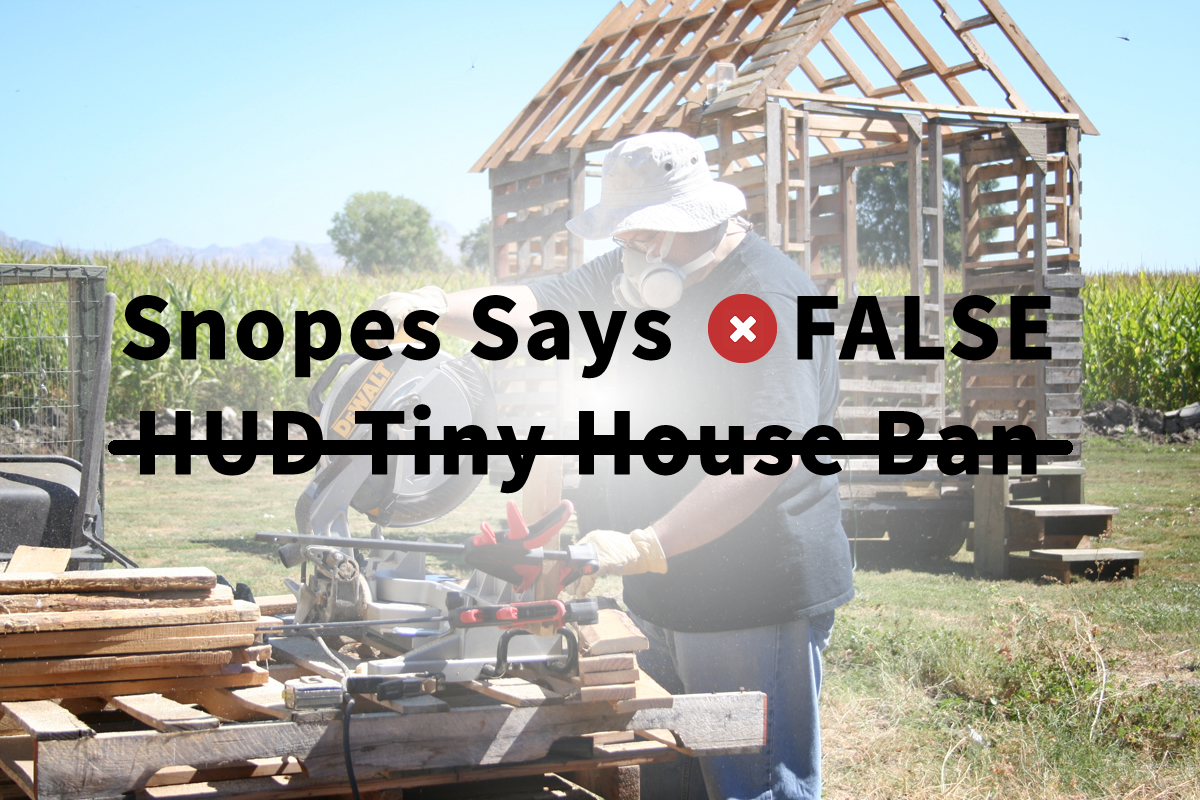 This latest post from Snopes squashes the rumor that HUD was going to ‘ban’ tiny houses. Opinions ranged widely, as they often do, but a careful read of the evidence Spopes compiled is compelling. Snopes also showed how Park Model and RV industry leaders would actually benefit from the proposed change.

Read the full Snopes article here. The conclusion from Snopes.com:

In short, while a number of confused commenters flooded HUD’s proposal page based on inaccurate rumors, the proposed rules were seen as a net positive by tiny home experts, RV enthusiasts, RV trade groups, and anyone deeply involved with full-time RVing or tiny house living. A handful of blogs broadly misinterpreted the proposed rule changes as HUD “outlawing” tiny homes, despite the fact HUD doesn’t possess the authority to pass such laws. The proposed rule rumored to be a “tiny house ban” was in fact simply a clarification of classifications for RVs and similar dwellings and in no way banned or criminalized tiny home ownership or building.

I still think the tiny house world has many challenges ahead with becoming fully recognized, but it appears this particular proposed change by HUD will have little impact on our tiny world.