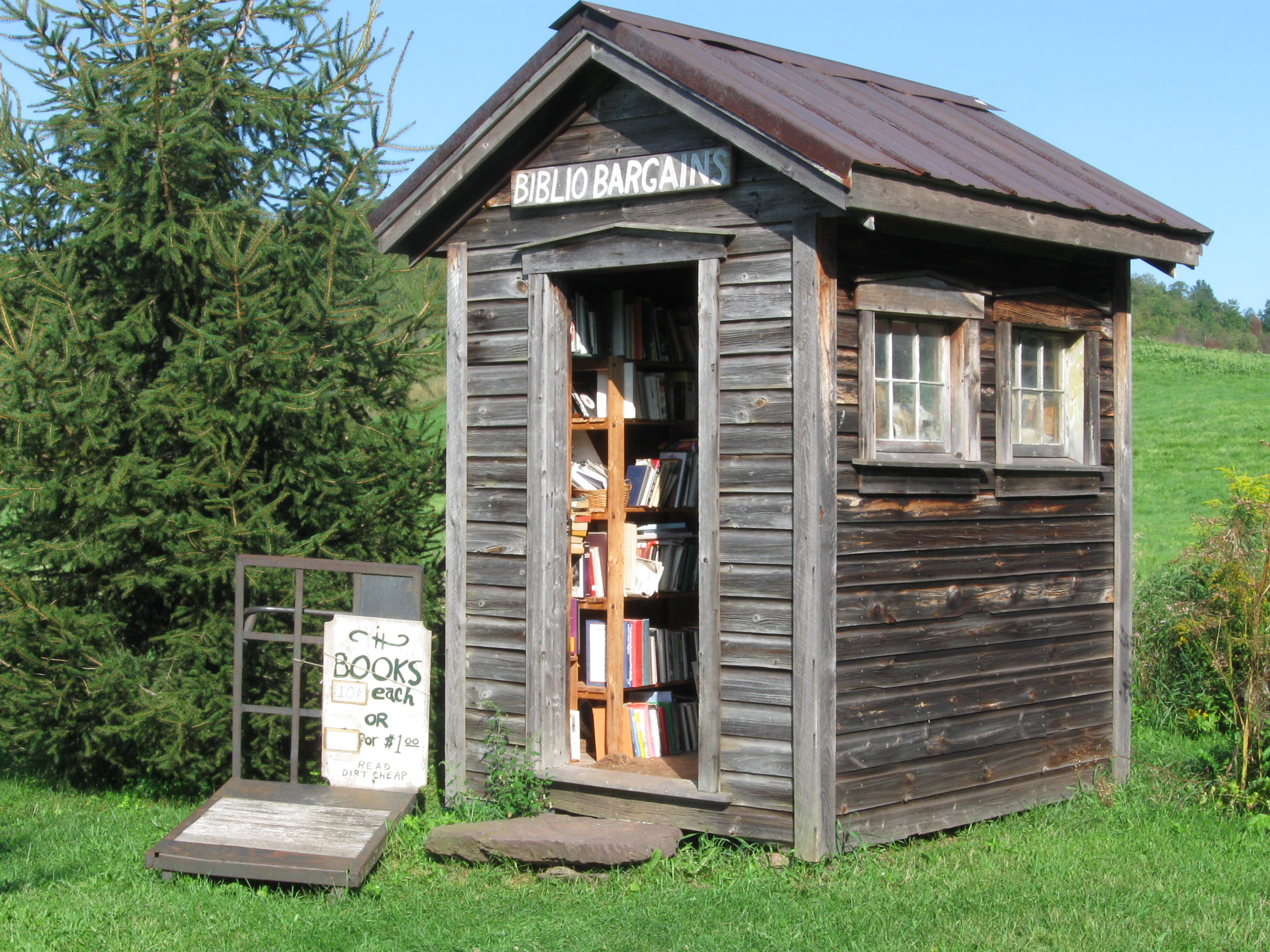 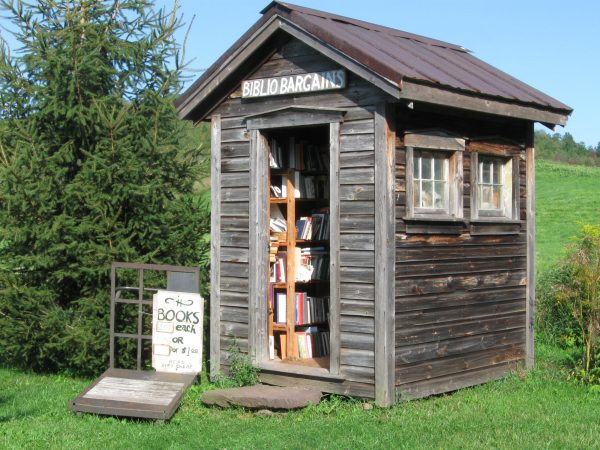 You might remember the story I posted a few weeks ago about a tiny house built on a rock, which was sent to me by one of my readers, Mark Rogers. Mark just sent me another story of a tiny house in the Catskills.

The following is a guest post by Mark M. Rogers

I wish I could say that I met HL and Linda Wilson in pursuit of a rare book of grand philosophical insight. Instead I made my way into the Bibliobarn in South Kortright, New York for what was to become the first of many times simply to post a flyer advertising a small cabin I was selling. Linda and HL loved the cabin and considered moving it to their place. We explored a number of needs and options and I ended up building them a tiny 5’ X 8’ shed for an outhouse. Life has priorities. HL already had a composting toilet on order. Though no one voiced it, we all knew a couple of books would make their way in there for those inclined to leisurely, “reads” or those seeking moving prose. It was late in the fall when I set about building my first and only bibliobiffy.

Linda and HL were of many minds about where to site the outhouse. To move beyond this impasse I suggested we build it on 8” X 8” skids with a steel tongue underneath for easy towing. Because it was going to be moved it was sheathed in plywood to minimize racking. With the exception of the sheathing, skids and fasteners, all other materials were salvaged from a nearby chicken coop that had caved it.

This mobile unit has never wandered from its original site though it has strayed from its original purpose. It is now the bargain book section of the store. The barn itself has seen quite a bit of improvement and the bargain book shed now looks like the oldest structure on the property. The Bibliobarn was featured in The New York Travel Section in 2005. If you’re looking for a book or a still-in-the-box composting toilet you can contact the Bibliobarn at bibliobarntoo@catskills.net 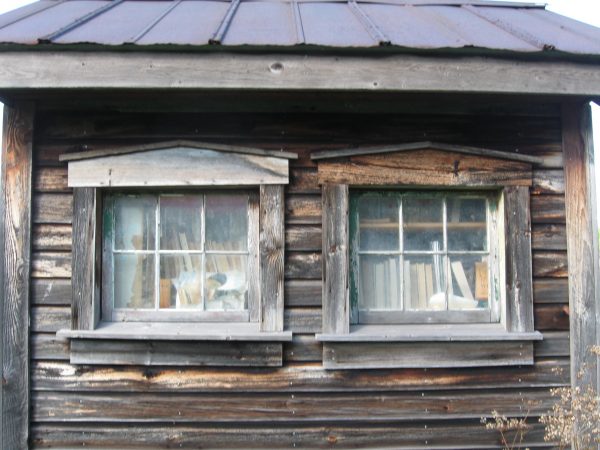 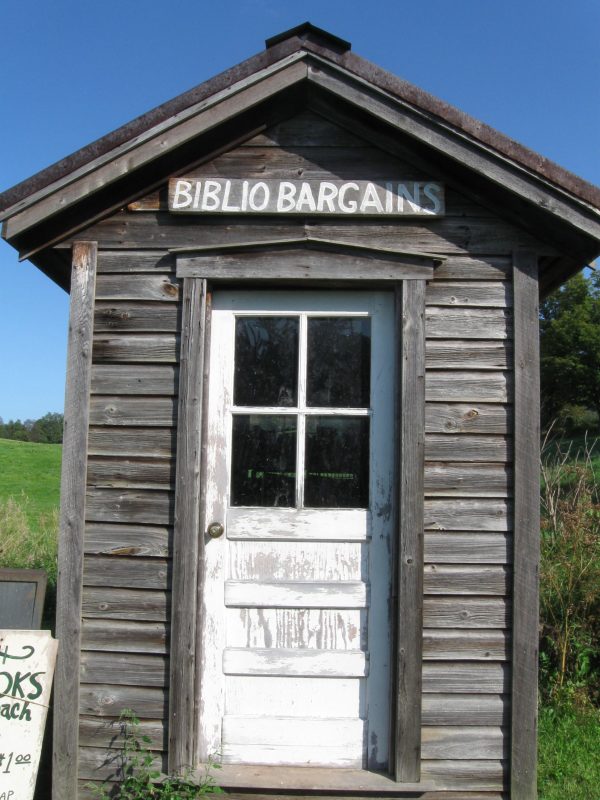