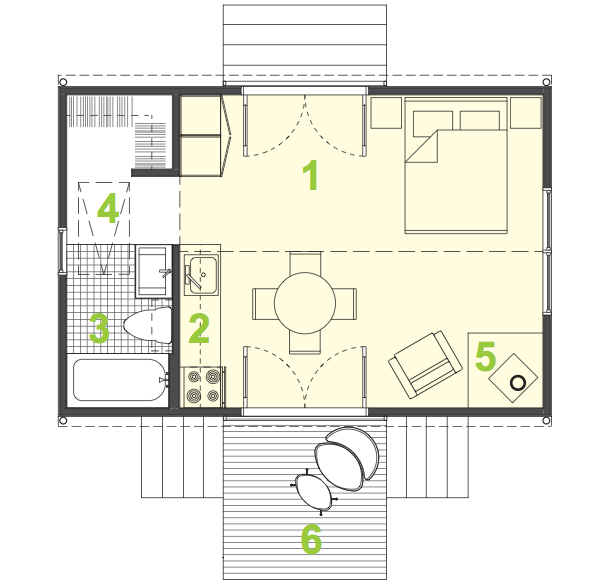 This is a small 400 square foot kit house that comes ready to assemble and is built by Zamore Homes in Houston, Texas. It’s made from standard off-the-shelf parts and through clever design can be flat packed and delivered to your building site. If 400 square feet isn’t enough space they have many more larger designs. This one measures 16′ by 24′ and has all the essentials and has a nice traditional design. For more information visit the Zamore Homes website.