Photo credit to Evan and Gabby

Camping trailers are a common sight – mobile tiny houses are still a bit of a novelty. Some of the aesthetic differences are immediately recognizable but then the similarities begin to blur. Below is a quick run down of how these two housing choices compare & contrast.

Both solutions can help you find a way to live more simply, untethered from some building restrictions in the gray area between rentals and normal homes. Lastly, they can also both provide a safe, mortgage-free home to those needing or wanting to downsize their lives. In questionable economic times having the added security of owning one’s own home – no matter the size – can provide that needed safety net. 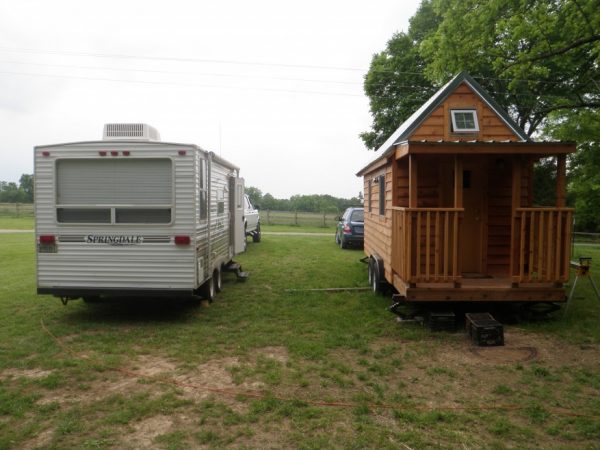