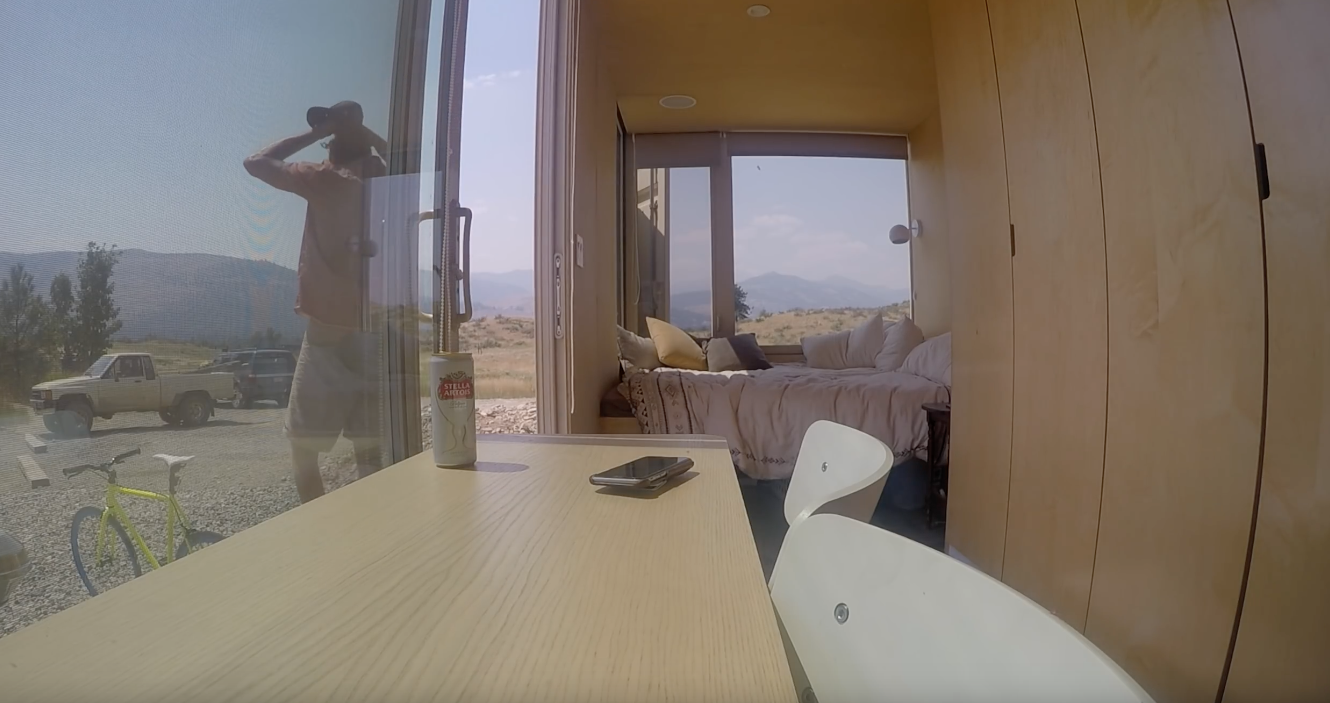 Kirsten Dirksen recently visited Shiah Lints and his 20-foot container home in Winthrop, Washington. He downsized from a 2,500 square foot farmhouse into an 8×20 shipping container home he built himself.

The shipping container he chose was a bit different than a standard container with doors on an end. In addition the normal door on one end, this container has two large doors that completely open-up one side. This allowed him to avoid altering the container and still have tons of light inside the home.

Just inside the steel doors he built walls with large windows and a sliding door. When he’s away he can close the house up securely behind the steel doors. When he’s home the outer doors open quickly and open the house up to his mountain views. The container also came with a 300-pound snow load limit – which was overkill for his location which typically needs to account for a 120-pound snow load.

To create the interior wall surfaces and insulate the house, he used the highest R-value foam board he could find and simply attached it to a wood beam that he added around the interior perimeter of the ceiling. The foil faced foam board filled the gaps and some added steel C-channel provided extra strength and a surface to attach the plywood. The end result is that there’s virtually no thermal bridging between the exterior and interior. 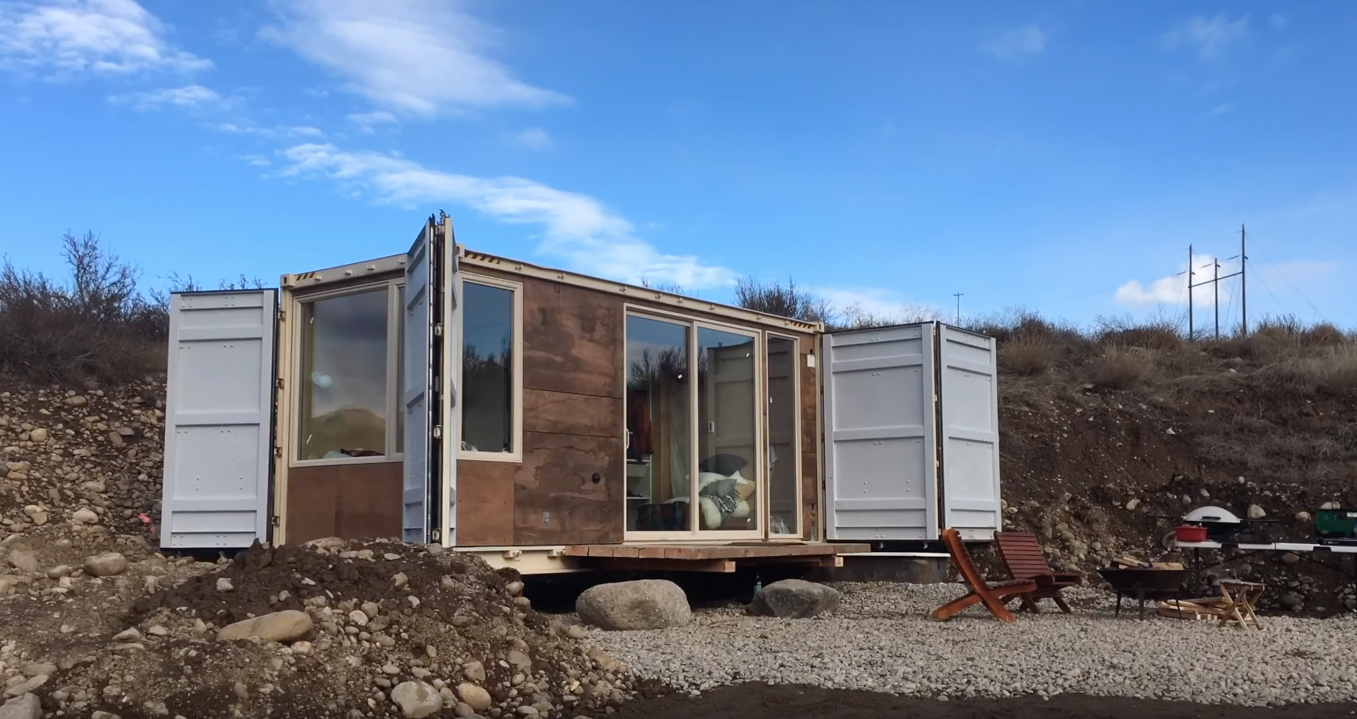 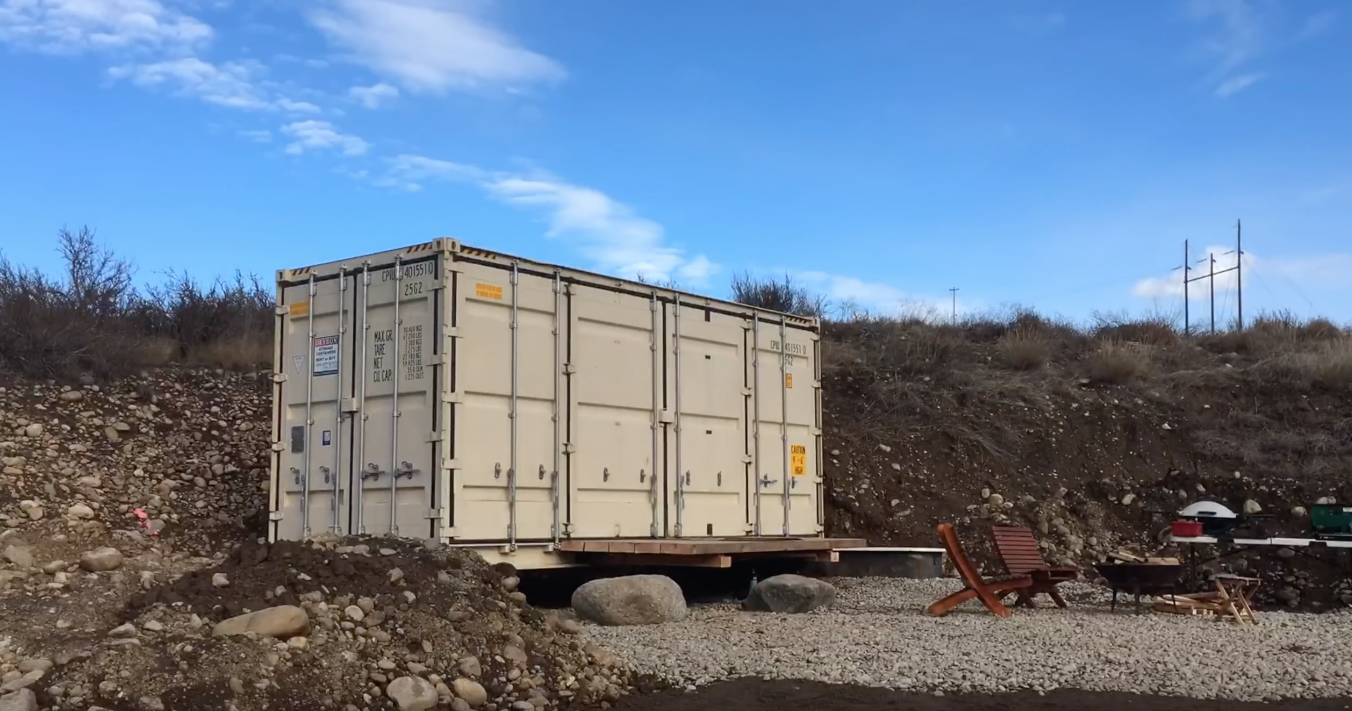 Shiah has done a wonderful job with this tiny container home and has demonstrated how an owner-builder could be make one without altering the container. If you’re considering building a container home look for containers that already have large doors on there sides.